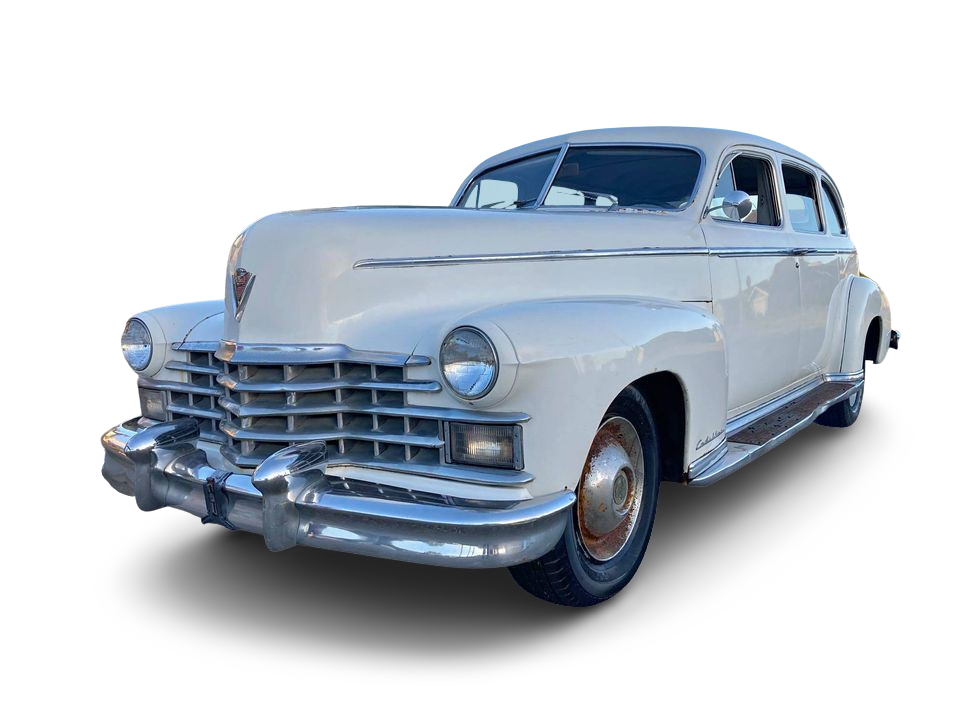 For 1941, the wheelbase was reduced to 136 in (3,454 mm), though power on the 346 cu in (5.7 L) L-head V8 engine was up to 150 hp (112 kW). The one piece hood came down lower in the front, included the side panels and extended sideways to the fenders. A single rectangular panel of louver trim was used on each side of the hood. The rectangular grille was wide, vertical, and bulged foreword in the middle. Rectangular parking lights were built into the top outer corners of the grille. Headlights were now built into the nose of the fenders,and provision for built in accessory fog lights was provided under the headlights. Three chrome spears appeared on the rear section of all four fenders. Rear fender skirts were standard. Unlike other Cadillacs the Series 75 could only be ordered with running boards.

The Series 75 returned after the war as Cadillac's largest model. It retained most of its pre-war styling and rode on the long 136 in (3,500 mm) wheelbase and used a distinctive body not shared with other general Motors divisions. Five different touring sedan configurations were featured: with quarter windows; with auxiliary jump seats; business; Imperial seven-passenger and Imperial nine-passenger (the latter two both having jump seats). The engine was the same 346 in³ L-head V8 used by other Cadillacs that year. Standard equipment included large wheel discs, fender skirts, hood, side and lower beltline moldings and stainless steel runningboards.

Unchanged in all but minor details for 1947, the big Series 75 continued to use the touring sedan body with a stately prewar appearance. It came in the same five configurations marketed the year before and had the same assortment of standard equipment geared to the luxury class buyer.

To accommodate luxury-class buyers the long wheelbase Series 75 was carried over in 1949 without any basic changes except that a more conventional dashboard design appeared featuring a horizontal speedometer. The new Cadillac OHV V8 was the big news for 1949. This 331 cu in (5.4 L) engine produced 160 hp (119 kW).