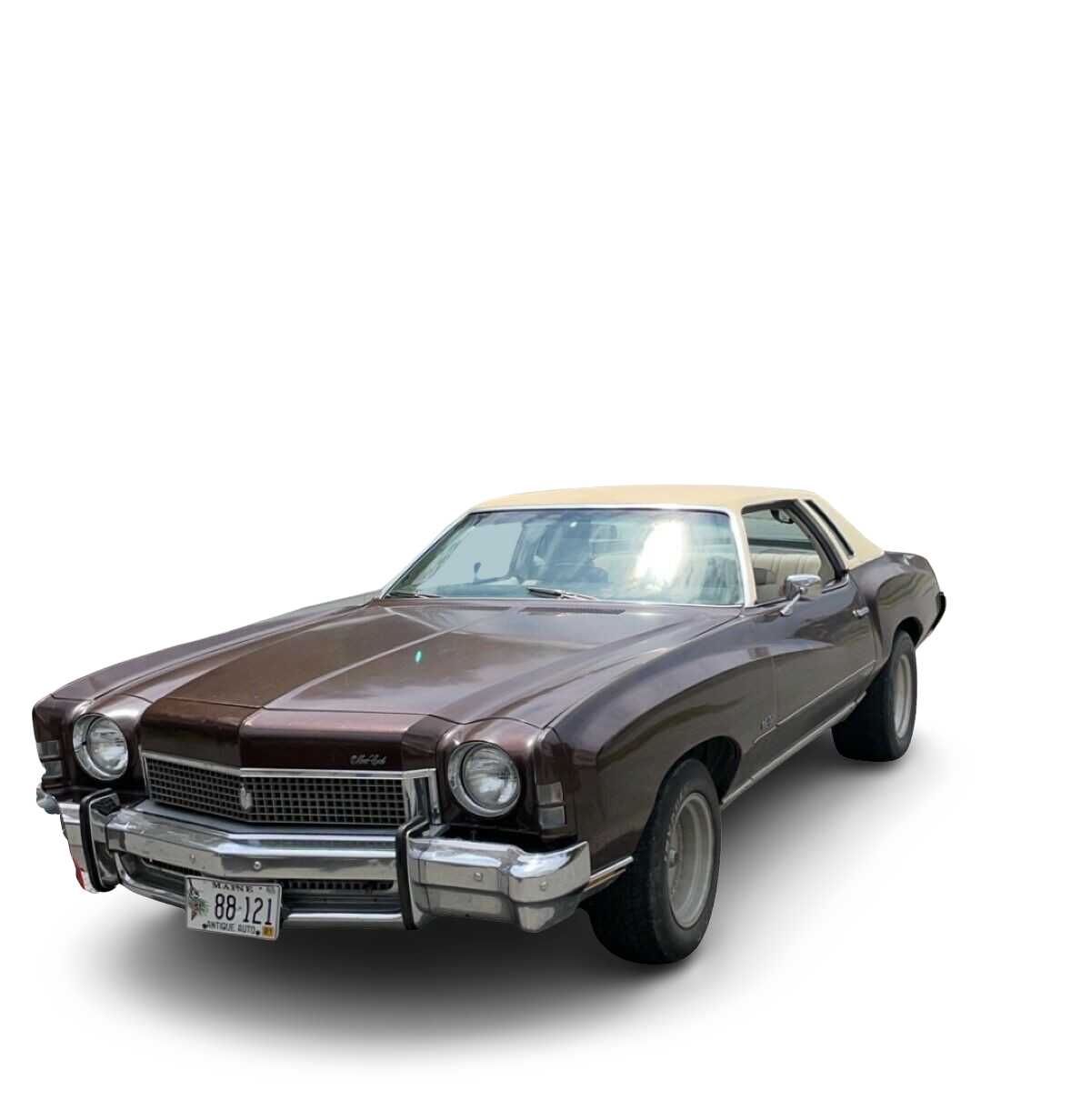 The Chevrolet Monte Carlo is a two-door coupe that was manufactured and marketed by the Chevrolet division of General Motors. Deriving its name from the namesake Monegasque city, the Monte Carlo was marketed as the first personal luxury car of the Chevrolet brand. Introduced for the 1970 model year, the model line was produced across six generations through the 2007 model year, with a hiatus from 1989-1994. The Monte Carlo was a closely aligned variant of the Pontiac Grand Prix through its entire production.

From 1970 to 1972, the Monte Carlo used the "A-Special" platform with the Grand Prix, shifting to the A-body intermediate chassis for 1973-1977. For 1978, the model line underwent extensive downsizing; a major revision saw the A-body chassis redesignated as the G-body for 1981. After an abbreviated 1988 model year, the Monte Carlo was replaced by the two-door Chevrolet Lumina.

A redesigned Monte Carlo was introduced alongside other GM intermediates. Like other GM mid-size cars, the 1973 Monte Carlo was no longer a hardtop, but a pillared coupe with rear side opera windows and frameless door glass. Prominent styling features included an egg-crate grille with a Monte Carlo emblem in front and vertical taillights above the bumper. The front bumper was a large federally mandated 5 mph (8.0 km/h) bumper that was among the required 1973 federal safety standards for all passenger cars sold in the U.S. with the 5 mph (8.0 km/h) requirement extended to rear bumpers on 1974 models. Also new was a double-shell roof for improved noise reduction and rollover protection along with the flush-mounted pull-up exterior door handles first introduced on the 1970½ Camaro and 1971 full-sized Chevrolets and Vegas.

The separate body-on-frame construction carried over for 1973, as was the basic all-coil suspension. For improved ride and handling, the 1973 Monte Carlo featured a number of innovations (for a large American car) such as standard radial-ply tires, Pliacell shock absorbers, high-caster steering, and front and rear anti-roll bars (previously offered only with the SS package). The standard Monte Carlo with manual transmission retained "traditional" steering and bias-ply tires, but the radial-tuned system was included when the automatic transmission was ordered, earning the Monte Carlo S label.

A new model for 1973 was the Monte Carlo Landau, which was basically an "S" with a rear quarter Landau vinyl roof, Turbine II wheels as well as driver and passenger-side sport mirrors. The interior of the 1973 Monte Carlo featured an all-new, wraparound cockpit-style instrument panel, similar to that found in some contemporary Pontiacs, Oldsmobiles and Buicks, in which gauges and various instruments were centered within easy reach of the driver. The simulated burl elm trim was retained. A split bench seat was standard, but "Strato Bucket" seats of a new design were optional, along with a floor console featuring an equally new shifter with knob and button similar to Pontiac's Rally Sports Shifter replacing the Buick-like horseshoe shifter of previous years, and storage compartment. The bucket seats were of a one-piece high-back design with built-in headrests and could swivel almost 90 degrees to permit the driver and front passenger easier entry and exit. Cloth and vinyl trims were offered with both the bench and bucket seats.

The 1973 Monte Carlo was named "Car of the Year" by Motor Trend on the basis of its new styling and emphasis on Euro-style ride and handling. The 1973 Monte Carlo set a new sales record for Chevrolet, with nearly 250,000 sold for the model year. The success of the Monte Carlo and Pontiac's similar Grand Prix led to several new personal luxury cars from competitors, including a revised Mercury Cougar, the Ford Gran Torino Elite, the Chrysler Cordoba, and restyled Dodge Charger as well as high-line versions of the AMC Matador that introduced a new coupe design for 1974.