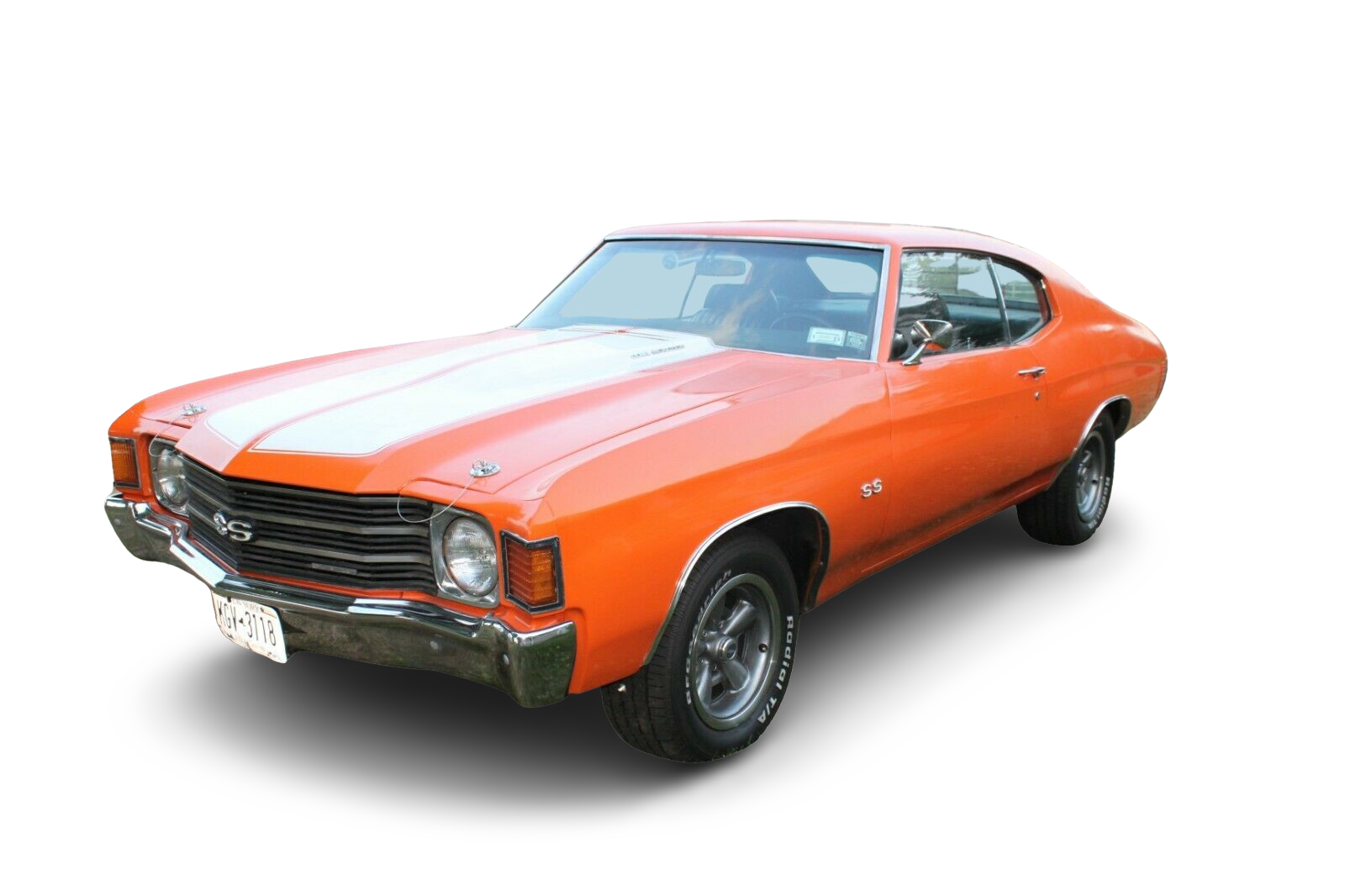 Named after coastal community of Malibu, California, the Malibu was marketed primarily in North America, with the eighth generation introduced globally. With the discontinuation of the Chevrolet Impala in March 2020 and the Chevrolet Sonic in October 2020, the Malibu is currently the only sedan offered by Chevrolet in the U.S.

Malibus and all other Chevelles were completely restyled for 1968 with semi-fastback rooflines on two-door hardtops and wheelbases split to 112 inches (2,800 mm)} on two-door models and 116 for four-door sedans and station wagons. Engine offerings included a new 307 cu in (5.0 L) V8 rated at 200 hp (149 kW; 203 PS) that replaced the 283 cu in (4.6 L) V8 that had served as the base V8 since the Chevelle's introduction in 1964. Inside was a new instrument panel featuring round gauges in square pods similar to what would appear in Camaros the following year. New for 1968 was the Concours luxury option for Malibu sedans and coupes that included upgraded cloth or vinyl bench seats, carpeted lower door panels, woodgrain trim on dash and door panels, a center console and floor shifter (only with the hardtop and convertible, which was shared with the SS396) and Concours nameplates. There was again a top-line Concours Estate wagon with simulated woodgrain trim that had the same interior and exterior appointments as the Malibu sedans.

New grilles and rear decks with revised taillights highlighted the 1969 Malibus and other Chevelles. Instrument panels were revised and front seat headrests were now standard equipment due to federal safety mandate. The ignition switch moved from the instrument panel to the steering column and also doubled as a steering wheel lock. The 307 continued as the base V8, but the 327 engines were replaced by new 350 cu in (5.7 L) V8s of 255 and 300 hp (190 and 224 kW; 259 and 304 PS). GM's three-speed Turbo Hydra-Matic transmission, previously only offered on SS-396 Chevelles (RPO M40), was now available on all models with all engines (THM400s were used with the 396 while the THM350 (RPO M38) first introduced with the Camaro and Nova) was phased in with the small blocks optioned, including the six-cylinder and small-block V8s which in previous years were only available with the two-speed Powerglide. A police package Chevelle 300 (pillared 4 door sedan) was available for the 1969 model year which came with the L35 code 396 - it was built in few numbers when the Chrysler Corporation held the market for its law enforcement orders. Some 1964 and 1965 Chevelle 300s came with the BO7 police package but was powered with the inline six.

For 1970, the Malibu was initially the only series of Chevelle offered, aside from the SS-396 and new SS-454, as the low-line 300 and 300 Deluxe models were discontinued for the American market (it continued in Canada until 1972), which also eliminated the two-door pillared coupes from the Chevelle lineup – which were never included in the Malibu series. New grilles, rear decks with taillights moved into the bumper and revised Sport Coupe roofline highlighted this year's changes. The standard six-cylinder engine was punched up from 230 cu in (3.8 L) to 250 cu in (4.1 L) and 155 hp (116 kW; 157 PS), while the same assortment of V8s carried over with the addition of a 330 hp (246 kW; 335 PS), 400 cu in (6.6 L) V8 on non-SS Chevelles. At mid-year, the Malibu was rejoined by lower-line Chevelle models that were simply called the base Chevelle in both four-door sedans and two-door hardtops.

In 1971, Malibus and all other Chevelles got a new grille surrounded by single headlamps replacing the duals of previous years, and four round taillights similar to Camaros and Corvettes were located in the bumper. All engines were detuned to use lower-octane unleaded gasoline this year per GM corporate policy as a first step toward the catalytic converter-equipped cars planned for 1975 and later models which would require no-lead fuel.

Only new grilles highlighted the 1972 Malibu and other Chevelles. All bodystyles were carried over from 1971, but 1972 would be the final year for hardtops and convertibles as the redesigned Chevelles originally planned for this year, but delayed until 1973, would feature Colonnade styling with side pillars and frameless door windows. The 1972 Chevelle was also ordered with the police package which used RPO 9C1 (which became the default SEO (service option) code for subsequent Chevrolet PPV packages).

OLDER RESTORATION THAT IS STILL IN GREAT CONDITION

350 WITH B&M SUPER CHARGER, .30 OVER WITH 041 HEADS EDELBROCK CARB, HEADERS WITH DUAL EXHAUST

SOLID BODY WITH NO RUST OR BONDO PATCHES

FRAME AND FLOORS WERE PAINTED WITH NO RUST OR PATCHES

GET IN IT AND DRIVE ANYWHERE