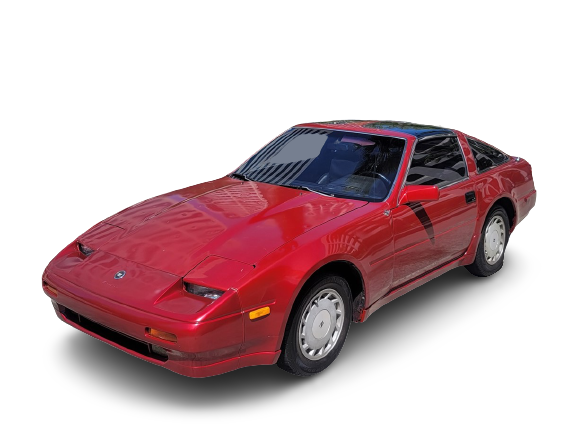 The Nissan 300ZX is a sports car in the Nissan Z-car family that was produced across two similar but unique generations. As with all other versions of the Z, the 300ZX was sold within the Japanese domestic market under the name Fairlady Z.

It was sold in Japan from 1983 to 2001 and in the United States from 1984 to 1996, the 300ZX name followed the numerical convention initiated with the original Z car, the Nissan S30, which was marketed in the U.S. as the 240Z. The addition of the "X" to the car's name was a carryover from its predecessor, the 280ZX, to signify the presence of more luxury and comfort oriented features. The first generation 300ZX known as the Z31 model was produced from 1983 through 1989 and was a sales success becoming the highest volume Z-car for Nissan.

The Z31 chassis designation was first introduced in Japan on September 16, 1983, as the Fairlady Z. Designed by Kazumasu Takagi and his team of developers, the Z31 improved aerodynamics and increased power when compared to its predecessor, the 280ZX. The newer Z-car had a drag coefficient of 0.30 and was powered by Japan's first mass-produced V6 engine instead of the inline-sixes of the previous Z-cars. According to Nissan, the new V6 engine was intended to uphold the sporty, six-cylinder spirit of the original Fairlady Z, but in a more compact and efficient package.