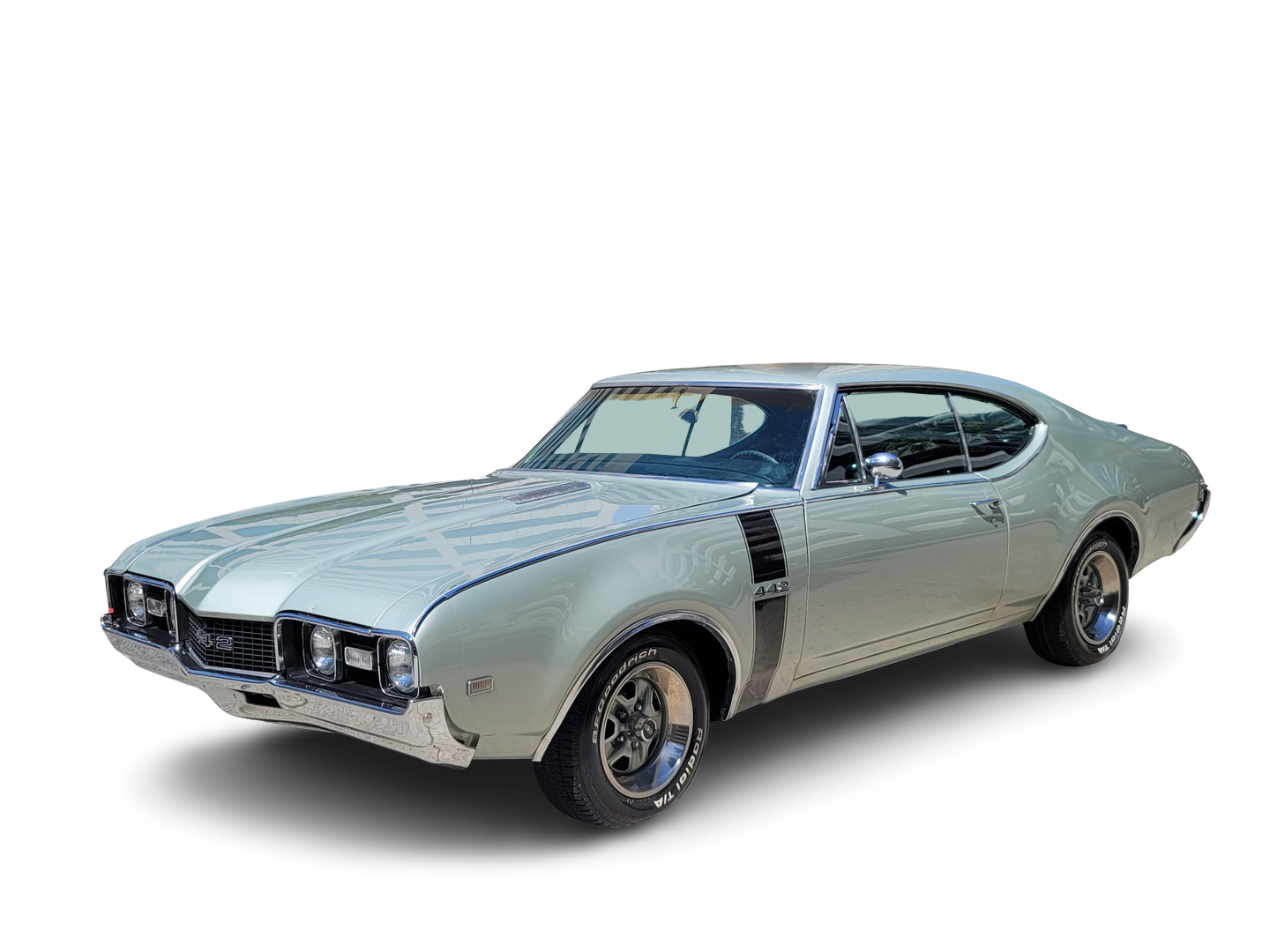 The Oldsmobile 4-4-2 (also known as the 442) is a muscle car produced by Oldsmobile between the 1964 and 1987 model years. Introduced as an option package for US-sold F-85 and Cutlass models, it became a model in its own right from 1968 to 1971, spawned the Hurst/Olds in 1968, then reverted to an option through the mid-1970s. The name was revived in the 1980s on the rear-wheel drive Cutlass Supreme and early 1990s as an option package for the new front-wheel drive Cutlass Calais.

The "4-4-2" name (pronounced "Four-four-two") derives from the original car's four-barrel carburetor, four-speed manual transmission, and dual exhausts (Some maintain that the '2' indicated positive traction rear differential). It was originally written "4-4-2" (with badging showing hyphens between the numerals), and remained hyphenated throughout Oldsmobile's use of the designation. Beginning in 1965, the 4-4-2s standard transmission was a 3 speed manual along with optional 2 speed automatic and 4 speed manual, but were still badged as "4-4-2"s. By 1968 badging was shortened to simply "442", but Oldsmobile brochures and internal documents continued to use the "4-4-2" model designation.

All standard 1968 4-4-2 engines are painted a bronze–copper color, as with the 1967s, topped with a fire-red air cleaner. W-30 option cars were equipped with Ram Air intake hoses leading from a chrome-topped dual snorkel black air cleaner to special under-bumper air scoops and set off by bright red plastic fender wells. In addition, a Turnpike Cruiser option was made available with a two-barrel carburetor; this was previously available on the Cutlass Supreme for 1967. 1968 was the first year for side marker lights and front outboard shoulder belts, and the last year for vent windows on hardtops and convertibles. 4-4-2s for '68 had unique rear bumpers, with exhaust cutouts and special exhaust tips.

1968 OLDSMOBILE 442
CLEAN TITLE IN HAND
455 ENGINE
AUTOMATIC TRANSMISSION
THE MOTOR AND TRANSMISSION HAVE AROUND 4,000 MILES SINCE REBUILT
POWER STEERING
ORIGINAL SHEET METAL FLOOR PANS AND TRUNK PANS ONLY ONE REPAINT
NICE CHROME AND GLASS
ORIGINAL INTERIOR IS IN GREAT CONDITION
A/C COMPRESSOR AND BRACKETS ARE INCLUDED
THIS 1968 OLDSMOBILE 442 RUNS, DRIVES AND LOOKS GREAT
HERE IS YOUR CHANCE TO OWN THIS GREAT CLASSIC!