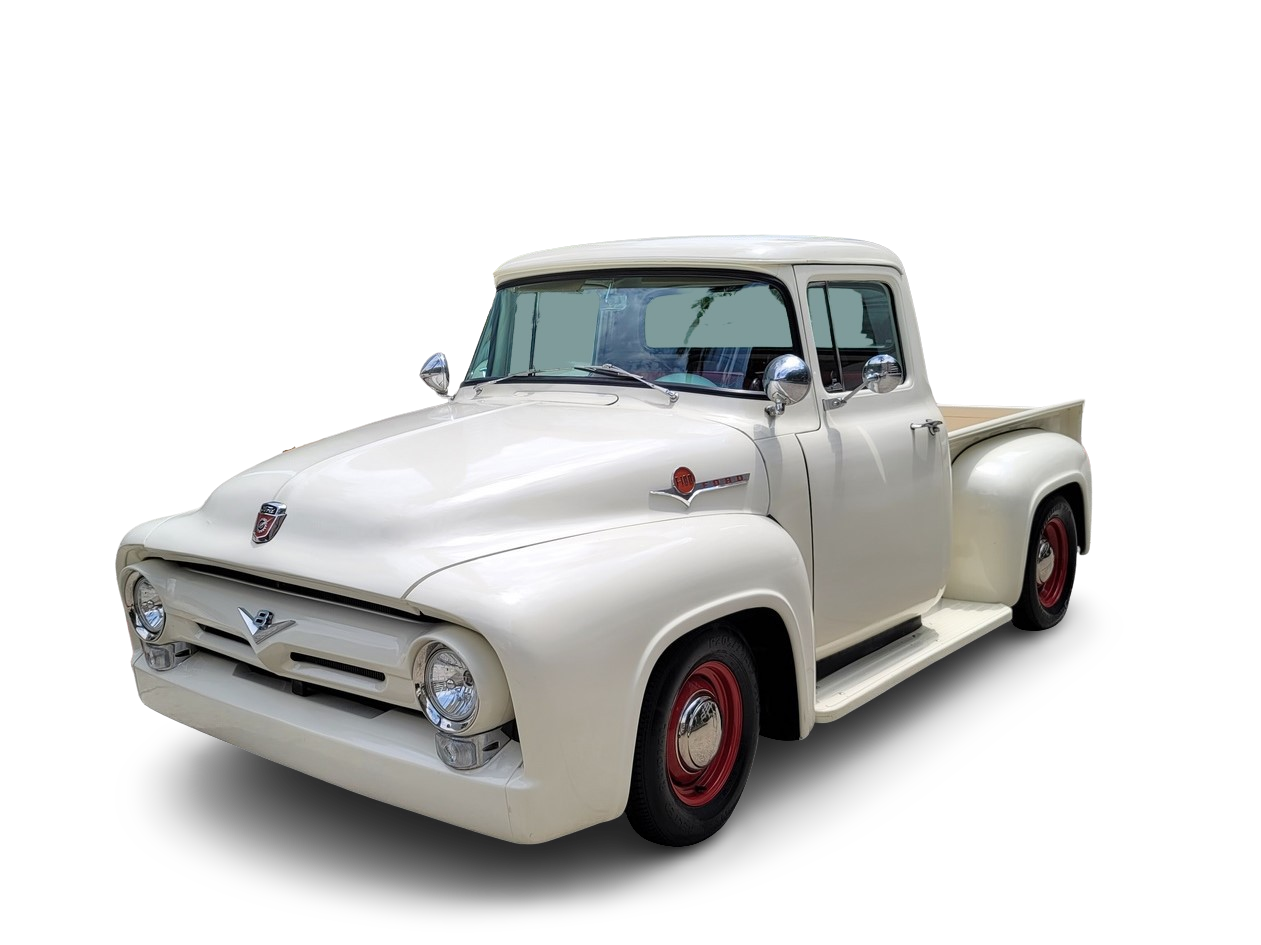 While the cabs, doors, radiator support, inner fenders and hoods are the same from 1953 to 1956 F-100 & F-250s (the fenders varied on F-250, F-350, F-500 and long boxes were only available on F-250), in 1956 the cab underwent a major revision. Centered around a wraparound windshield, the cab was given new doors, a redesigned dashboard, and an (optional) panoramic rear window. In line with Ford cars, the 1956 F-Series offered seat belts as an option.