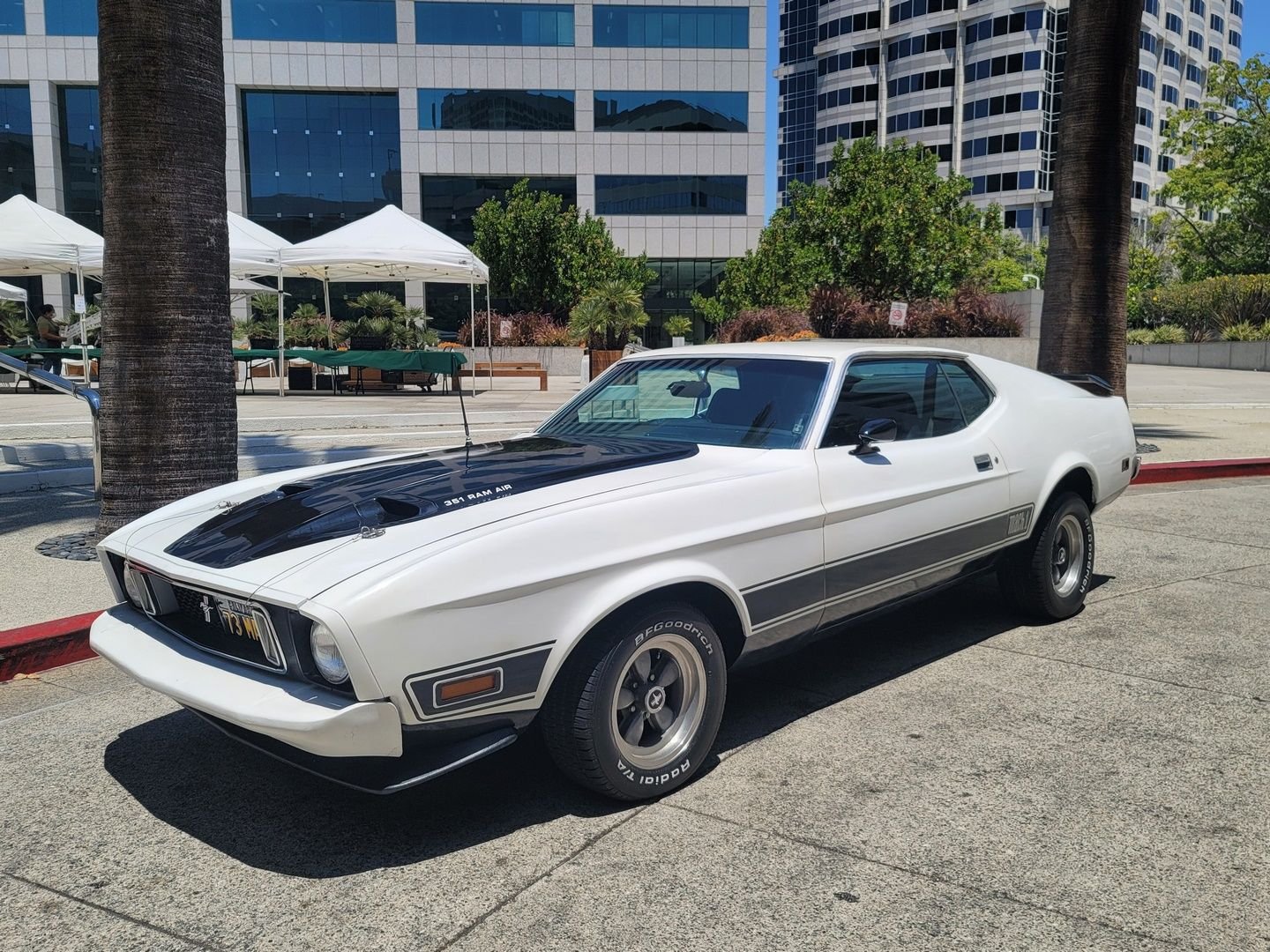 The Ford Mustang Mach 1 is a performance-oriented option package of the Ford Mustang, originally introduced by Ford in August 1968 as a package for the 1969 model year. The Mach 1 title adorned performance oriented Mustang offerings until the original retirement of the moniker in 1978, returning briefly in 2003,2004 and most recently 2021.

As part of a Ford heritage program, the Mach 1 package returned in 2003 as a high performance version of the New Edge platform. Visual connections to the 1969 model were integrated into the design to pay homage to the original. This generation of the Mach 1 was discontinued after the 2004 model year, with the introduction of the fifth generation Mustang.

Ford first used the name "Mach 1" in its 1969 display of a concept called the "Levacar Mach I" at the Ford Rotunda. This concept vehicle used a cushion of air as propulsion on a circular dais.

One of the most recognizable features of the '71–'73 Mach 1s is the hood design with dual scoops. The hood was a no cost option on the 302 cars and standard on all others. The basic NASA hood came as a non-functional item, but when ordered with the Ram Air option, it became truly functional. The Ram Air option included a vacuum controlled door inside each scoop, and a fiberglass under-hood 'plenum' that directed cool, outside air through a modified, rubber-ringed air filter housing and into the carburetor. The ram-air option also included a pair of 1970 Mach1-style chrome twist hood locks and a two-tone hood paint treatment in either 'matte black' or 'argent' (matte silver), which coordinated with the decals and striping. The option also received either a "351 RAM AIR" or "429 RAM AIR" decal on each side of the hood, depending upon the engine ordered.

In 1972, the 429CJ & SCJ engines were dropped from the lineup, and horsepower ratings dropped across the board due to the switch to new SAE net horsepower calculations and a 4 degree camshaft retard built into the timing set. This year also produced the fewest Mach 1 sales of the 1971–73 generation. There are no major differences in the '71 and '72 Mach 1s externally. The '72 Mach 1 also saw deletion of the pop-open gas cap, which was replaced with the standard twist-on cap found on the other Mustang models that year. The 302 Windsor remained as the base Mach 1 engine. There were again three 351 Cleveland engine options for '72. A 2 barrel, the 4 barrel 351CJ and a new for '72 R-code 351HO, essentially a lower compression Boss 351 engine.

The Mach 1 received some significant appearance updates for 1973. The lower body accent paint and bright trim were gone and the entire car was one color top to bottom. All 1973 Mach 1s received a wide body-side tape stripe in either black or argent, that featured a "MACH 1" cutout on the front of the quarter panel, and a standard "MUSTANG" script emblem on the fender. The deck lid tape stripe was revised, with the "MACH 1" lettering now incorporated into the passenger side of the stripe, instead of centered above it as in 1971 and 1972. The valance cutouts and bright tips were no longer available on 4V cars for 1973.