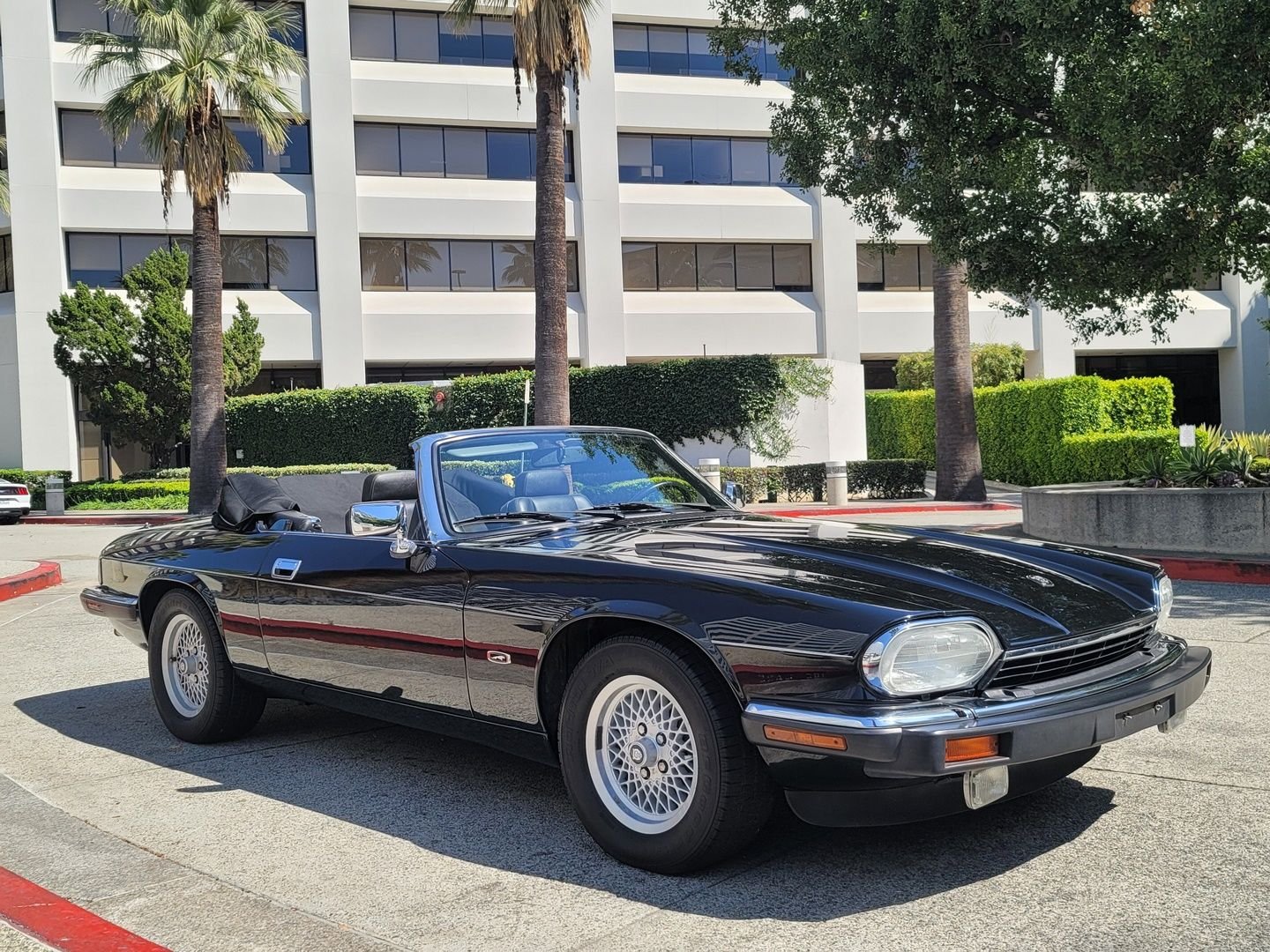 Originally developed using the platform of the then current William Heynes designed XJ saloon, the XJ-S was noted for its prominent rear flying buttresses. The early styling was partially by Jaguar's aerodynamicist Malcolm Sayer — one of the first designers to apply advanced aero principles to cars. Sayer died just before the XJ-S body styling was frozen for production.

The XJS was relaunched in its final form in May 1991 under Ford Motor Company's new ownership, as a division of its Premier Auto Group. Ford dropped the model name's hyphen, marketing it as the XJS. The rear side windows appeared enlarged despite having identical glass apertures as the earlier cars, and the buttresses remained, minimised by the new side window trim. Designer Geoff Lawson noted the buttresses were part of the car's character.

The car received a new 4.0-litre version of the AJ6 straight-six engine. In 1992, a convertible model having the same engine was added to the range. The V12 engine's capacity was enlarged to 6.0 litres in May 1992 and it had a power output of 227 kW (304 hp). Outboard rear brakes replaced the more complicated inboard brakes of previous models. With the introduction of the 6.0-litre V12, the transmission was also updated to a GM 4L80E with a fourth-gear overdrive, whilst the automatic 4.0-litre models continued with the electronic ZF4HP24E transmission. A 2+2 convertible was also introduced, as was a customized insignia line. At the same time, the car received more aerodynamic front and rear bumpers. The main interior change was to the instrument pack; the original featured distinctive drum type ancillary gauges - this was replaced by a more conventional style binnacle similar to that found in the XJ40 saloon.

In April 1994, substantial revisions were made to the 4.0-litre AJ6 engine and it was given a new name of AJ16, now equipped with coil-on-plug ignition. In 1995, the final specification changes were made and the car was referred to as the Celebration model to celebrate the 60th year of Jaguar Cars. Celebration cars feature diamond turned wheels, Jaguar embossed seats and a wooden steering wheel.

The XJS was discontinued in 1996, after 21 years in production, superseded by the XK8.