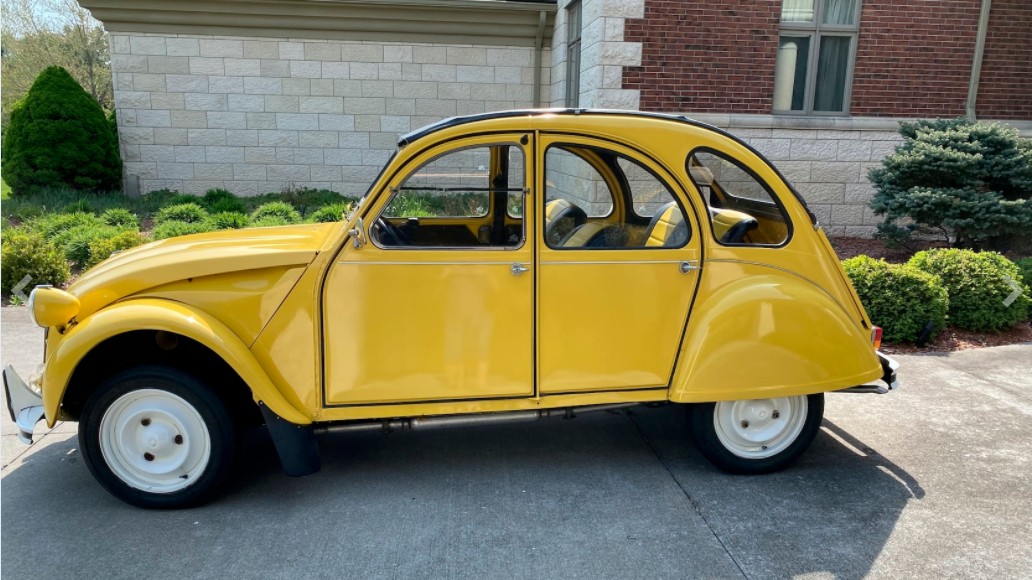 Often called "an umbrella on wheels", the fixed-profile convertible bodywork featured a full-width, canvas, roll-back sunroof, which accommodated oversized loads and until 1955 reached almost to the car's rear bumper.

Michelin introduced and first commercialised the revolutionary new radial tyre design with the introduction of the 2CV.

By 1980 the boost to 2CV sales across Europe delivered by the 1973 Energy Crisis had begun to wear off and there was a whole new generation of superminis and economy cars available from European and Japanese manufacturers. Citroën itself now had the Visa available. Peak annual production for 2CVs was reached in 1974 (163,143 cars) but by 1980 this had dropped to 89,994 and by 1983 would stand at just 59,673. None the less the car remained profitable for PSA to produce on account of its tooling and set-up costs being amortised many years before and it could share major parts with more popular or profitable models such as the Visa and Acadiane. As part of this rationalisation in 1981 the Spécial was fitted as standard with the 602 cc engine, although the 435 cc version remained available to special order in some European countries until stocks were used up.