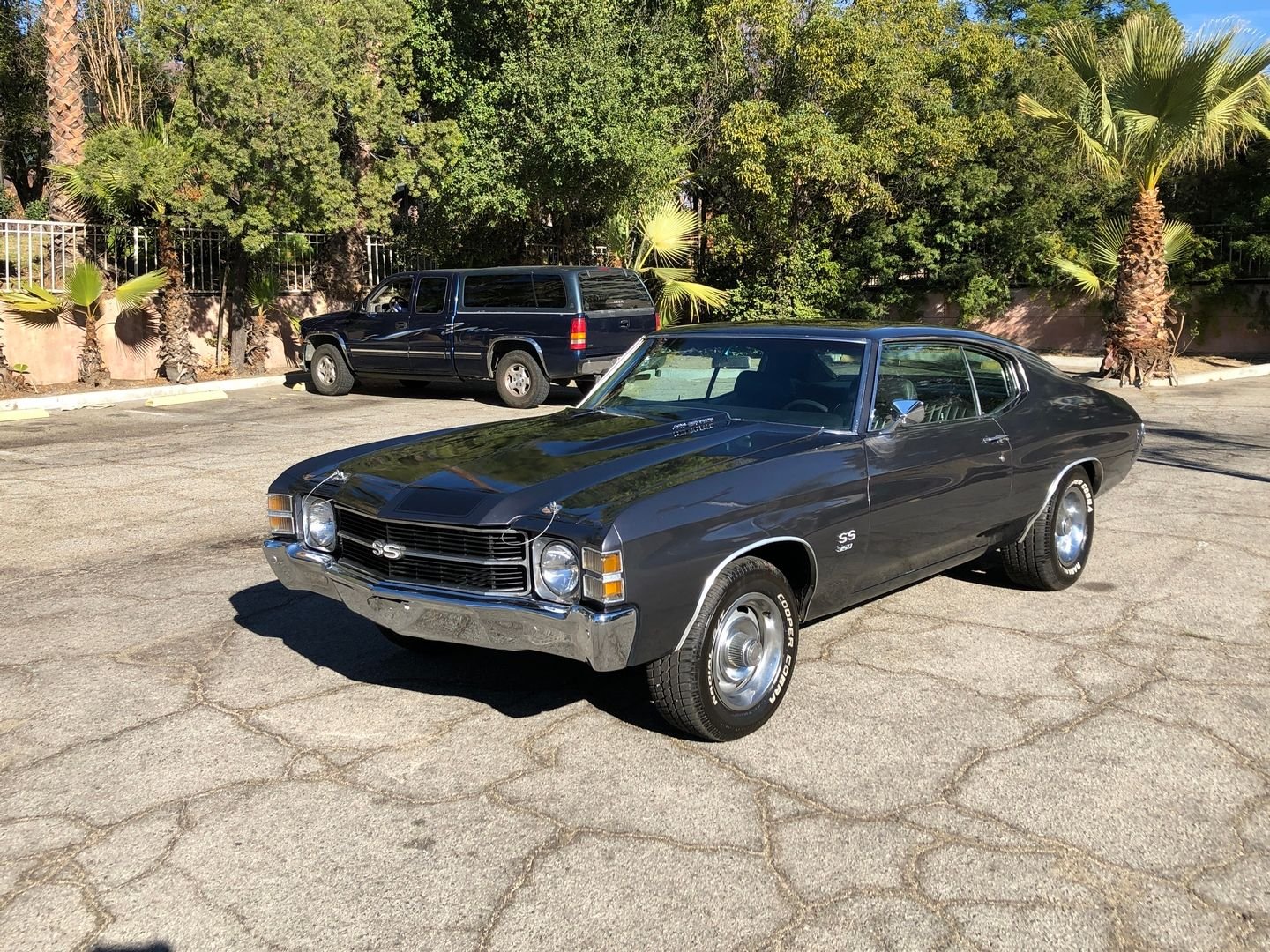 The Chevrolet Chevelle is a mid-sized automobile which was produced by Chevrolet in three generations for the 1964 through 1978 model years. Part of the General Motors (GM) A-body platform, the Chevelle was one of Chevrolet's most successful nameplates. Body styles include coupes, sedans, convertibles, and station wagons. Super Sport versions were produced through the 1973 model year, and Lagunas from 1973 through 1976. After a four-year absence, the El Camino was reintroduced as part of the new Chevelle lineup in 1964. The G-body Monte Carlo, introduced in 1970, also used a platform that was based heavily on the Chevelle platform, although it was lengthened ahead of the firewall. The Malibu, the top of the line model through 1972, completely replaced the Chevelle nameplate for the redesigned, downsized 1978 model year.

The 1968 Chevelle received an all-new distinctly sculpted body with tapered front fenders and a rounded beltline. The car adopted a long-hood/short-deck profile with a high rear-quarter "kick-up". While all 1967 Chevelle models rode a 115-inch (2,900 mm) wheelbase, the 1968 coupes and convertibles now rode a 112-inch (2,800 mm) wheelbase. The sedans and wagons turned to a 116-inch (2,900 mm) span. Tread width grew an inch front and rear. Hardtop coupes featured a semi-fastback, flowing roofline (with a long hood and short deck, mimicking the Camaro (which itself was an answer to the Ford Mustang). Top-trim models (including the SS 396 and new luxury Concours) featured GM's new Hide-A-Way wiper system. Lesser Chevelles would get that change later.

Government-mandated side marker lighting was incorporated, with early 1968 SS 396 light bezels seen with the SS 396 nomenclature - at some point in the later production cycle the engine callout had a 396 also shared with the Chevy II Nova SS (the side marker bezels, also sourced from the Chevy II Nova in 307, 327, and 396 displacements) had the engine displacement except for the six-cylinder models). Black-accented Super Sports had F70x14 red-stripe tires and a standard 325-horsepower 396-cubic-inch Turbo-Jet V8 engine with the special twin-domed hood; 350 and 375-horsepower 396 engines were optional. The SS 396 sport coupe started at $2,899 - or $236 more than a comparable Malibu with its 307-cubic-inch V8. All-vinyl bucket seats and a console were optional. Three luxury Concours options became available in March 1968 for the 4-door sedan, the 4-door sport sedan (and the hardtop coupe) and consisted of special sound insulation, and a deep-padded instrument panel with simulated woodgrain accents and all-vinyl color-keyed interiors. Interiors were sourced and shared with select Buick, Oldsmobile, or Pontiac A body patterns - during the middle of the 1968 model year, some Chevrolet A-bodies (including the El Camino) ended up with interior door panels shared with the Buick or Oldsmobile A bodies (Special, Skylark) where supply and demand issues forced a substitution, and during the April 1968 production month in the wake of the assassination of Reverend Dr. Martin Luther King Jr. there were some work stoppages e.g. strikes. A ribbed stainless steel panel was bolted to the rear taillight panel and a 'Concours By Chevrolet' emblem on the rear decklid. Other options included power windows and door locks. With the hardtop, a rare option is a horseshoe floor shifter with an integrated console (with bucket seats - sourced from the SS). These Concours options (ZK5, ZK6, and ZK7) should not be confused with the two Concours station wagons. At the time the ZK5, ZK6, and ZK7 Concours package was the equivalent of the Caprice.

Although the 1971 Chevelle retained the 1970 body, it was treated to new front-end and rear-end styling that included large Power-Beam single-unit headlights, a reworked grille and bumper, and integral park/signal/marker lights. The grille was widened and featured a bright horizontal bar that divided it into two sections. At the center of this bar was a large Chevy bowtie for Malibus, or a large "SS" emblem for the SS models. The grille on the Super Sport was painted flat black, other models got a silver finished grille. Base Chevelles got a thinner, plain bar with no ornamentation. A small "Chevelle" nameplate was located in the lower-left corner of the grille. New dual round taillights were integral with the back bumper. Because SS models suffered heavy insurance surcharges, Chevrolet introduced the "Heavy Chevy" at midyear, which was based on the base Chevelle, and was available with any V8 engine except the 454, which was exclusive to SS models. The Heavy Chevy (RPO YF3) was only available with the base Chevelle sport coupe (13437) and was primarily a dress-up option and even it was limited to options available on the standard Chevelle sport coupe; vinyl carpeting, front bench seat, no center console shift, etc.