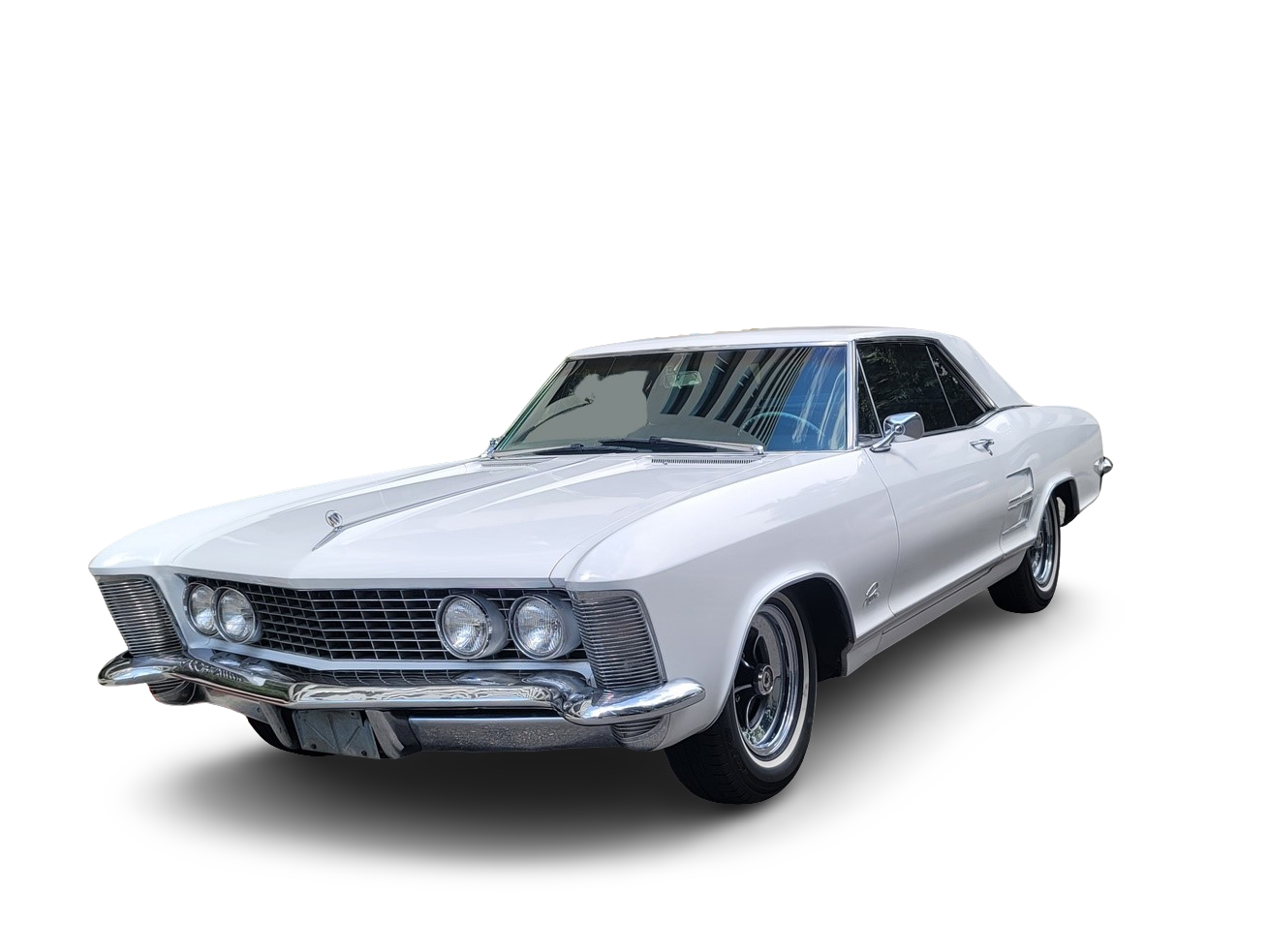 The Buick Riviera is a personal luxury car that was marketed by Buick from 1963 to 1999, with the exception of the 1994 model year.

As General Motors' first entry into the personal luxury car market segment, the Riviera was highly praised by automotive journalists upon its high-profile debut. It was a ground-up design on a new GM E platform debuting for the 1963 model year and was also Buick's first unique Riviera model.

Unlike its subsequent GM E platform stablemates, the Oldsmobile Toronado and Cadillac Eldorado, the Riviera was initially a front engine/rear-wheel drive platform, switching to front-wheel drive starting with the 1979 model year.

While the early models stayed close to their original form, eight subsequent generations varied substantially in size and styling. A total of 1,127,261 Rivieras were produced.

The production Riviera was introduced on October 4, 1962, as a 1963 model, its distinctive bodyshell was unique to the marque, unusual for a GM product. The design was substantially the same as the original, less expensively hidden headlights concealed in the fender grilles. The elegant ground-up styling sported the new "Coke bottle look" introduced the year before on the arresting Studebaker Avanti, with a tapered midsection surrounded by flaring fenders. There was no trace of the "Sweepspear" used on beltlines of earlier Buicks with the Riviera package,

The Riviera's suspension used Buick's standard design, with double wishbones in the front and a live axle located by trailing arms and a lateral track bar in the rear, but the roll centers were lowered to reduce body lean. Although its coil springs were actually slightly softer than other Buicks, the Riviera's lighter weight made its ride somewhat firmer. While still biased towards understeer, contemporary testers considered it one of the most driveable American cars, with an excellent balance of comfort and agility.