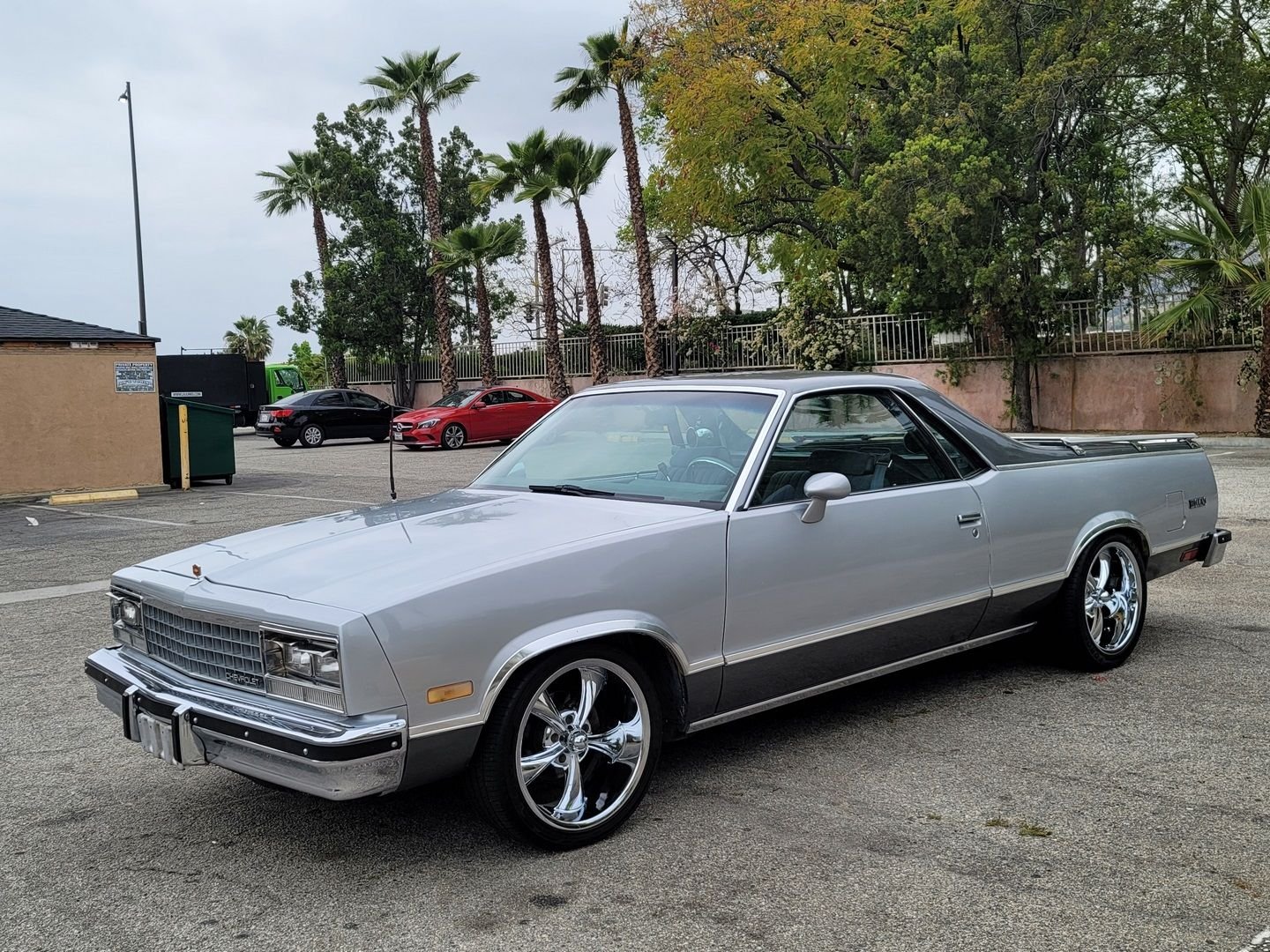 A new, trimmer El Camino was unveiled in 1978, adopting the new, more sharp-edged Malibu styling, and a one-inch longer wheelbase of 117 in (2,972 mm). The front end sheet metal and doors were shared with the Malibu, and the rear tailgate and bumper was shared with the Malibu station wagon. For the first time, though, the El Camino had a unique chassis – it was shared with no other Chevrolet. The front end featured a new single rectangular headlight design. The base engine was a 200-cubic-inch (3.3-liter) V6 that developed 95 hp (71 kW), except in California where, to meet emissions standards, the 231-cubic-inch Buick engine was the base engine. Two upgrades could be ordered: a 305-cubic-inch V8 with 145 hp (108 kW), or a 350-cubic-inch V8 with 170 hp (127 kW) that was only available in El Caminos and Malibu station wagons. It was not available on Malibu passenger cars (with exception to coupe and sedan Malibu 9C1 police vehicles). Among GM makes, at least, the era of bigness was fading into history, overtaken by a new age of efficiency and economy.

The 1979 model got minimal changes following its debut as a redesigned "new-size" model in 1978. Alterations to the 1979 El Camino amounting to little more than a new divided grille. However, a "small-block" 267-cubic-inch (4.4-liter) V8 joined the options list and slotted between the standard 3.3-liter V6 and the optional 5.0-liter four-barrel V8. The 350-cubic-inch (5.7-liter) V8, developing 170 hp (127 kW) was again available. Both three- and four-speed manual transmissions had floor shifters.