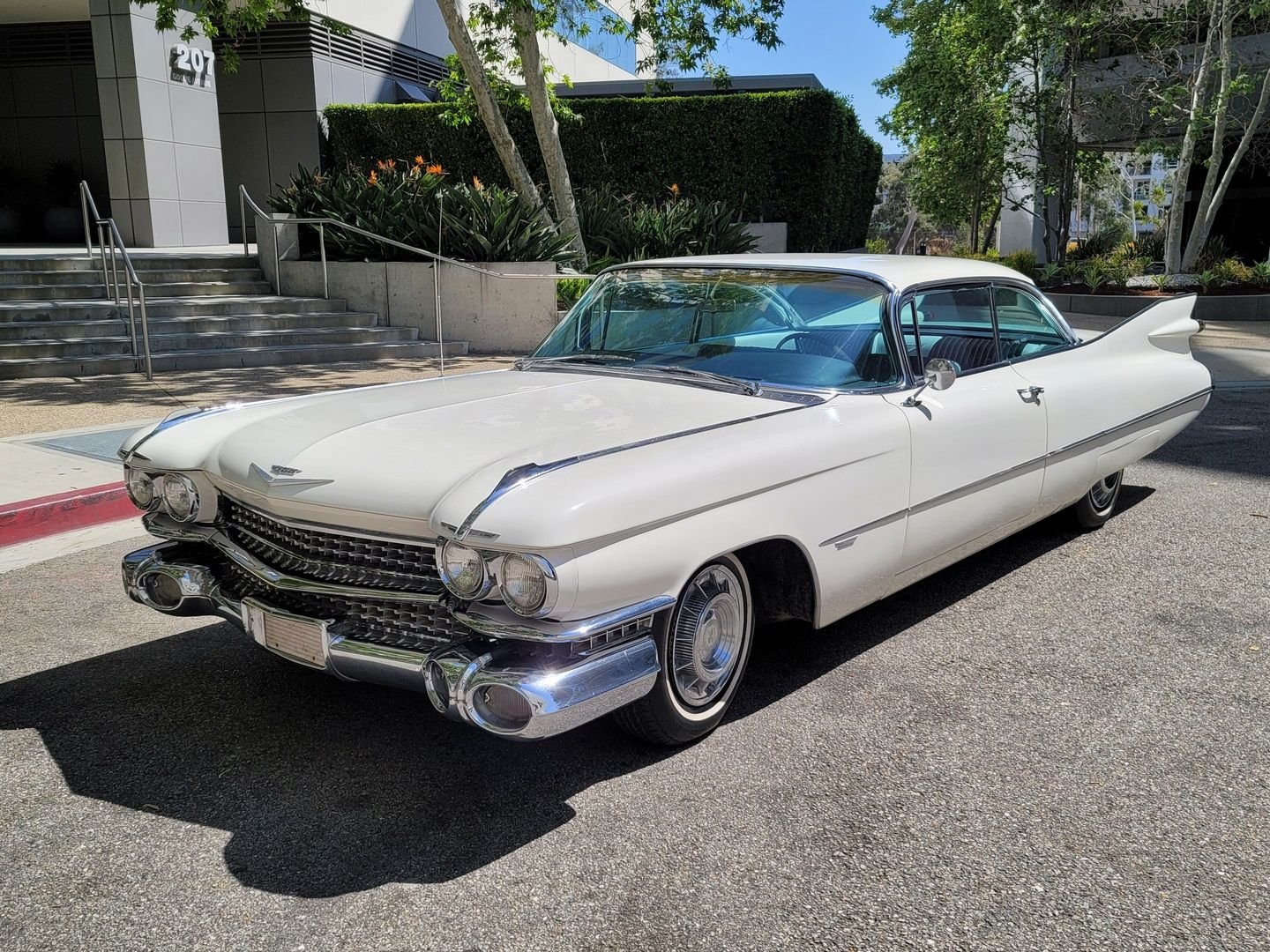 The Cadillac Series 62 is a series of cars which was produced by Cadillac from 1940 through 1964. Originally designed to complement the entry level Series 65, it became the Cadillac Series 6200 in 1959, and remained that until it was renamed to Cadillac Calais for the 1965 model year. The Series 62 was also marketed as the Sixty-Two and the Series Sixty-Two.

The 1959 Cadillac is remembered for its iconic huge tailfins with dual bullet tail lights. The new model year also saw two distinctive rooflines and roof pillar configurations, new jewel-like grille patterns and matching deck lid beauty panels. For 1959, the Series 6200 became the Series 62. De Villes and 2-door Eldorados were moved from the Series 6200 to their own series, the Series 63 and Series 64 respectively, though they all, including the 4-door Eldorado Brougham (which was moved from the Series 70 to Series 69), shared the same 130 in (3,302 mm) wheelbase. Engine output was an even 325 hp (242 kW) from the 390 cu in (6.4 L) engine. The Series 62 was identifiable by its straight body rub moldings, running from front wheel opening to back bumpers, with crest medallions below the spear. A one-deck jeweled rear grille insert was seen. Standard equipment included power brakes, power steering, automatic transmission, back-up lamps, windshield wipers, two-speed wipers, wheel discs, outside rearview mirror, vanity mirror and oil filter. The convertible model had power windows and a two-way power seat. Plain fender skirts covered the rear wheels and 4-doors were available in either four-window or six-window hardtop configurations. With the De Villes and 2-door Eldorados in their own series sales plunged to only 70,736, the lowest since the 1950 model year.