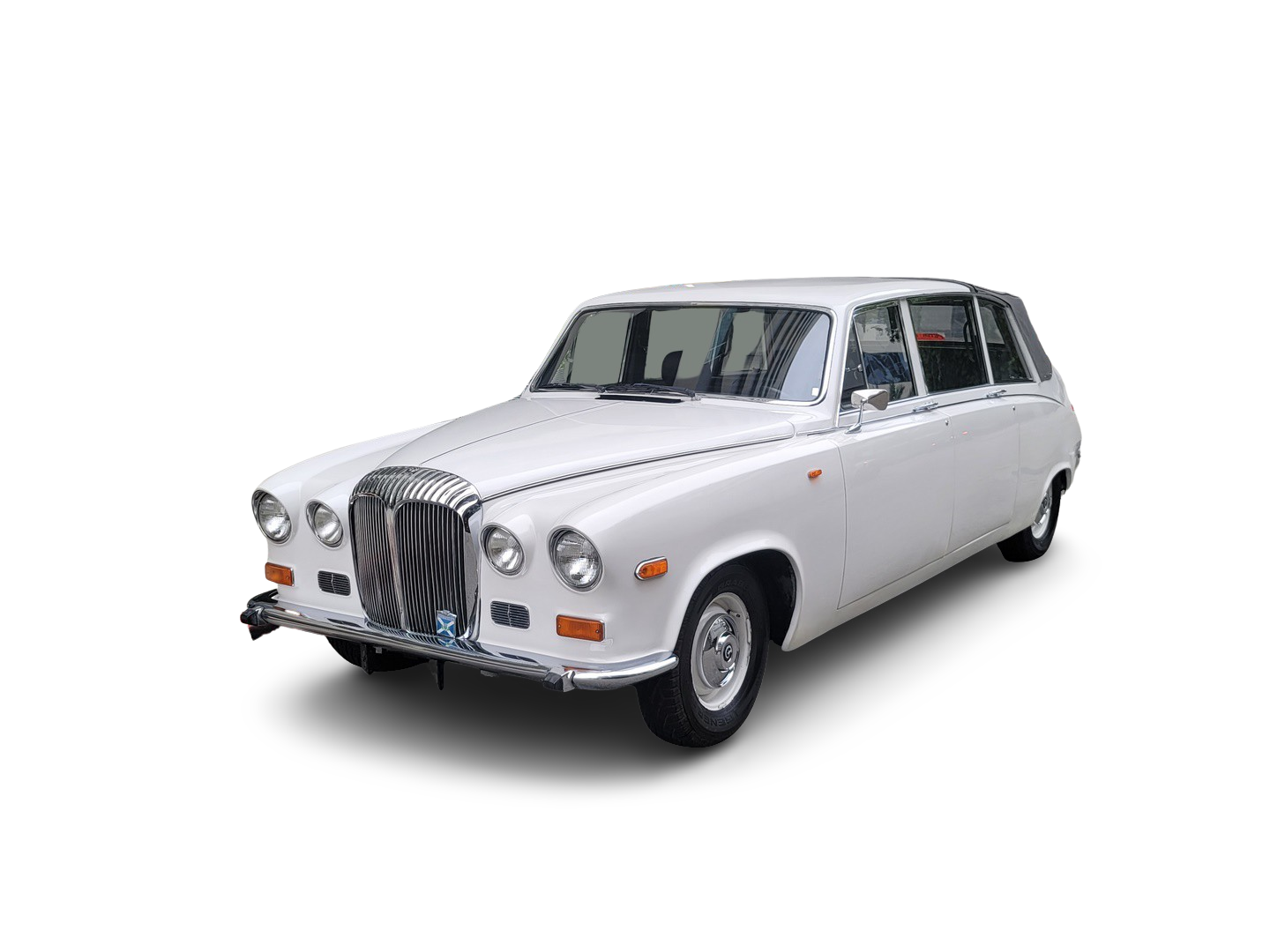 The Daimler DS420, also known as the Daimler Limousine, is a limousine made by The Daimler Company Limited between 1968 and 1992. The car was designed for official use and it was popular with chauffeur services, hoteliers and undertakers. It was used as an official state car in many countries. No other limousine model has been delivered to more reigning monarchs than the DS420, and the car is still used by the royal houses of the United Kingdom, Sweden, Denmark, and Luxembourg.

Originally, the cars were built at the Vanden Plas works in Kingsbury Lane, London, from body shells made by Park Sheet Metal Company, assembling panels supplied by Motor Panels of Coventry, and by Pressed Steel Fisher. Early limousines bore the "Daimler Vanden Plas" designation on tread plates and workshop manuals. The Kingsbury plant was closed in 1979 and production moved to Jaguar in Coventry, where it continued until 1992. The move to Coventry also brought the second and most extensive face lift in the car's life, when larger bumpers and a revised rear number-plate frame were fitted.

The DS420 had a fascia very similar to contemporary Mark X and 420G Jaguars retaining the old-fashioned steering column and pencil-thin steering wheel. Two cars were built in landaulette bodywork by the factory. Apparently neither have survived