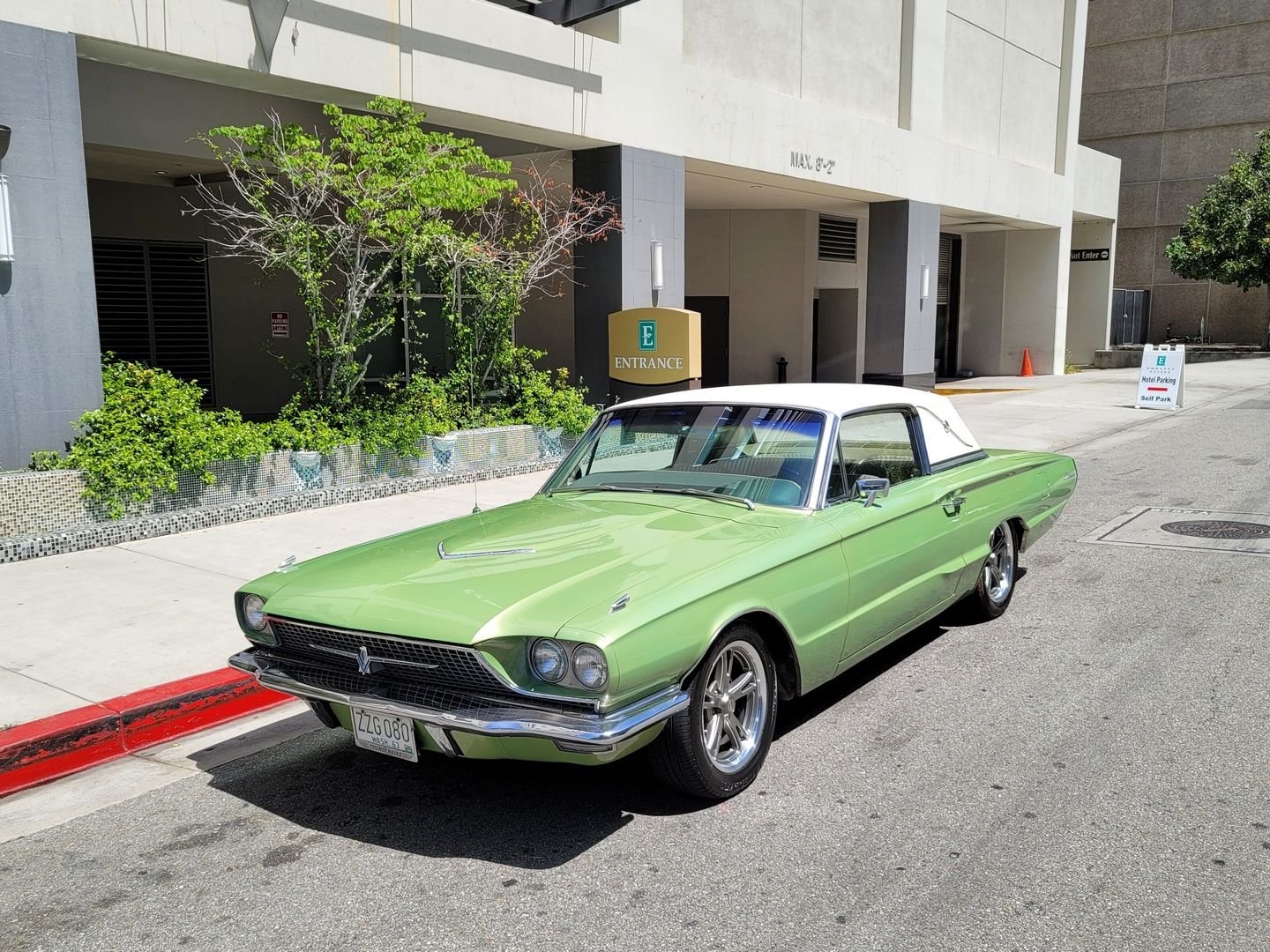 Ford targeted the two-seat Thunderbird as an upscale model, but the design introduced for 1958 featured a rear seat and arguably marked expansion of a market segment eventually known as personal luxury cars. An American interpretation of the grand tourer, personal luxury cars were built with a higher emphasis on driving comfort and convenience features over handling and high-speed performance. From 1968 to 1998, Lincoln-Mercury marketed rebadged variants of the Thunderbird as the Continental Mark III, Mark IV, Mark V, Mercury Cougar, Lincoln Mark VII, and Lincoln Mark VIII.

For 1964 the Thunderbird was restyled in favor of a more squared-off appearance, which was mostly evident when viewing the car from the side or rear. Hinting at its roots in the previous generation of Thunderbird that it evolved from, the new model retained a similar grille design with quad headlights and a 113.2 inches (2,875 mm) wheelbase. As before, the new Thunderbird continued to be offered in hardtop, convertible, and Landau versions. The 300 hp (224 kW) 390 cu in (6.4 L) FE V8 continued as the standard engine for the Thunderbird. It was paired with a 3-speed automatic transmission. For 1965, sequential turn signals were added, flashing the individual segments of the broad, horizontal tail lights in sequences from inside to outside to indicate a turn. Also new for 1965 were standard front disc brakes, and doubled-sided keys.

Even though it was the last year of the generation, 1966 saw a stylistic revision for the Thunderbird highlighted by a new egg-crate style grille with a large Thunderbird emblem at its center and a single-blade front bumper. The rear bumper was restyled to include new full-width taillamps. Engine choices were also revised for 1966. The standard 390 cu in (6.4 L) V8 equipped with a single four-barrel carburetor was rated at 315 hp (235 kW). Newly optional and taking the top position for performance was a 345 hp (257 kW) 428 cu in (7.0 L) FE V8. The optional 428 cost only $86 over the base engine.[ This would be the last year for the convertible until the "retro" models of 2002-05.