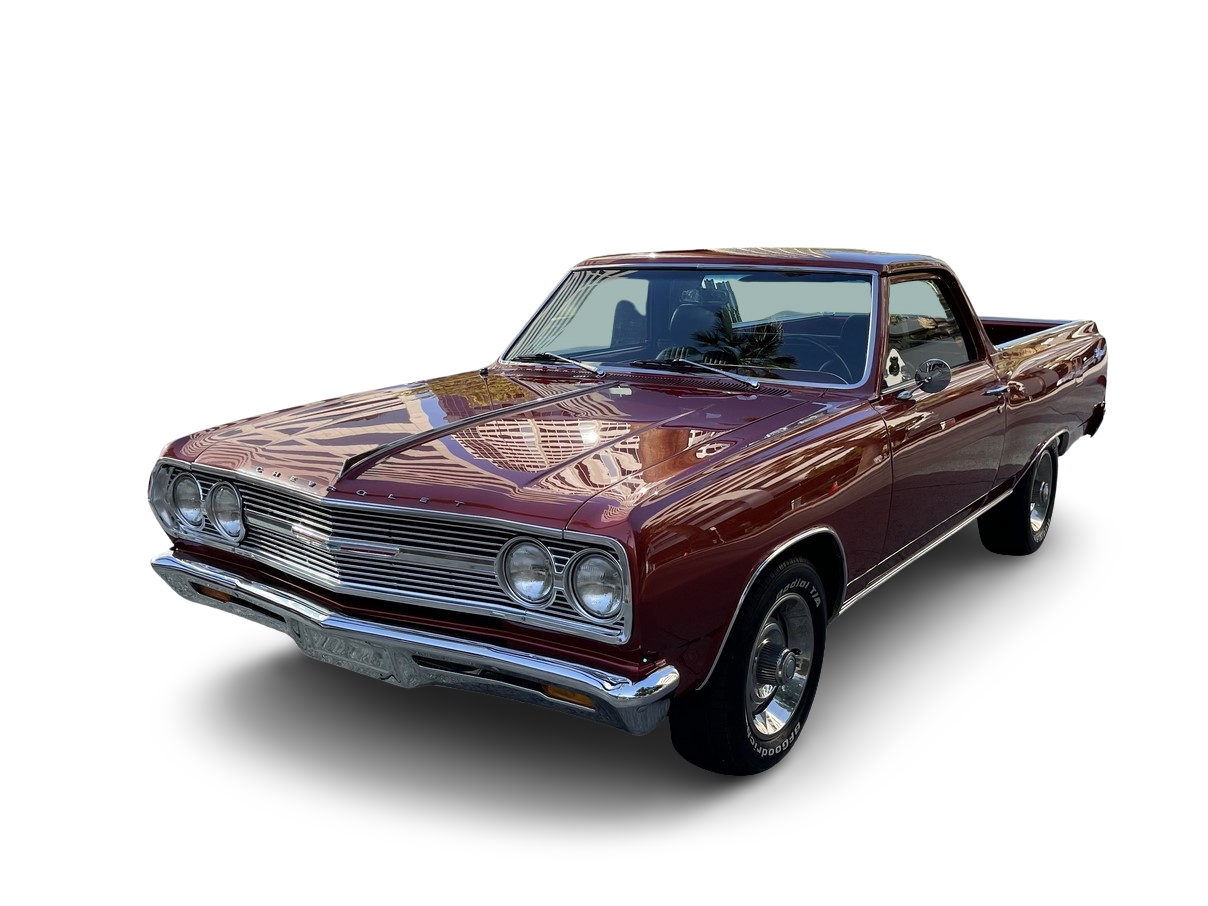 Chevrolet reintroduced an all new, mid-size El Camino four years later based on the Chevrolet Chevelle. The 1964 model was similar to the Chevelle two-door wagon forward of the B-pillars and carried both "Chevelle" and "El Camino" badges, but Chevrolet marketed the vehicle as a utility model and Chevelle's most powerful engines were not available. Initial engine offerings included six-cylinder engines of 194 and 230 cubic inches with horsepower ratings of 120 and 155 hp (89 and 116 kW), respectively. The standard V8 was a 283 cubic-inch Chevrolet small block with two-barrel carburetor and 195 hp (145 kW) with optional engines including a 220 hp (164 kW) 283 with four-barrel carburetor and dual exhausts. Added to the El Camino's option list during the course of the 1964 model year were two versions of the 327 cubic-inch small block V8 rated at 250 and 300 hp (186 and 224 kW)—the latter featuring a higher compression ratio of 10.5:1, larger four-barrel carburetor and dual exhausts. El Caminos also featured Air shocks in the rear, as well as fully boxed frames. The shocks were continued over all generations, the frames only thru 1967.