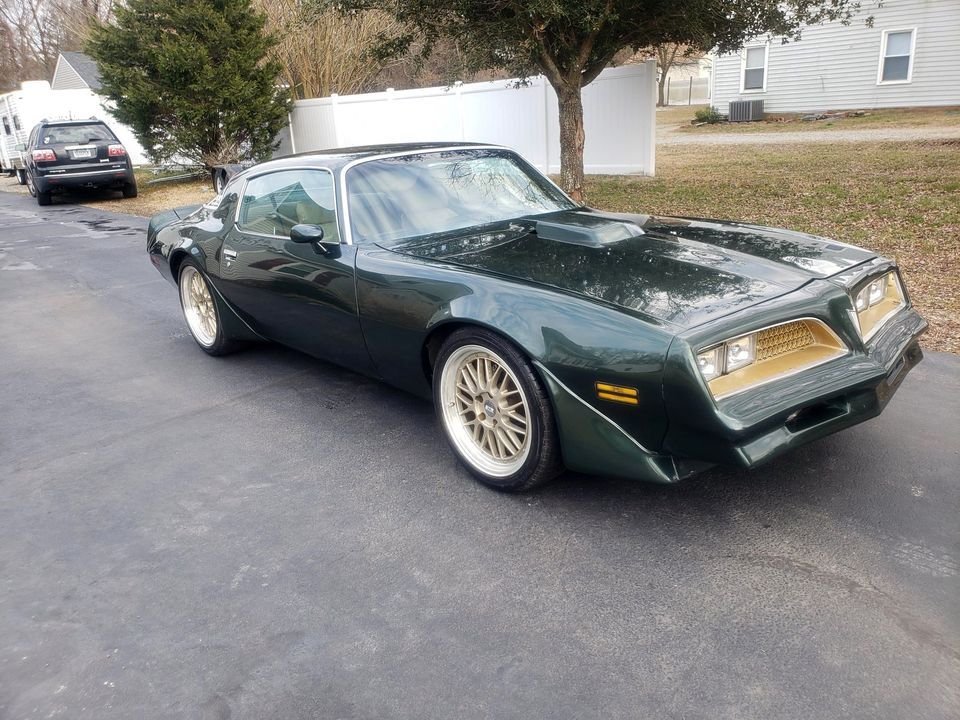 THIS 1980 PONTIAC FIREBIRD ESPIRIT TRANS AM IS LOCATED IN: SANDSTON, VA 23150

The name "Firebird" was also previously used by GM for the General Motors Firebird in the 1950s and early 1960s concept cars.

In 1980, ever-increasing emissions restrictions led Pontiac to drop all of its large-displacement engines. 1980 therefore saw the biggest engine changes for the Trans Am. The 301, offered in 1979 as a credit option, was now the standard engine. Options included a turbocharged 301 or the Chevrolet 305 small block. The turbocharged 301 used a Garrett TB305 turbo forcing air through a single Rochester Quadrajet 4-barrel carburetor, which was, however, too antiquated to take full advantage of the forced air from the turbo. Also, low-octane (87–90) fuels would have led to severe detonation had it not been for the engine control unit, which led to the cars feeling not very powerful at all. Some owners have claimed quite reasonable performance numbers with the modern fuels though.

A 1980 Turbo Trans Am was featured in the movie Smokey and the Bandit II, but was fitted with nitrous oxide tanks by Marvin Miller Systems to get the desired performance.