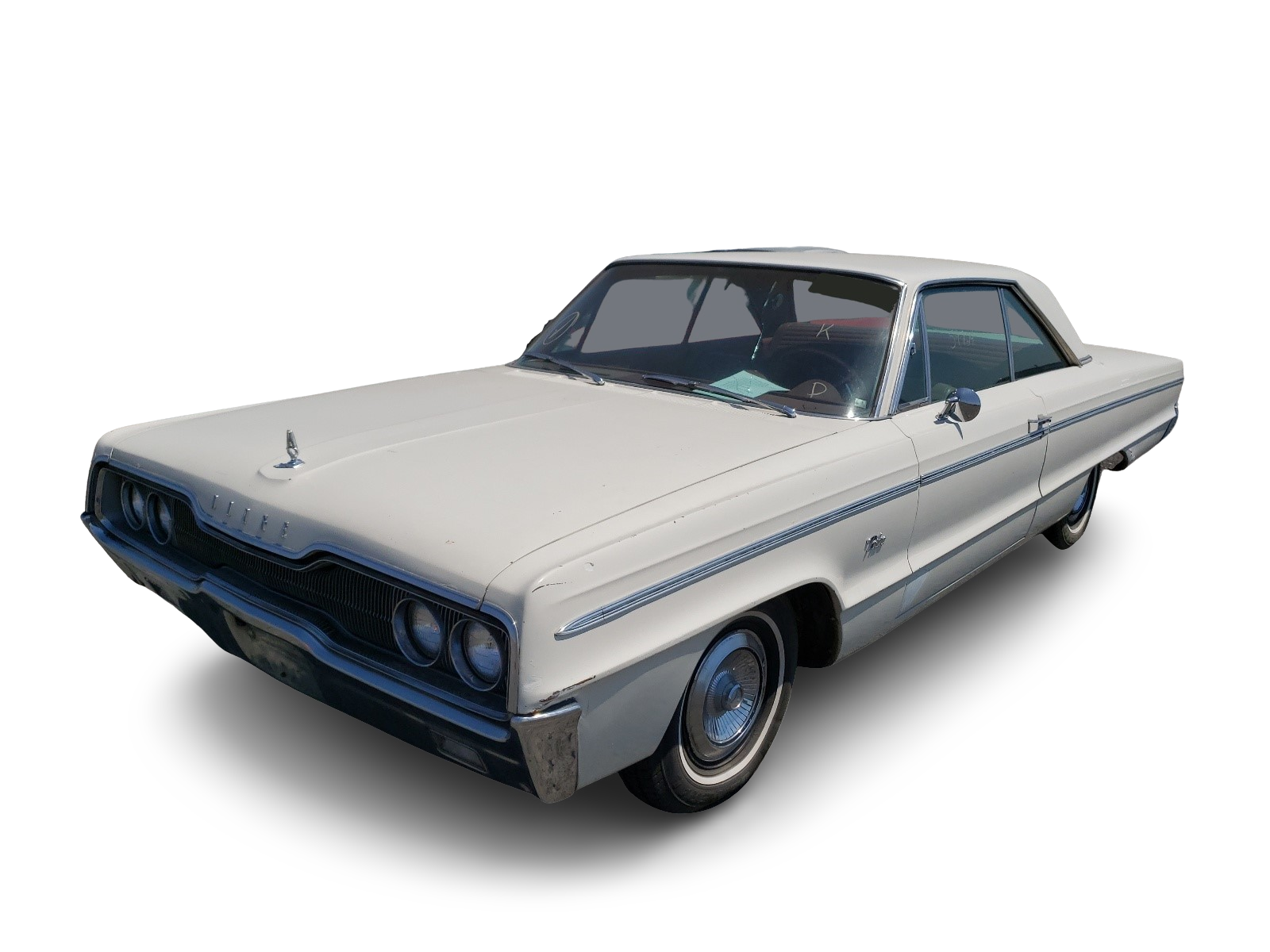 The Dodge Polara is an automobile introduced in the United States for the 1960 model year as Dodge's top-of-the-line full-size car. After the introduction of the Dodge Custom 880 in 1962, the Polara nameplate designated a step below the full-sized best trimmed Dodge model; the Polara that year had been downsized to what was in effect intermediate, or mid-size status. In its various forms, the Polara name was used by Dodge until 1973, when its position in Dodge's line-up was replaced by the Dodge Monaco.

The name Polara is a reference to the Polaris star, in a marketing attempt to appeal to the excitement surrounding the Space Race during the early 1960s.

For the 1965, Chrysler moved the Polara back to the full-sized Chrysler C platform that was shared with Chrysler and Plymouth models. Once again offered in a full range of bodies (sedans, hardtops, station wagons, etc.), the Polara, in effect, replaced the 880 and remained a step below the Custom 880, and the new Monaco hardtop coupe was now Dodge's top model. The previous mid-sized Dodges that were sold under the names Polara 500, Polara, 440, and 330 continued in production under the name Dodge Coronet, their wheelbase shrinking to 117 inches (2,972 mm). These Polaras were criticized for low fuel economy, with owners of 383 cu in (6.3 L) cars achieving an average of 13.8 mpg‑US (17.0 L/100 km; 16.6 mpg‑imp).

In the 1966 model year, the Monaco would replace the Custom 880 as the mid-level model while a new Monaco 500 would replace the previous 1965 Monaco. 1967 models received a facelift and the hardtop coupe adopted a semi-fastback roof style with a reverse-slant rear quarter window. The 1967 models included a new U.S. government-required safety package that featured an energy-absorbing steering column and safety steering wheel, blunt dashboard controls, more interior padding, and a dual-circuit brake master cylinder. The 1968 model years added outboard front shoulder belts and side marker lights in addition to the 1967 safety equipment.

One constant of the 1965 to 1968 models was taut, square-edged styling that was updated each year. From 1965 to 1970, the Polara would be the only full-sized Dodge available in the U.S. as a convertible.