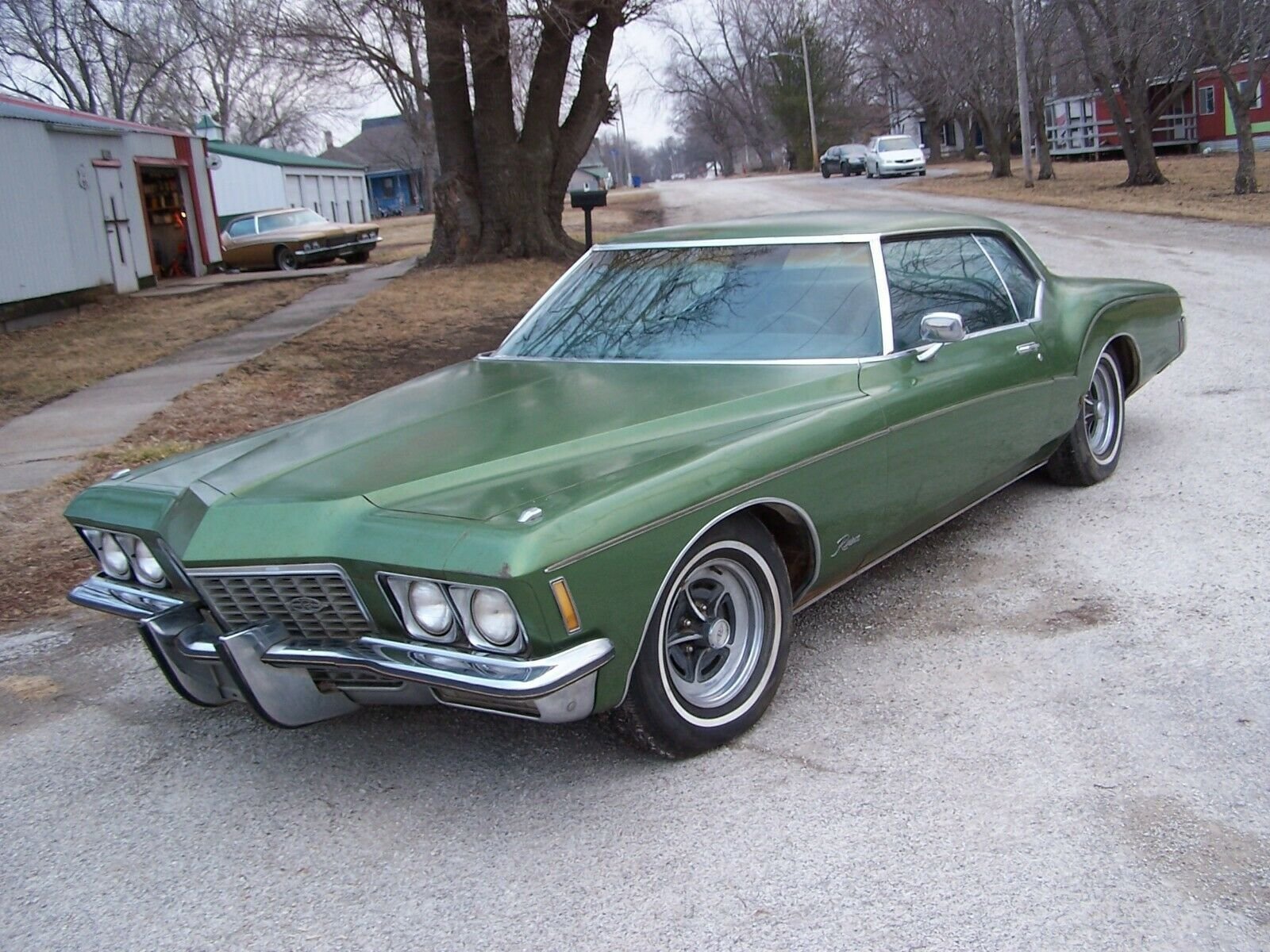 The Buick Riviera is a personal luxury car that was marketed by Buick from 1963 to 1999, with the exception of the 1994 model year.

As General Motors' first entry into the personal luxury car market segment, the Riviera was highly praised by automotive journalists upon its high-profile debut. The ground-up design that debuted for 1963 was also Buick's first unique Riviera model, and it pioneered the GM E platform.

Unlike its subsequent GM E platform stablemates, the Oldsmobile Toronado and Cadillac Eldorado, the Riviera was initially a standard front engine/rear-wheel drive platform, only switching to front-wheel drive starting for 1979.

While the early models stayed close to their original form, eight subsequent generations varied substantially in size and styling. A total of 1,127,261 Rivieras were produced.

The Riviera name was resurrected for two concept cars that were displayed at auto shows in 2007 and in 2013.

The Riviera was radically redesigned for the 1971 model year with flowing and dramatic "boat-tail" styling. Designed under Bill Mitchell's direction, it was penned by Jerry Hirshberg, future head of design for Nissan, mating the two-piece vee-butted:792 fastback rear window, inspired by the 1963 Corvette Sting Ray coupe, to the Riviera's platform.

The design was originally intended for the smaller GM A platform or its related GM G platform as shown by subsequently shared final full scale clay model of the A platform based boat tail Riviera. Given the late stage of the 1968-72 A/G platform evolution and accretive cost to add another version to it, GM Management decreed that the next Riviera use the full sized GM B platform body—expanded for 1971 by 3 in (76 mm) in wheelbase and more than 120 lb (54 kg) heavier— which produced controversial looks, making for a sharp departure from those of the Toronado and Eldorado. (Collectible Automobile ran an article about 1971–76 full-sized Buicks in which one sketch design for their 2-door coupes which was rejected resembled the 1971–73 Riviera).