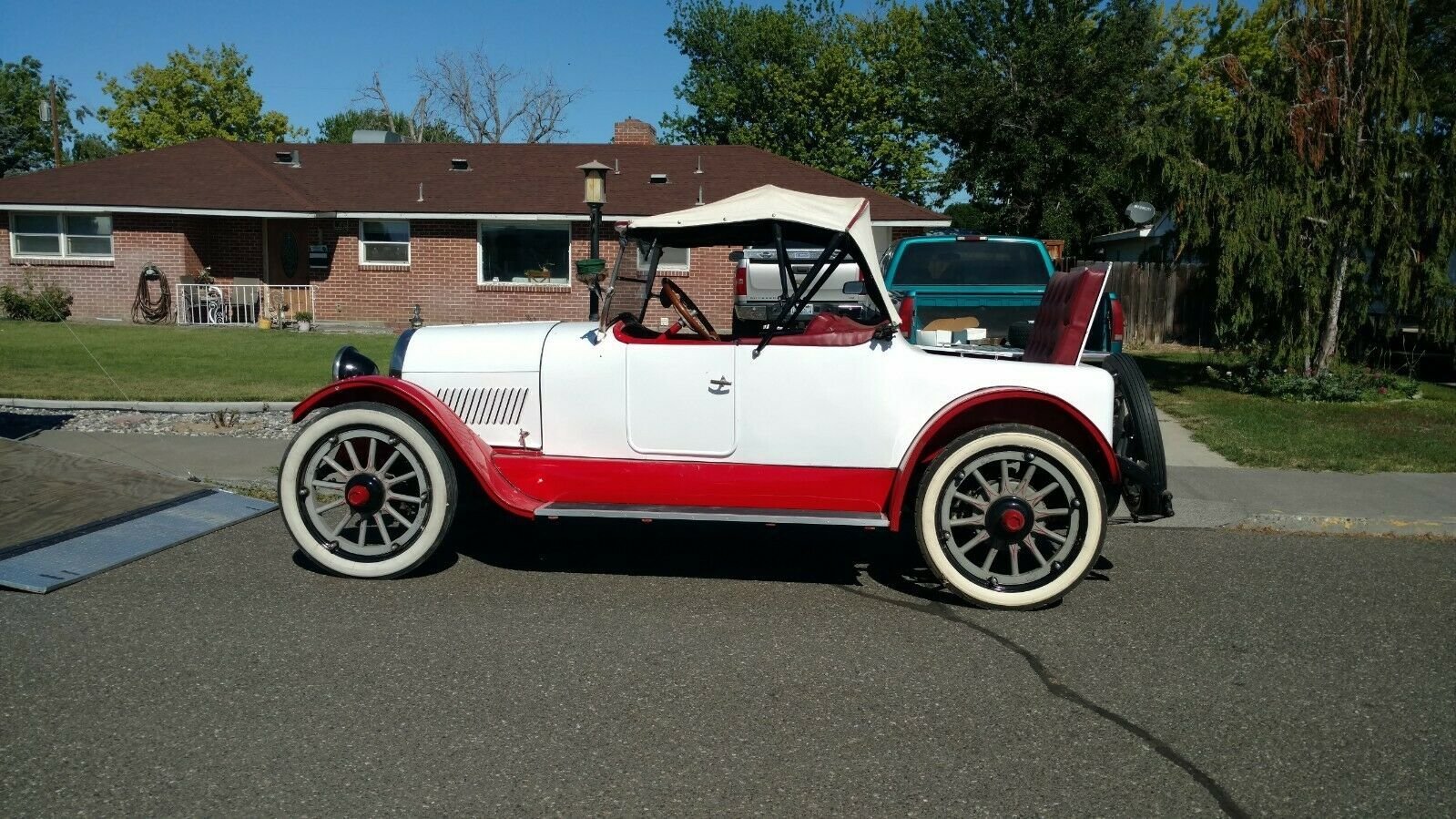 The Model 43 was an entry-level four seat passenger car produced by GM's Oldsmobile Division in 1915 and 1916, then again in 1921 and 1922. It replaced the Model 42 also known as the "Baby Olds", while the most significant improvement was a longer wheelbase. Until GM assumed control of Chevrolet in 1917, the previous Model 42 and the Model 43 were GM's entry level cars which lead to the interrupted production of the Model 43 as Oldsmobile was promoted as a higher content product. It was also known as the "Oldsmobile Four" and competed with the Chevrolet Series H as an entry-level model until GM bought Chevrolet. It was the junior level product to the upscale Oldsmobile Light Eight. It was Oldsmobile's last four cylinder car until 1977 with the Oldsmobile Starfire.

In 1921 the Model 43A returned, and was marketed as a larger, more upscale entry-level model to the Chevrolet, as management noticed that removing an affordable model affected overall sales at Oldsmobile dealerships, competing for customers who were buying the Ford Model T starting in 1908. The new cars had a shorter wheelbase but a larger engine than the previous Model 42. With a displacement of 224 cu in (3,671 cc), the four-cylinder produced 44 bhp (32 kW). The leather cone clutch had given way to a single-disk dry clutch and, in addition to wooden spoke wheels, there were also steel disk wheels as an option. In addition to the open roadster and touring car versions, the Model 43A was also available as a 2-door coupé and 4-door sedan with a closed interior.