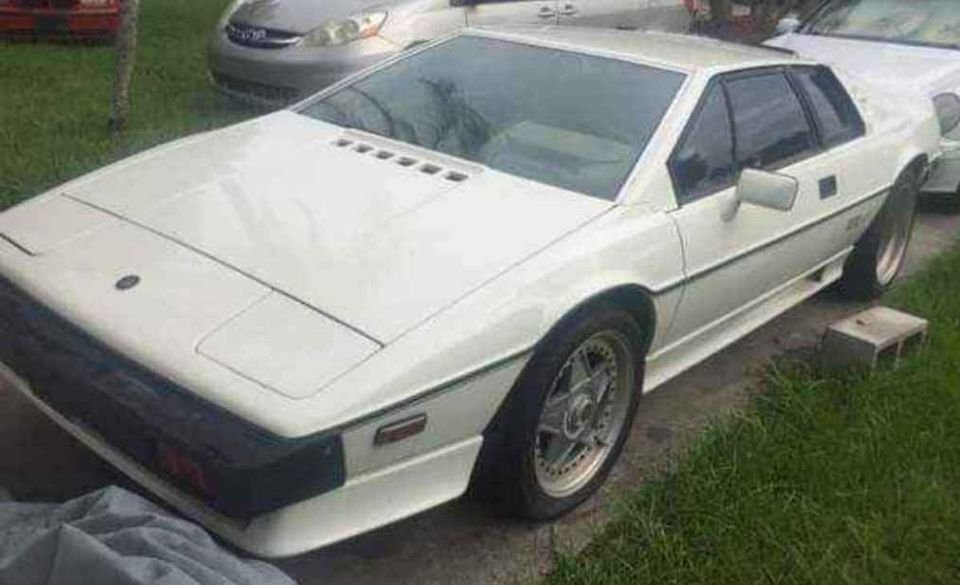 The Lotus Esprit is a British sports car that was built by Lotus Cars at their Hethel factory in England between 1976 and 2004. It was among the first of designer Giorgetto Giugiaro's polygonal "folded paper" designs.

The Series 3 (or S3) and Turbo Esprit debuted in April 1981. The two models shared a common chassis, and bodywork was based on a common set of moulds.

he S3 received the 2.2 L Type 912 engine. The Turbo Esprit had a wet sump engine with the same power and torque output as its dry sump predecessor. Interior trim was revised which, when combined with changes to the body moulds, resulted in more headroom and an enlarged foot-well. The Turbo Esprit retained the aerodynamic body kit of the Essex cars and featured prominent 'turbo esprit' decals on the nose and sides. The S3 gained the new larger bumpers but kept the simpler sill line and glazed rear hatch of the S2.2 body. Both cars came with 381 mm (15 in) BBS alloy wheels. One interesting omission was that the Esprit S3 had no cigarette lighter as standard equipment; ashtrays are tucked away in the door sills.

Minor changes were made to bodywork and front suspension for the 1985 model year.