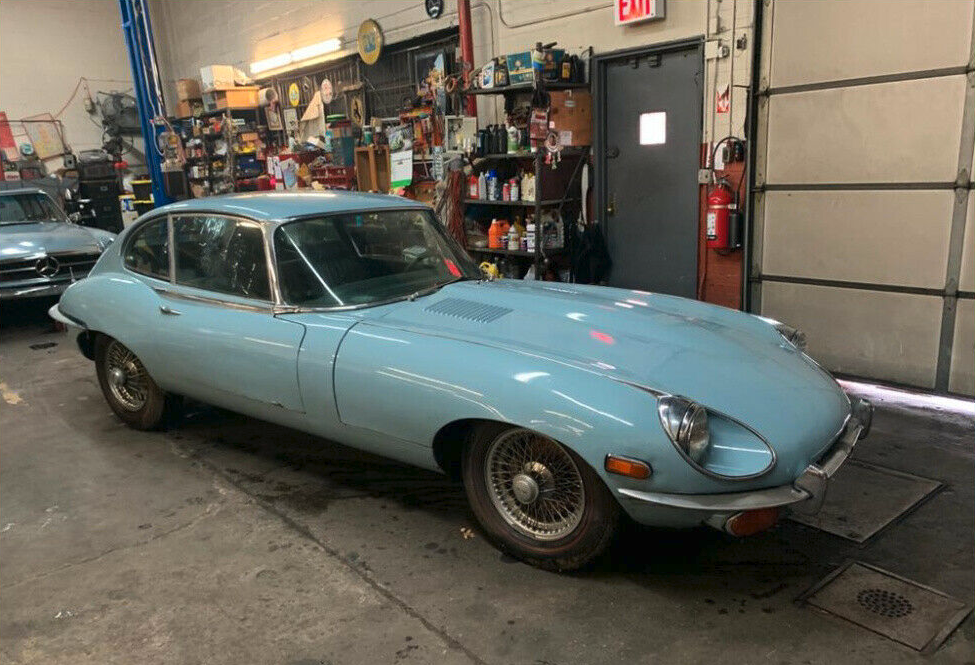 The Series 2 introduced a number of design changes, largely due to U.S. National Highway Traffic and Safety Administration mandates. The most distinctive exterior feature is the absence of the glass headlight covers, which affected several other imported cars, like the Citroën DS, as well. Unlike other cars, this step was applied worldwide for the E-Type.

Other hallmarks of Series 2 cars are a wrap-around rear bumper, larger front indicators and tail lights re-positioned below the bumpers, and an enlarged grille and twin electric fans to aid cooling.

Additional U.S.-inspired changes included a steering lock which moved the ignition switch to the steering column, replacing the dashboard mounted ignition and push button starter, the symmetrical array of metal toggle switches replaced with plastic rockers, and a collapsible steering column to absorb impact in the event of an accident. New seats allowed the fitment of head restraints, as required by U.S. law beginning in 1969.