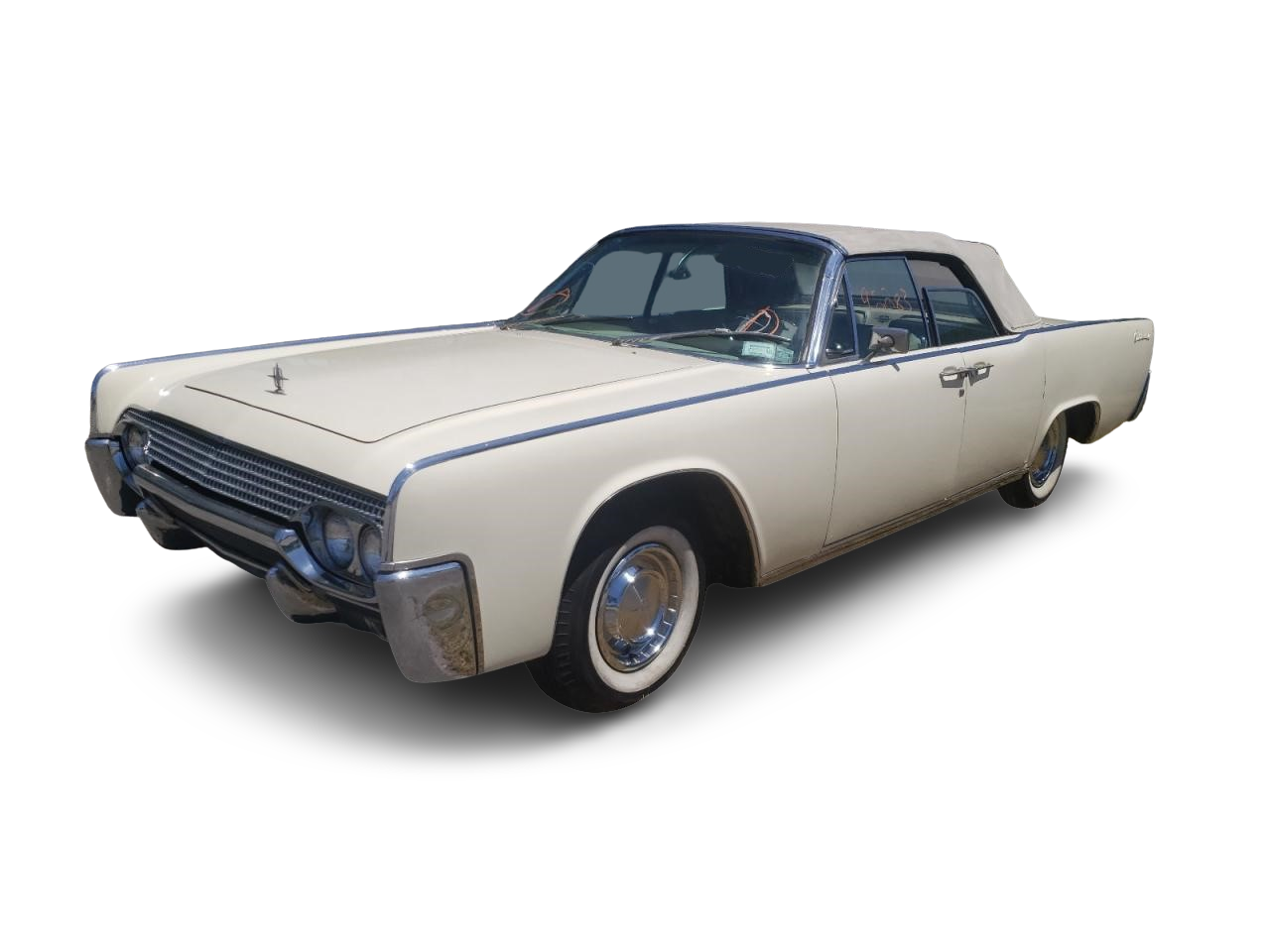 THIS 1961 LINCOLN CONTINENTAL CONVERTIBLE IS LOCATED IN: FORT PIERCE, FL 34946

For the 1961 model year the Lincoln range was consolidated into one model. Following the $60 million in losses to develop the 1958–1960 cars, all models were replaced by a new Lincoln Continental. Making its first appearance since 1948, the fourth-generation was available only as a four-door sedan and convertible until its 1966MY refresh.

Although shedding nearly 15 inches in length and 8 inches in wheelbase over its 1960 Lincoln Continental Mark V predecessor, the new model was nevertheless heavier than its Cadillac or Imperial counterparts. Its solid construction and rigorous post-build inspection of each vehicle reflected Ford corporate management's commitment to making the finest mass-produced domestic automobile of its time – an enviable reputation it achieved.