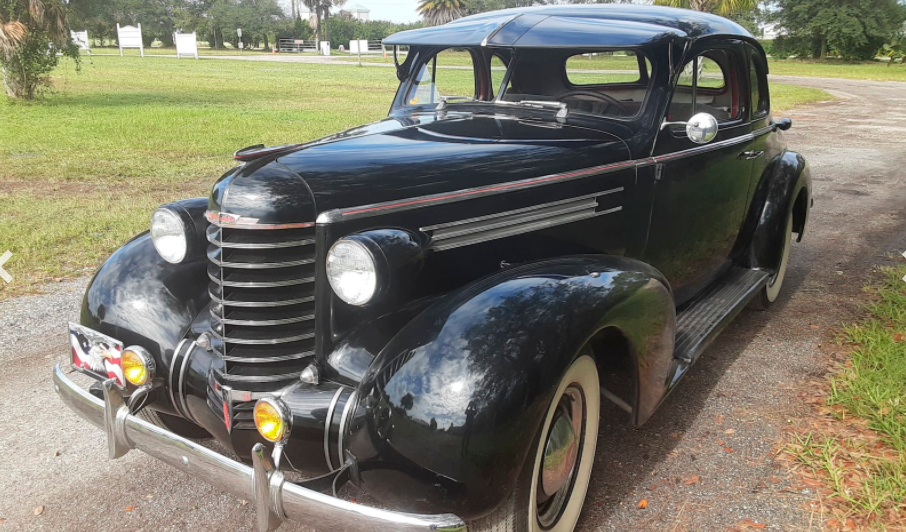 The F-Series was equipped with a side-valve, in-line 213 cu in (3,490 cc) six-cylinder engine developing 74 bhp. This generation had a wheelbase of 117 in (2,960 mm) and was offered as a open top roadster, closed body sedan, coupe and convertible. All four wheels now offered as standard equipment hydraulic drum brakes on all four wheels, and wooden spoked wheels were permanently discontinued with pressed steel discs instead. With the modern appearance of streamlined gaining widely accepted public approval, all bodystyles across GM's vehicles adopted the appearance, with an overall length of 179–190 in (4,540–4,837 mm). The Ford Motor Company began to take notice of the popularity of Oldsmobiles and introduced the De Luxe Ford as an upscale alternative which preceded the introduction of Mercury in 1938.