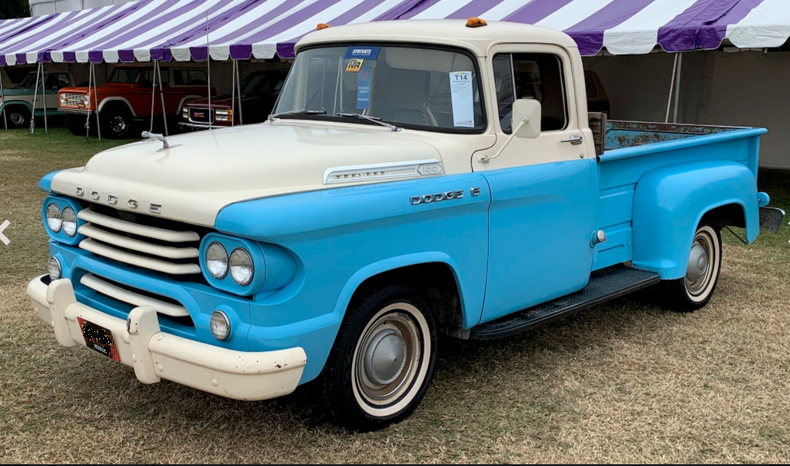 The C series was a line of pickup trucks sold by Dodge from 1954 to 1960. It replaced the Dodge B series of trucks and was eventually supplanted by the Dodge D series, introduced in 1961.

Unlike the B series, which were closely related to Dodge's prewar trucks, the C series was a complete redesign. Dodge continued the "pilot house" tradition of high-visibility cabs with a wraparound windshield introduced in 1955. A two-speed "PowerFlite" automatic transmission was newly available that year.

Chrysler called the Hemi-powered Dodge trucks "Power Giant" in 1957, and introduced power steering and brakes, a three-speed automatic, and a 12-volt electrical system.

From 1957 to 1959, Dodge proposed the Sweptside pickup, a rival to the Chevrolet Cameo Carrier, but it never became a best-seller. A flat-sided (and thus wider) "Sweptline" cargo box came in 1959. The company also adopted the standard pickup truck numbering scheme, also used by Ford and GM at that time. Thus, the ½ ton Dodge was now called the D100. A traditional separate-fender body "Utiline" version was also built which had a GVWR of 9,000 lb (4,100 kg).