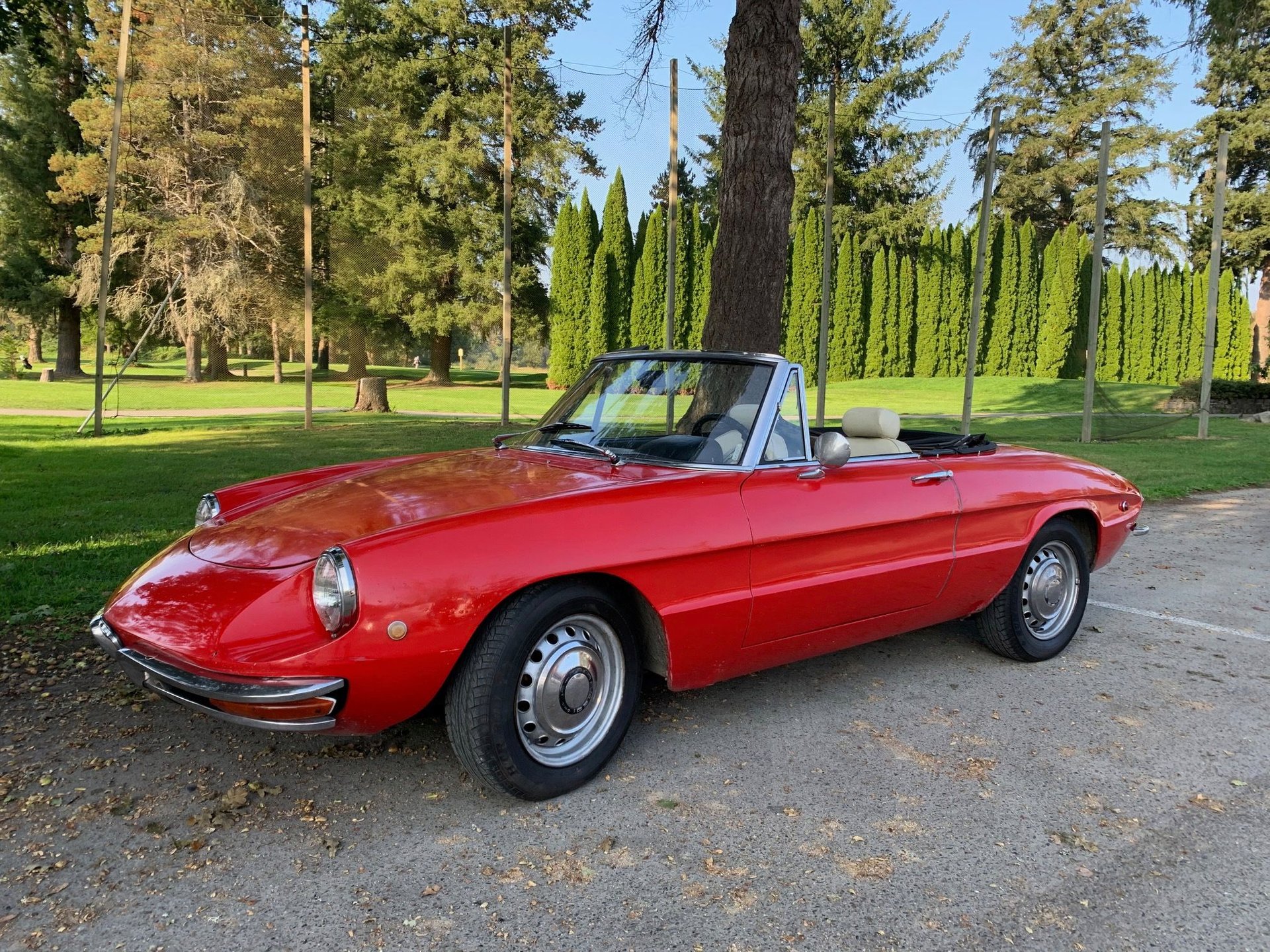 The Alfa Romeo Spider (105/115 series) is a two-seater, front engine, rear drive roadster manufactured and marketed by Alfa Romeo from 1966 to 1994 in four distinct generations, or Series, each with modifications ranging from modest to extensive.

The Spider was launched at the 36th Geneva Motor Show in March 1966, and together with the Giulia Sprint GT Veloce tested by the press at an event organised in Gardone Riviera. To choose a name for the spider Alfa Romeo announced a write-in competition, offering an example of the new car as a prize. Over 100 thousand ballots were sent in, the great majority from Italy; the winner was Guidobaldo Trionfi from Brescia, who proposed the name "Duetto" (duet). However it could not be officially adopted due to trademark issues, and the car was named simply Alfa Romeo Spider 1600. The Spider's 1,570 cc twin cam engine had dual Weber two-barrel side-draft carburetors, and produced 109 PS DIN (80 kW; 108 hp; or 129 PS SAE). Sparsely fitted inside but including five speed manual transmission, disc brakes 15" wheels fitted with Pirelli Cinturato 155HR15 CA67 tyres. The price on launch in Italy was 2,195,000 lire. In the US the car sold for $3,950 (compared to $3,991 for a Lotus Elan and $2,607 for an MGB). In the UK the car's price was close to a Jaguar E-Type.

While in Europe the 1750 was fitted with two twin horizontal carburettors, starting with model year 1969 models for the North American market had SPICA (Società Pompe Iniezione Cassani & Affini, a subsidiary of Alfa Romeo) mechanical fuel injection. According to Alfa Romeo engine output and performance were unchanged from the carburetted version. Modifications were also made to the suspension, brakes, electrics, 14" wheels and 165HR14 Pirelli Cinturato CA67 tyres, though the car looked effectively the same. Visible differences were limited to the rear-view mirror repositioned to the door, and badging on the tail, which read "Alfa Romeo" and "iniezione" (injection).