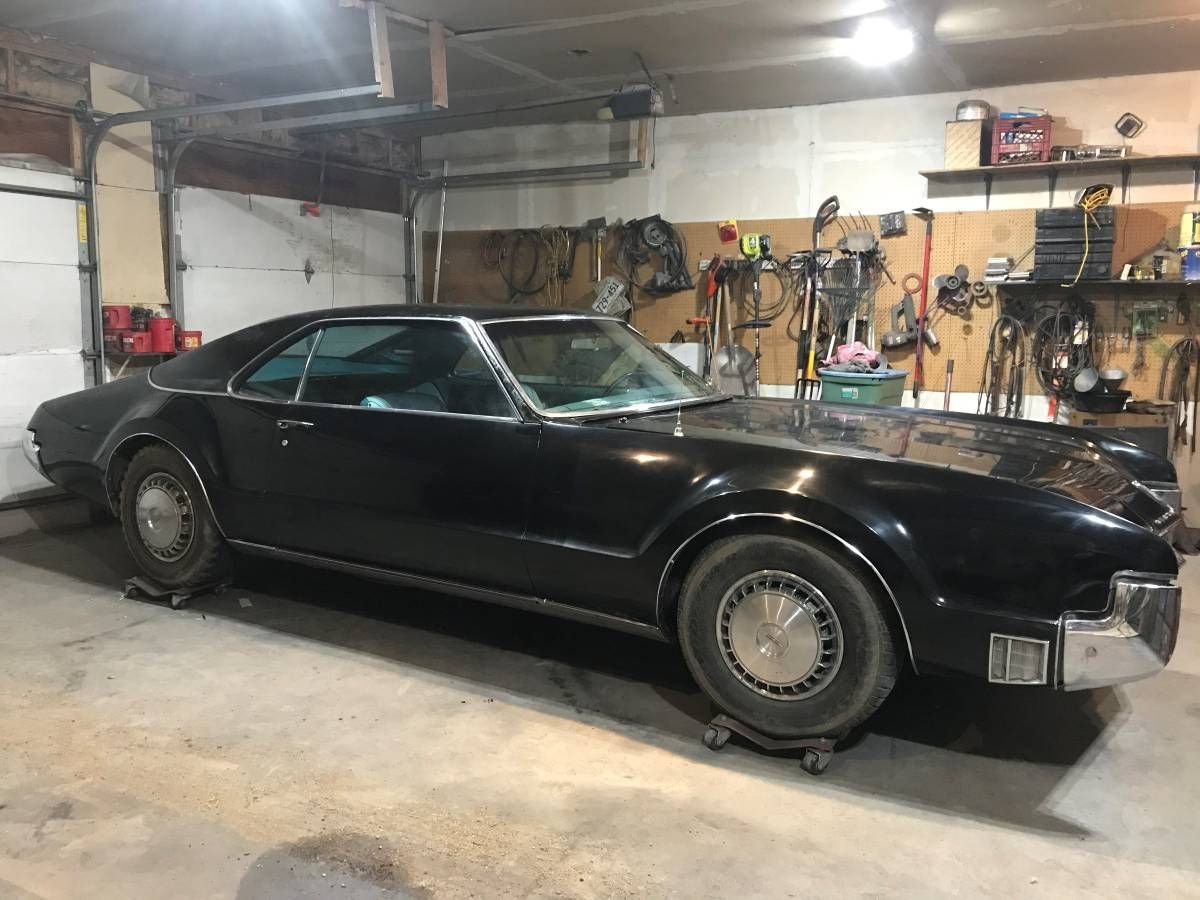 THIS 1967 OLDSMOBILE TORONADO DELUXE IS LOCATED IN: AVON, MN

The Oldsmobile Toronado is a personal luxury car manufactured and marketed by the Oldsmobile division of General Motors from 1966 to 1992 over four generations. The Toronado was noted for its transaxle version of GM's Turbo-Hydramatic transmission, making it the first U.S.-produced front-wheel drive automobile since the demise of the Cord in 1937.

Sharing the GM E platform introduced by the rear-wheel drive Buick Riviera in 1963 and adopted for the front-wheel drive 1967 Cadillac Eldorado, the three models shared the E platform for most of the Toronado's 26-year history.

The name "Toronado" had no prior meaning and was originally selected for a 1963 Chevrolet show car.

The Toronado began as a design painting by Oldsmobile stylist David North in 1962. His "Flame Red Car" was a compact sports/personal car never intended for production. A few weeks after the design was finished, however, Oldsmobile division was informed it would be permitted to build a personal car in the Riviera/Thunderbird class for the 1966 model year, and North's design was selected. For production economy, the still-unnamed car was to share the so-called E-body shell with the redesigned 1966 Buick Riviera (then entering its second generation), which was substantially larger than North had envisioned. Despite the efforts of Oldsmobile and General Motors styling chief Bill Mitchell to put the car on the smaller A-body intermediate, they were overruled for cost reasons.