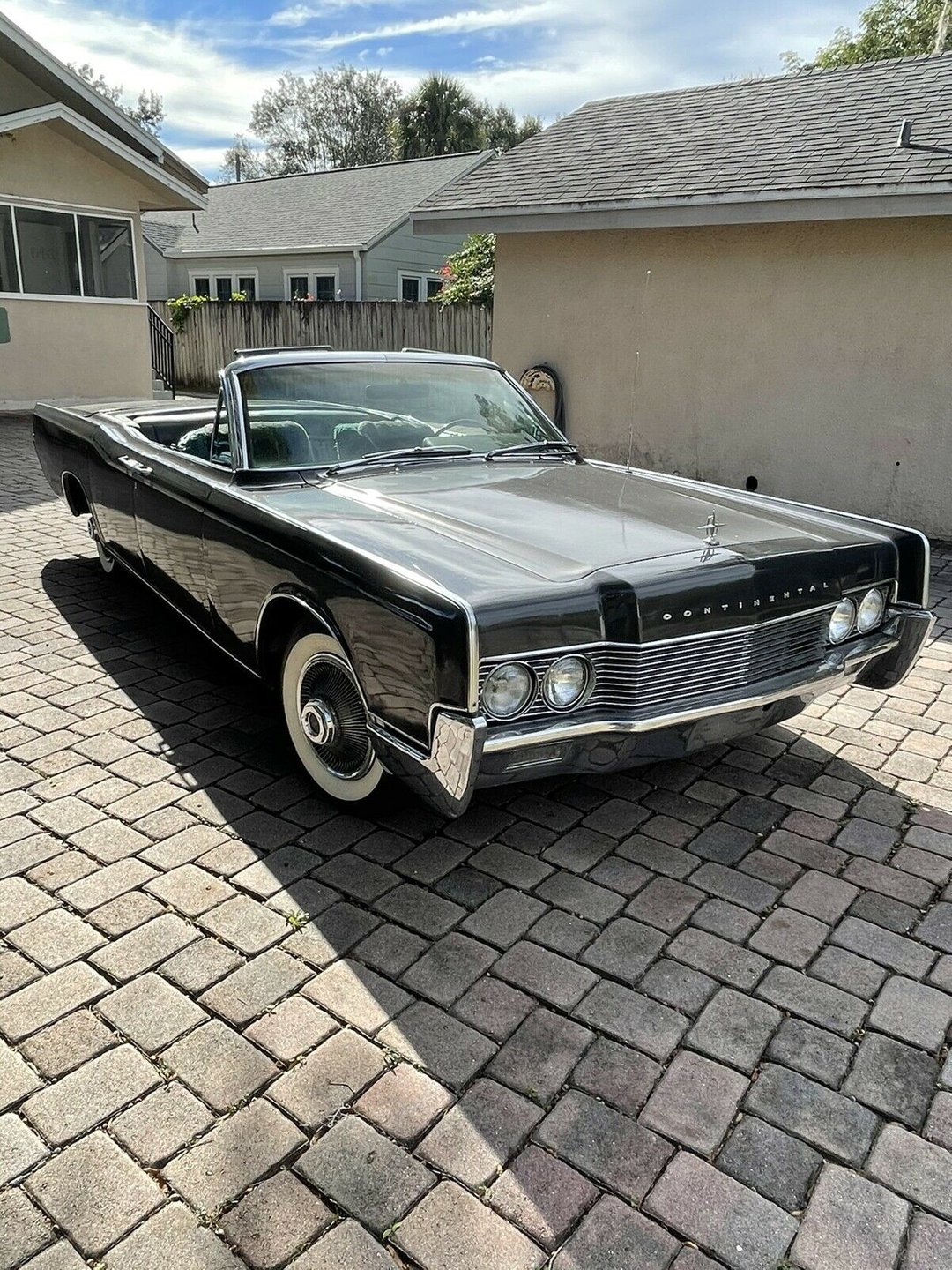 THIS 1967 LINCOLN CONTINENTAL IS LOCATED IN: ORLANDO, FL

For 1967, the Lincoln Continental was given only minor trim updates, with the deletion of the Lincoln star emblem from the front fenders being the largest change. Several functional changes were made, as Lincoln added a number of indicator lights to the dashboard. Along with an oil pressure warning light, the dashboard was given indicator lights for an open trunk and the cruise control (if on). Following federal safety mandates, lap safety seatbelts became standard equipment, coupled with an energy-absorbing steering column.