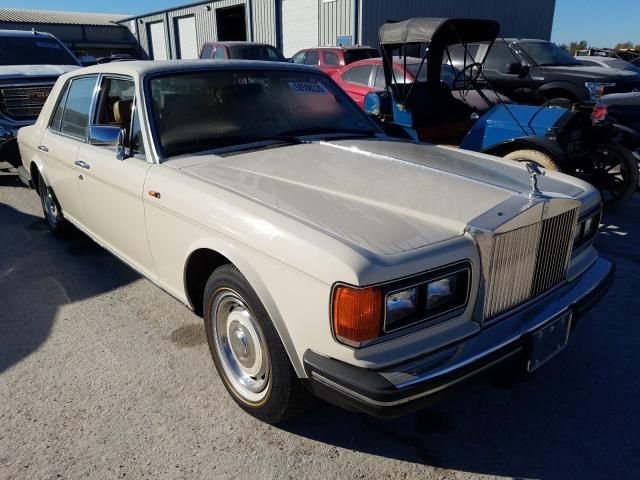 THIS 1985 ROLLS-ROYCE SILVER SPIRIT IS LOCATED IN: HOUSTON, TX

The Rolls-Royce Silver Spirit is a full-size luxury car produced by Rolls-Royce Motors, in Crewe, England, from 1980 to 1997. It was the first model in the SZ series. The Silver Spur is a long-wheelbase version of the Silver Spirit, produced from 1980 to 2000. It was the first car to feature a retractable Spirit of Ecstasy. The spring-loaded mascot sank into the radiator shell if dislodged from its position.

The Silver Spirit was introduced by Rolls-Royce in 1980 as the first of a new generation of company models. It formed the basis for the Flying Spur, Silver Dawn, Touring Limousine, Park Ward, and Bentley Mulsanne/Eight series.The Spirit/Spur carried over the basic design of the Silver Shadow, its 6.75 L L410 V8 engine and GM-sourced THM400 3-speed automatic gearbox, and similarly styled unitary bodywork manufactured at Pressed Steel. The Spur/Spirit continued the Silver Shadow's emphasis on ride quality by utilising its hydropneumatic self-levelling suspension, modified with Girling automatic hydraulic ride height control system and gas-charged shock absorbers