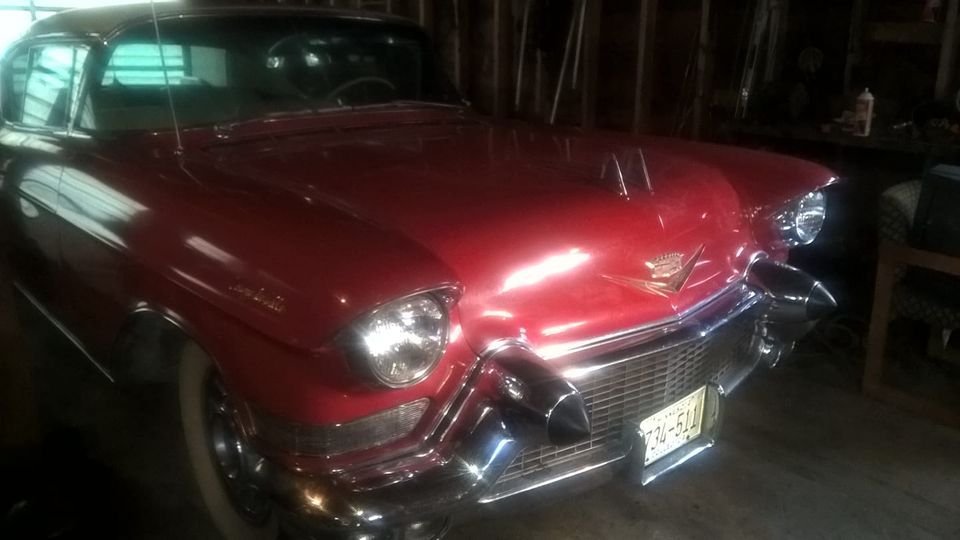 THIS 1957 CADILLAC COUPE DEVILLE IS LOCATED IN: AVON, MN

The name "DeVille" is derived from the French de la ville or de ville meaning "of the town". In French coach building parlance, a coupé de ville, from the French couper (to cut) i.e. shorten or reduce, was a short four-wheeled closed carriage with an inside seat for two and an outside seat for the driver and this smaller vehicle was intended for use in the town or city (de ville). An (unshortened) limousine or (in the United States) town car has a division between the passenger and driver compartments and if the driver's seat is outside it may be called a sedanca de ville or town car.

The first Cadillac "Coupe de Ville" was shown during the 1949 Motorama. It was built on a Cadillac Sixty Special chassis and featured a dummy air-scoop, chrome trim around front wheel openings, and a one-piece windshield and rear glass. The interior was black and trimmed in gray leather, including the headliner, to match the roof color. It was equipped with a telephone in the glove compartment, a vanity case and a secretarial pad in the rear armrest, power windows and highly decorative chrome interior trim. The prototype "Coupe de Ville" was used by GM President Charles E. Wilson until 1957 when he presented it to his secretary. At some time during this period it acquired a dark Vicodec roof. The prototype "Coupe de Ville" was found and restored in the 2nd decade of the New Millennium; it is currently (2016–17) in a private collection in London, Ontario, Canada.