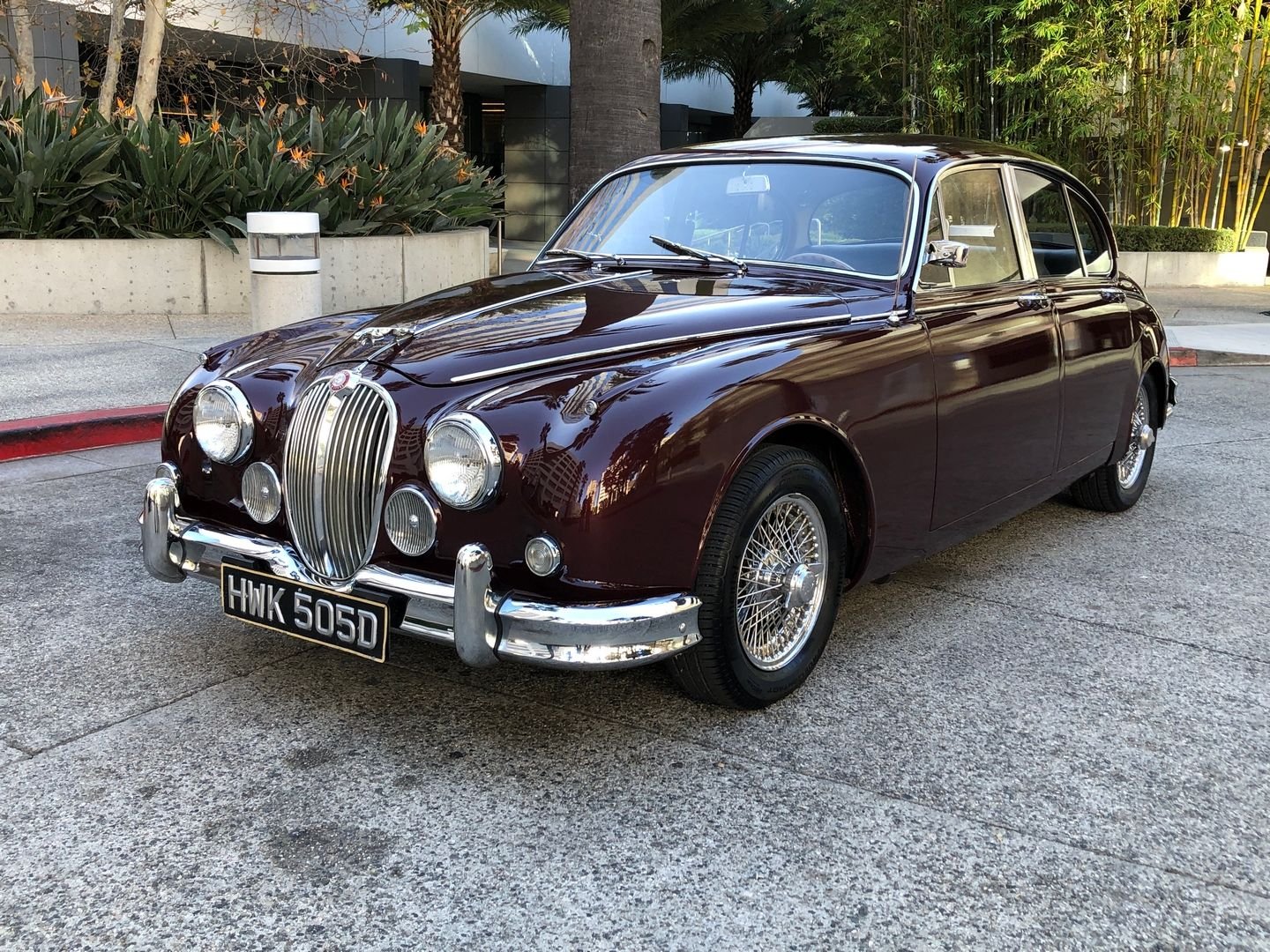 The new car was re-engineered above the waistline, with vision dramatically improved by an 18% increase in cabin glass area. Slender front pillars allowed a wider windscreen, and the rear window almost wrapped around to the enlarged side windows, now with the familiar Jaguar D-shape above the back door and fully chromed frames for all the side windows. The radiator grille was changed, and larger side, tail and fog lamps repositioned. Inside a new heating system was fitted and ducted to the rear compartment. There was an improved instrument layout that became standard for all Jaguar cars until the XJ series II of 1973.