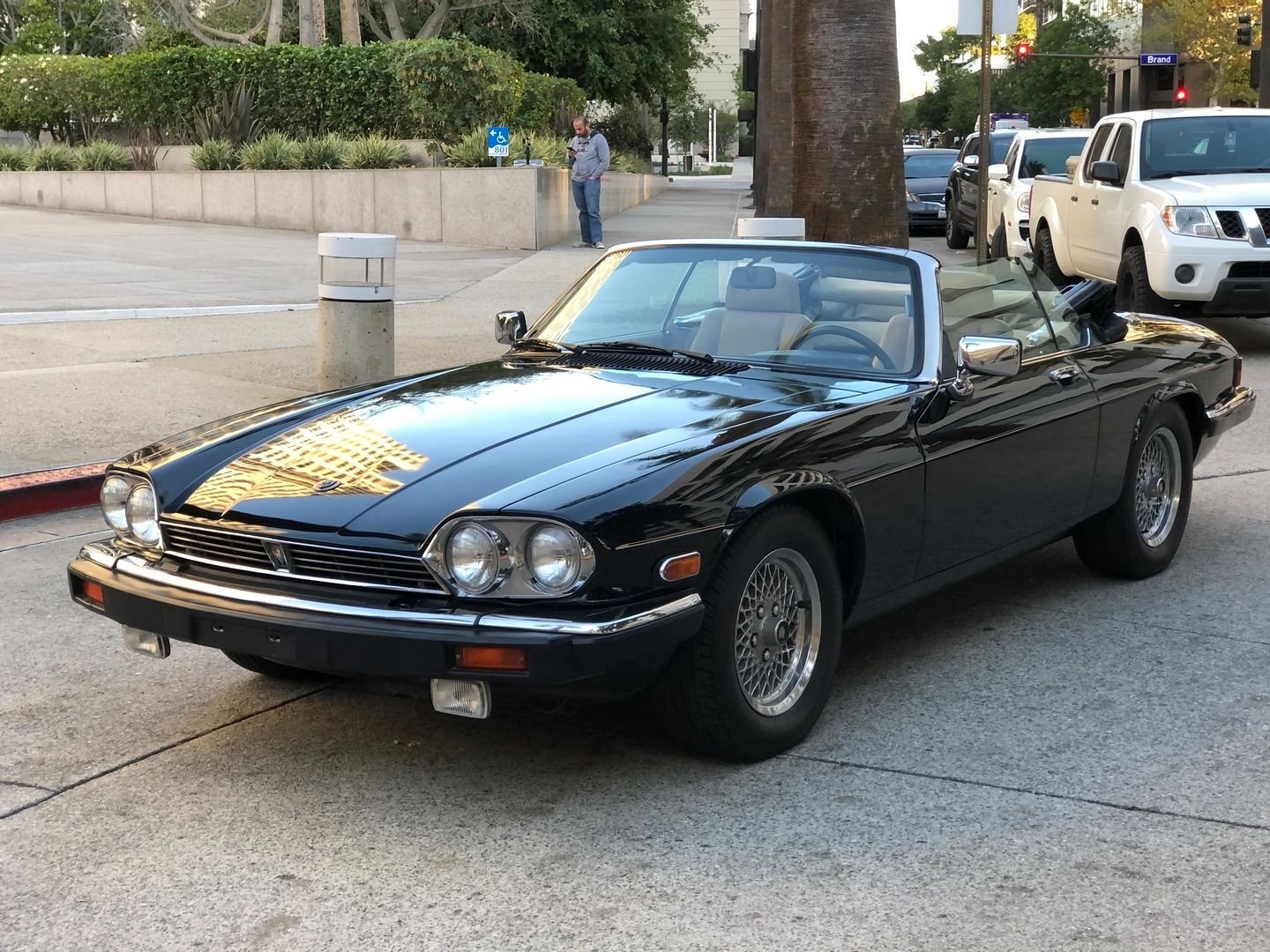 Originally developed by William Heynes Jaguar Chief Engineer and Vice Chairman using the platform and chassis of the then current Heynes designed XJ saloon, the XJ-S was noted for its prominent rear flying buttresses. The early styling initiated by Heynes and partially by Jaguar's aerodynamicist Malcolm Sayer — one of the first designers to apply advanced aero principles to cars. Sayer died just before the XJ-S body styling was frozen for production.

From July 1981, the XJ-S was renamed the XJ-S HE and received the new High-Efficiency V12 engine for much better fuel economy. With the Fire Ball combustion chamber designed by Swiss Engineer Michael May, power output was increased as a by-product to 220 kW (295 hp) or 196 kW (263 hp) in North America.[9] At the same time, the XJ-S HE received changes to its exterior and interior (body-coloured boot trim in place of the standard previous black, new five-spoke (starfish) alloy wheels, chrome inserts on the upper part of the bumpers, burled elm inserts on dashboard and door cappings).

1986 Jaguar XJ-SC targa convertible (US spec)
In 1983, the new 3.6-litre Jaguar AJ6 straight-six engine was introduced along with a new convertible model called the XJ-SC. The coupé's rather small rear seats were removed in order to make space for the removable soft top, making it a 2-seat car. The XJ-SC was not a full convertible but was a fixed profile variant with a non-removable centre targa-type structure, fixed cant rails above the doors and fixed rear quarter windows. The six-cylinder cars can be identified by a raised bonnet center section.

Between 1983 and 1987, the six-cylinder-engined cars were only available with a five-speed manual transmission (Getrag 265), with a four-speed automatic (ZF 4HP22) offered from 1987 onwards (along with improved fuel injection as used on the XJ40). The earlier, manual models were not imported by Jaguar into the United States, which had to wait until the facelift manual 4-litre XJS coupé and convertible became available. A V12 powered XJ-SC was introduced in 1985.

Pre-facelift XJ-S Convertible
The two-seat XJ-SC targa-type model, never a great success in the marketplace, was replaced by a two-seat full convertible in 1988 which proved to be a great hit.