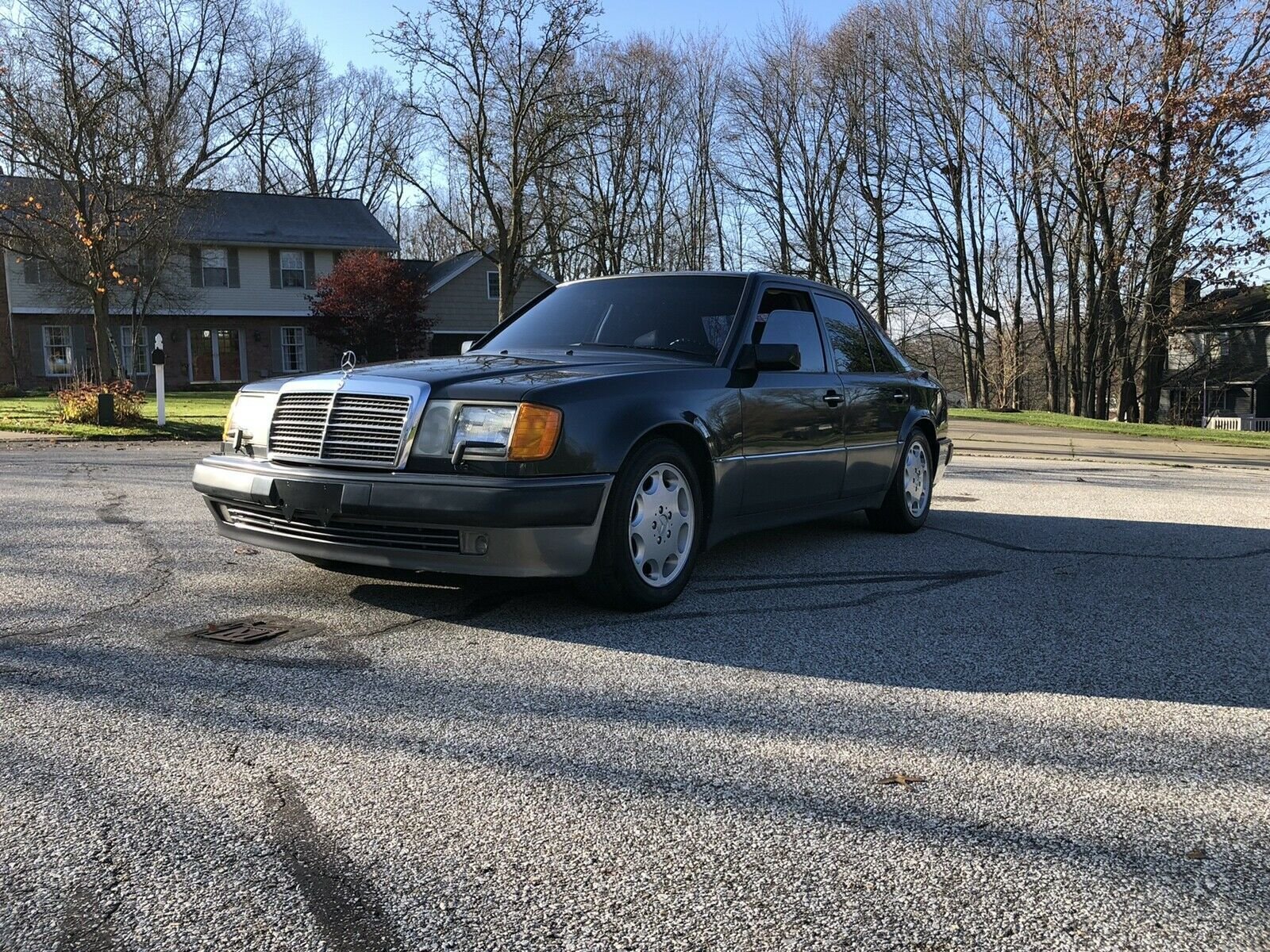 From 1990 to 1995, Mercedes-Benz sold a high-performance version of the W124, the Mercedes-Benz 500 E (W124.036). The 500 E was created in close cooperation with Porsche. With its engineering department being fully occupied with the development of the new S-Class, Mercedes-Benz commissioned Porsche in 1989 to redesign the W124 chassis to shoehorn the 5.0L V8 used in the SL into it, along with the necessary changes on the suspension system and drive train. When the car was ready, it was found that its widened wings didn't fit through the W124 assembly line in Sindelfingen in three places. Hence Porsche was also commissioned to assemble the car. As a side-effect this arrangement provided workload for Porsche's plant, as the company was in crisis at the time, and its factory capacity was underutilized.

During production Mercedes-Benz delivered parts to Porsche's "Reutter-Bau" plant in Zuffenhausen (an urban district of Stuttgart) where the 500 E chassis were hand-assembled. When finished the chassis were transported by truck to the Mercedes-Benz assembly plant in Sindelfingen to be painted. As soon as the paint was dry the varnished chassis were then shipped back to Porsche's "Rössle-Bau" in Zuffenhausen where the engine was put in and the car completed. For final inspection and delivery the vehicles again were transported to Sindelfingen. This process took a full 18 days per car.

Design began in 1989. Called '500 E' through to model year 1993, for model year 1994 it was face-lifted along with the rest of the range and renamed to 'E 500'. The chassis constructed by Porsche was also used to produce the 400 E (W124.034), that was technically identical to its big brother, save its 4.2L V8 also used in the S-Class and some other minor changes. The 400 E (later renamed 'E 420') was produced in Sindelfingen, since it lacked the widened wings and thus was perfectly understated as it looked like one of its lesser siblings.