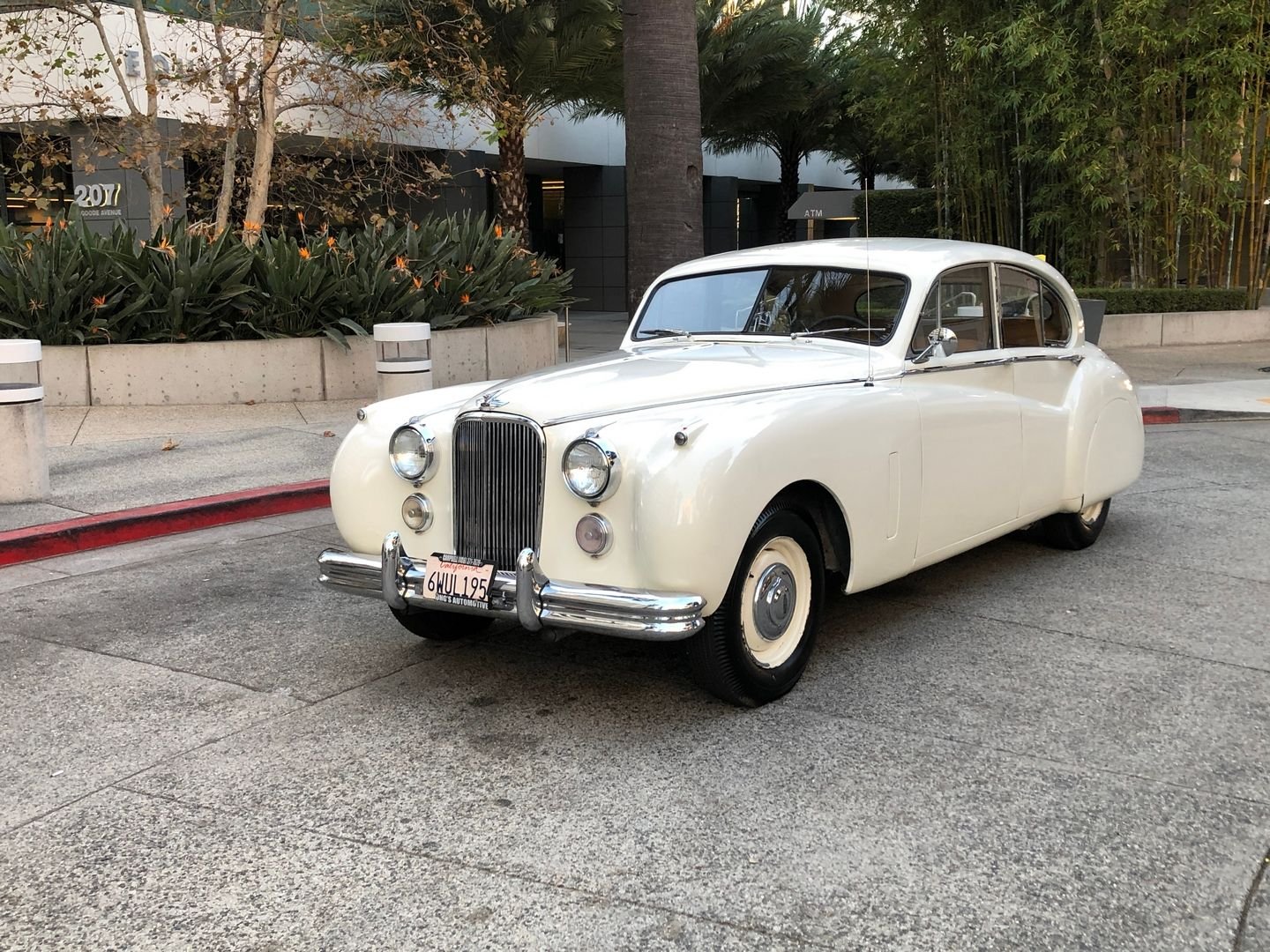 The Jaguar Mark VII is a four-door luxury car produced by Jaguar Cars of Coventry from 1951 to 1956. Launched at the 1950 British International Motor Show as the successor to the Jaguar Mark V, it was called the Mark VII because there was already a Bentley Mark VI on the market. A version of the Jaguar Mark V with the XK engine had been designated as the Mark VI, but it is thought that only two were built.

In its original 1950 form the Mark VII could exceed 100 mph, and in 1952 it became the first Jaguar to be made available with an optional automatic transmission.

Mark VIIs were successful in racing and rallying.

The Mark VII chassis came from the Jaguar Mark V and the wheelbase remained the same at 10 feet (3,048.0 mm). The new model's body looked more streamlined, with integrated headlights and mudguards, a two-piece windscreen, and longer rear overhang. As on the Mark V, the rear wheels were partially covered by removable spats.

Whereas the Mark V had a prewar pushrod engine originally developed by the Standard Motor Company, the Mark VII was powered by the newly developed XK engine. First seen in production form in the 1948 XK120,[5] the 3442 cc DOHC straight-six provided 160 bhp (119.3 kW), the same as in the XK120, and the saloon's claimed top speed was over 100 mph (160 km/h).