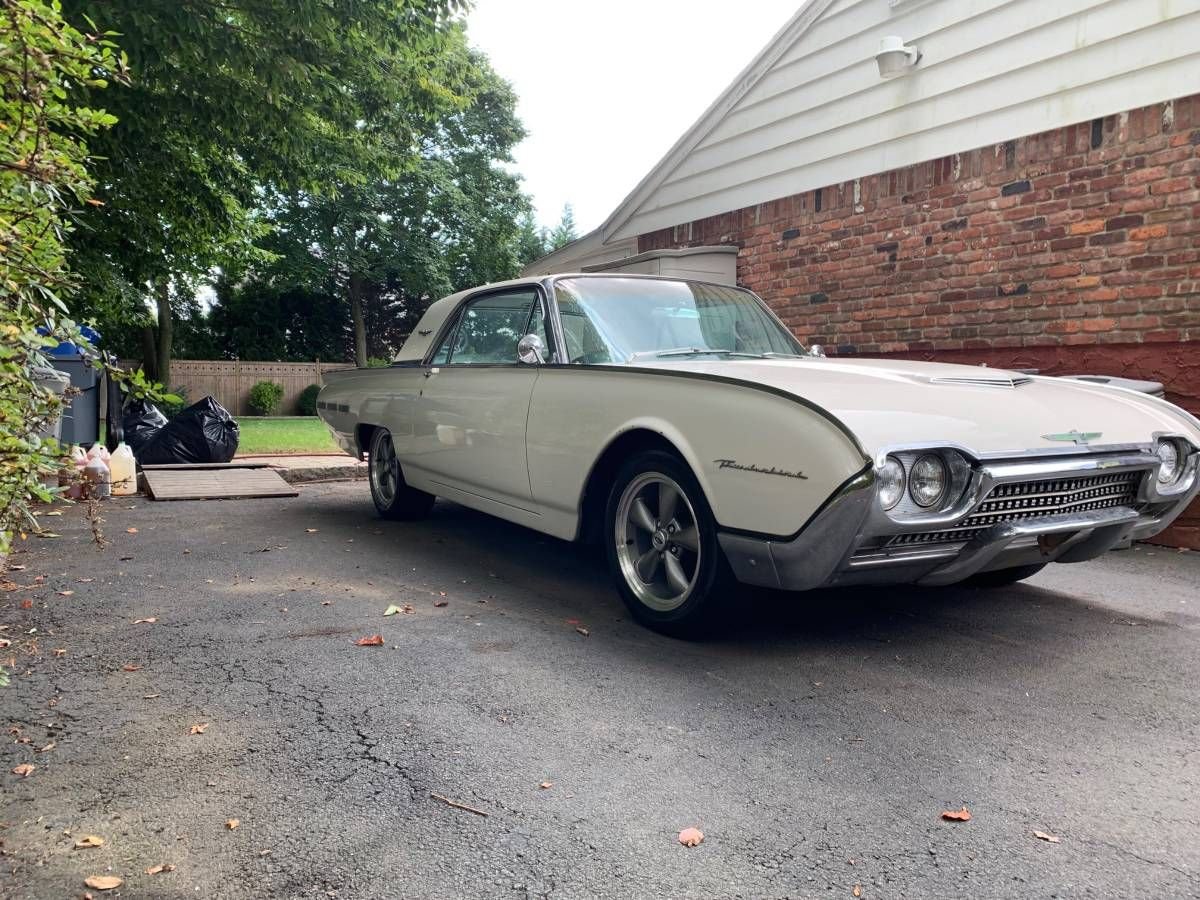 THIS 1962 FORD THUNDERBIRD IS LOCATED IN: NEWBURGH, NY

The third generation of the Ford Thunderbird is a large personal luxury car that was produced by Ford for the 1961 to 1963 model years. It featured new and much sleeker styling than the second generation models.
An addition for 1962 was a special engine code (VIN engine code M) which added a "tripower" or three two barrel setup to a higher compression version of the 390 engine. This engine used 406 heads as well as the same carburetors that were found on the high performance 406 powered Ford Galaxie but with a modified version of the intake manifold to allow for proper air flow under the engine.