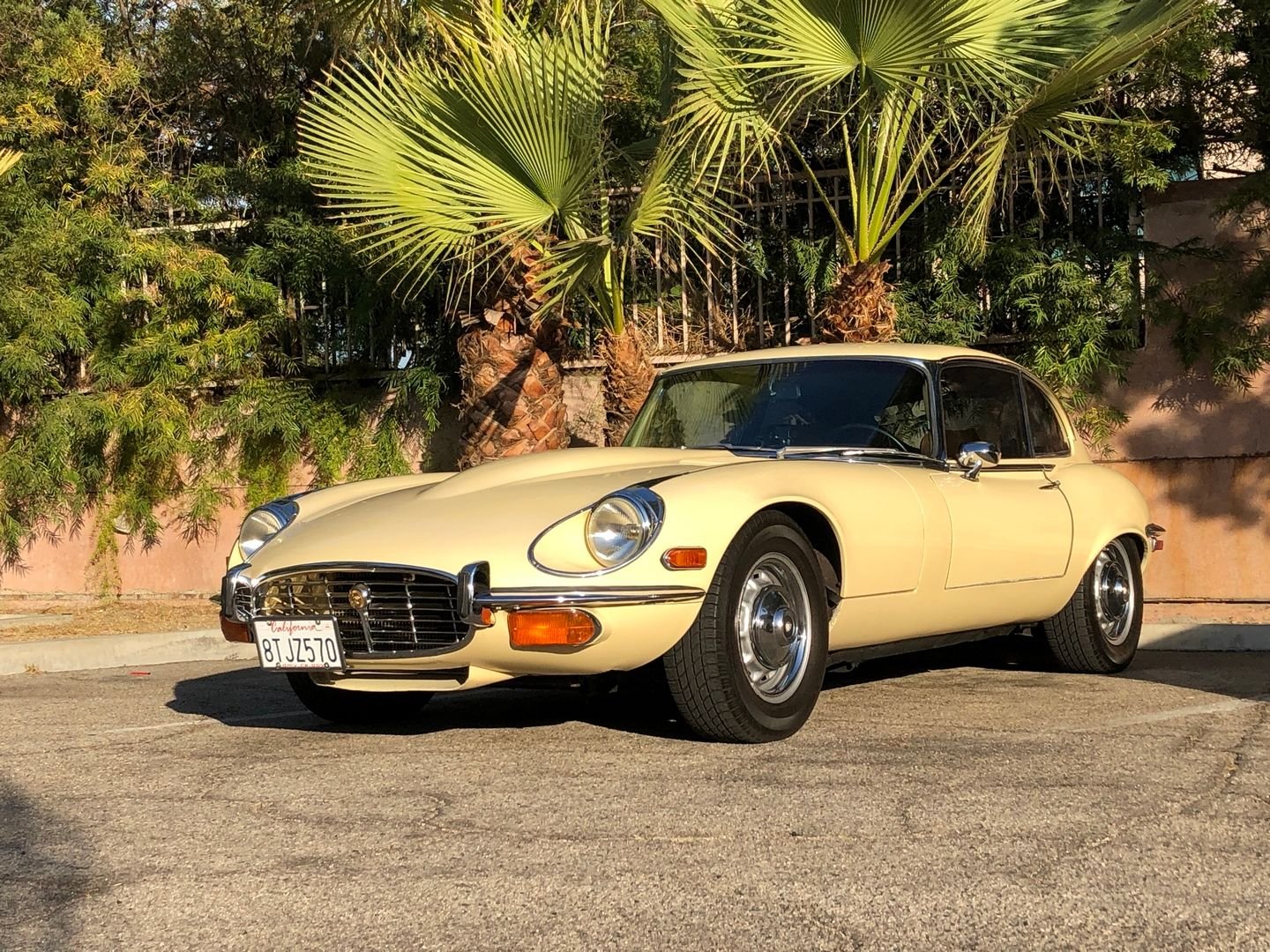 The Jaguar E-Type, or the Jaguar XK-E for the North American market, is a British sports car that was manufactured by Jaguar Cars Ltd between 1961 and 1975. Its combination of beauty, high performance, and competitive pricing established the model as an icon of the motoring world. The E-Type's claimed 150 mph (241 km/h) top speed, sub-7-second 0 to 60 mph (97 km/h) acceleration, unitary construction, disc brakes, rack-and-pinion steering, and independent front and rear suspension distinguished the car and spurred industry-wide changes. The E-Type was based on Jaguar's D-Type racing car , which had won the 24 Hours of Le Mans three consecutive years beginning 1955, and employed what was, for the early 1960s, a novel racing design principle, with a front subframe carrying the engine, front suspension and front bodywork bolted directly to the body tub. No ladder frame chassis, as was common at the time, was needed and as such the first cars weighed only 1315 kg (2900 lb).

The E-Type Series 3 was introduced in 1971, with a new 5.3 L Jaguar V12 engine, uprated brakes and standard power steering. Optionally an automatic transmission, wire wheels and air conditioning were available. The LeMans-proven V12 was equipped with four Zenith carburettors, and as introduced produced a claimed 203 kW (272 hp), more torque, and a 0-60 mph acceleration of less than seven seconds. The short wheelbase FHC body style was discontinued, with the Series 3 available only as a convertible and 2+2 coupé.

The newly used longer wheelbase now offered significantly more room in all directions. The Series 3 is easily identifiable by the large cross-slatted front grille, flared wheel arches, wider tyres, four exhaust tips and a badge on the rear that proclaims it to be a V12.

Cars for the US market were fitted with large projecting rubber bumper over-riders (in 1973 these were on front, in 1974 both front and rear) to meet local 5 mph (8 km/h) impact regulations, but those on European models were considerably smaller. US models also have side indicator repeats on the front wings. There were also a very limited number of six-cylinder Series 3 E-Types built. These were featured in the initial sales procedure but the lack of demand stopped their production. The V12 Open Two Seater and V12 2+2 were factory fitted with Dunlop E70VR − 15-inch tyres on 15 × 6K wire or solid wheels.