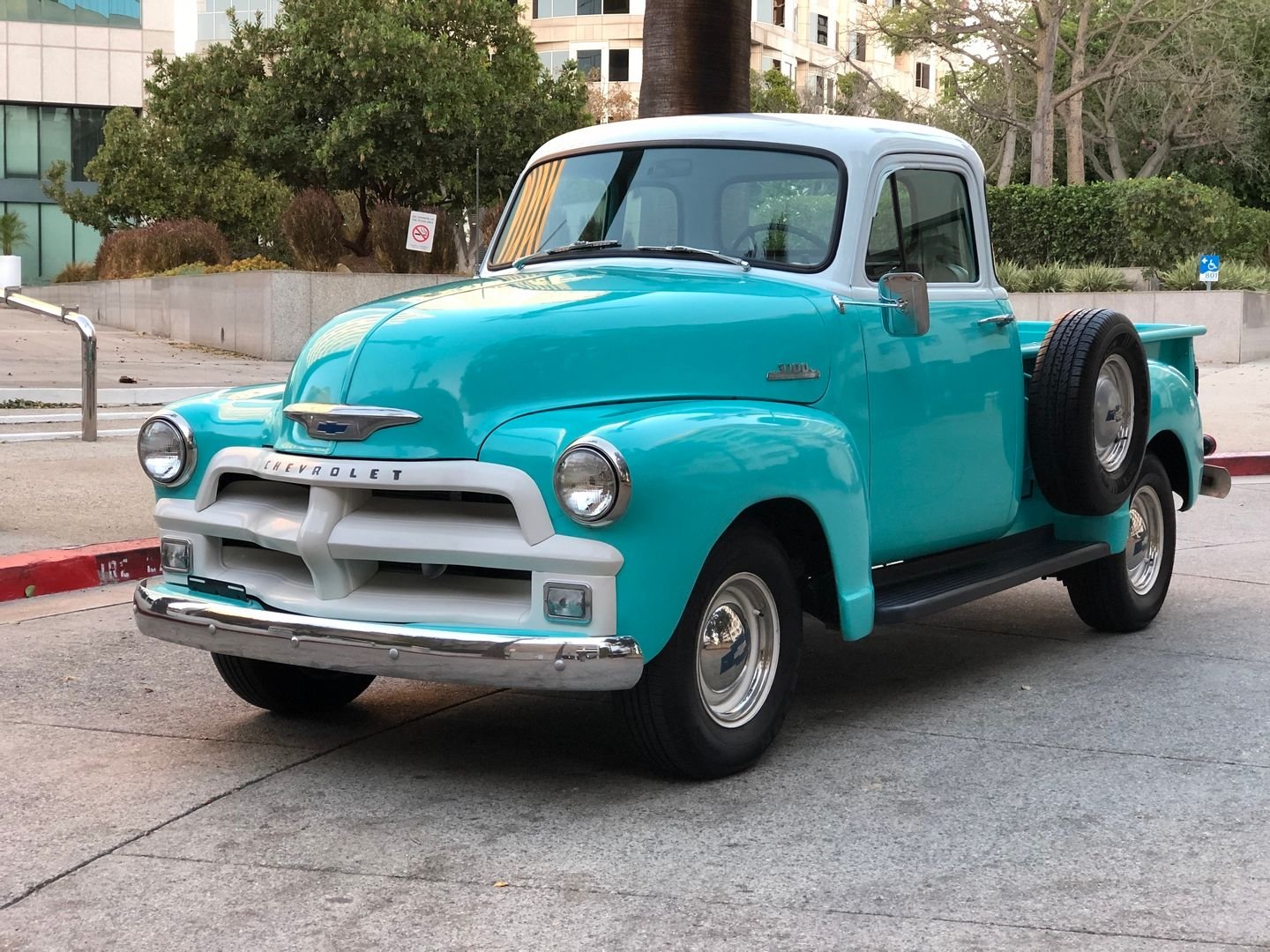 Advance-Design was a light and medium duty truck series by Chevrolet, their first major redesign after WWII. Its GMC counterpart was the GMC New Design. It was billed as a larger, stronger, and sleeker design in comparison to the earlier AK Series. First available on Saturday June 28, 1947, these trucks were sold with various minor changes over the years until March 25, 1955, when the Task Force Series trucks replaced the Advance-Design model.

The same basic design family was used for all of its trucks including the Suburban, panel trucks, canopy express, and cab overs. The cab overs used the same basic cab configuration and similar grille but used a shorter and taller hood and different fenders. The unique Cab Over fenders and hood required a custom cowl area which makes the Cab Over Engine cabs and normal truck cabs incompatible with one another while all truck cabs of all weights interchange.

From 1947 until 1955, Chevrolet trucks were number one in sales in the United States, with rebranded versions sold at GMC locations.