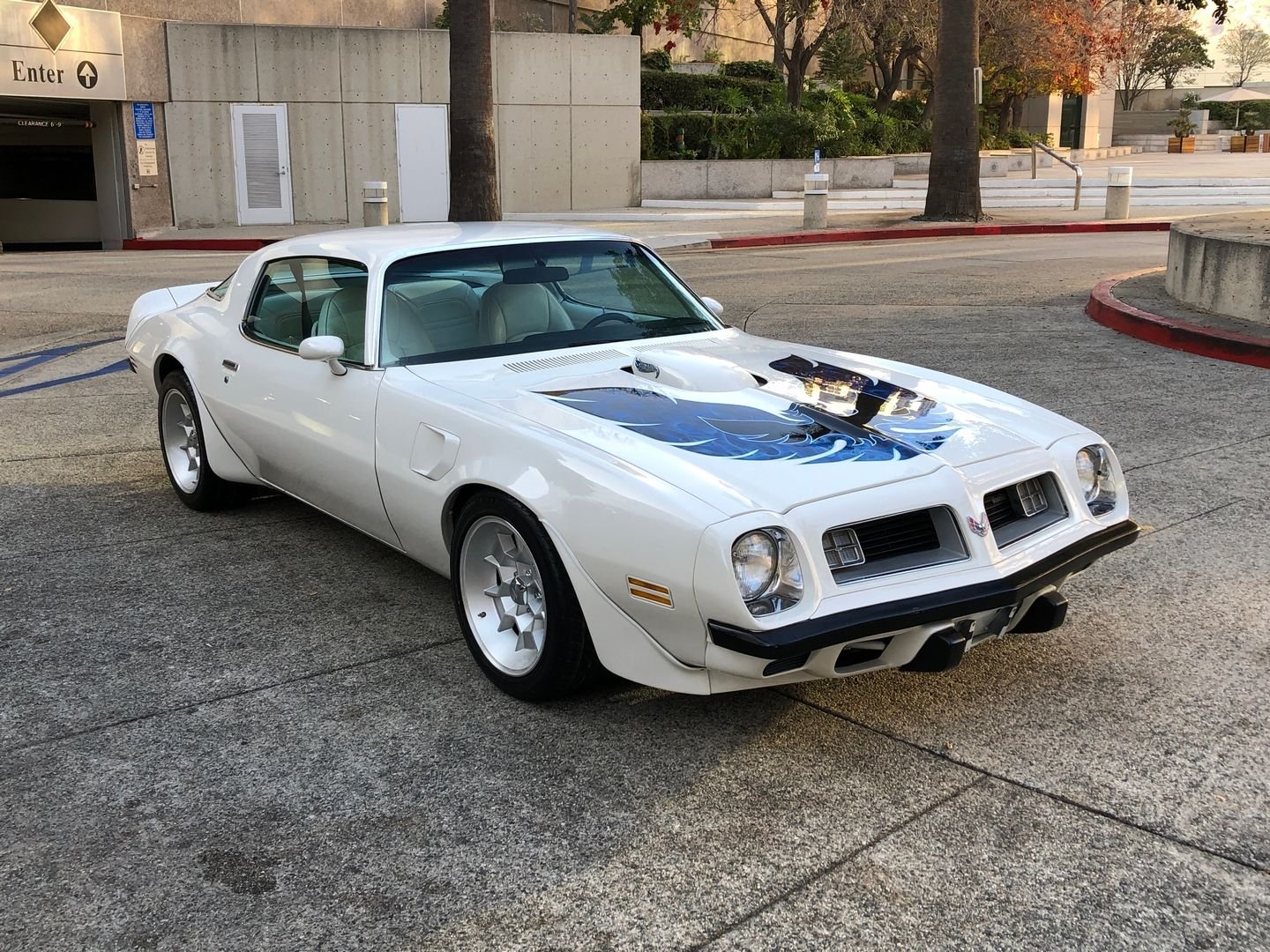 The name "Firebird" was also previously used by GM for the General Motors Firebird in the 1950s and early 1960s concept cars.

The 1975 models featured a new wraparound rear window with a revised roofline and the turn signals were moved up from the valance panel to the grills which distinguished it from the previous year model. The Super Duty engine, Muncie four-speed, and TurboHydramatic 400 automatic were no longer available in 1975. Due to the use of catalytic converters starting in 1975, the THM 400 would not fit alongside the catalytic converter underneath the vehicle. The smaller TurboHydramatic 350 automatic was deemed enough. The 400 was standard in the Trans Am and the 455 was optional for both 1975 and 1976 models.