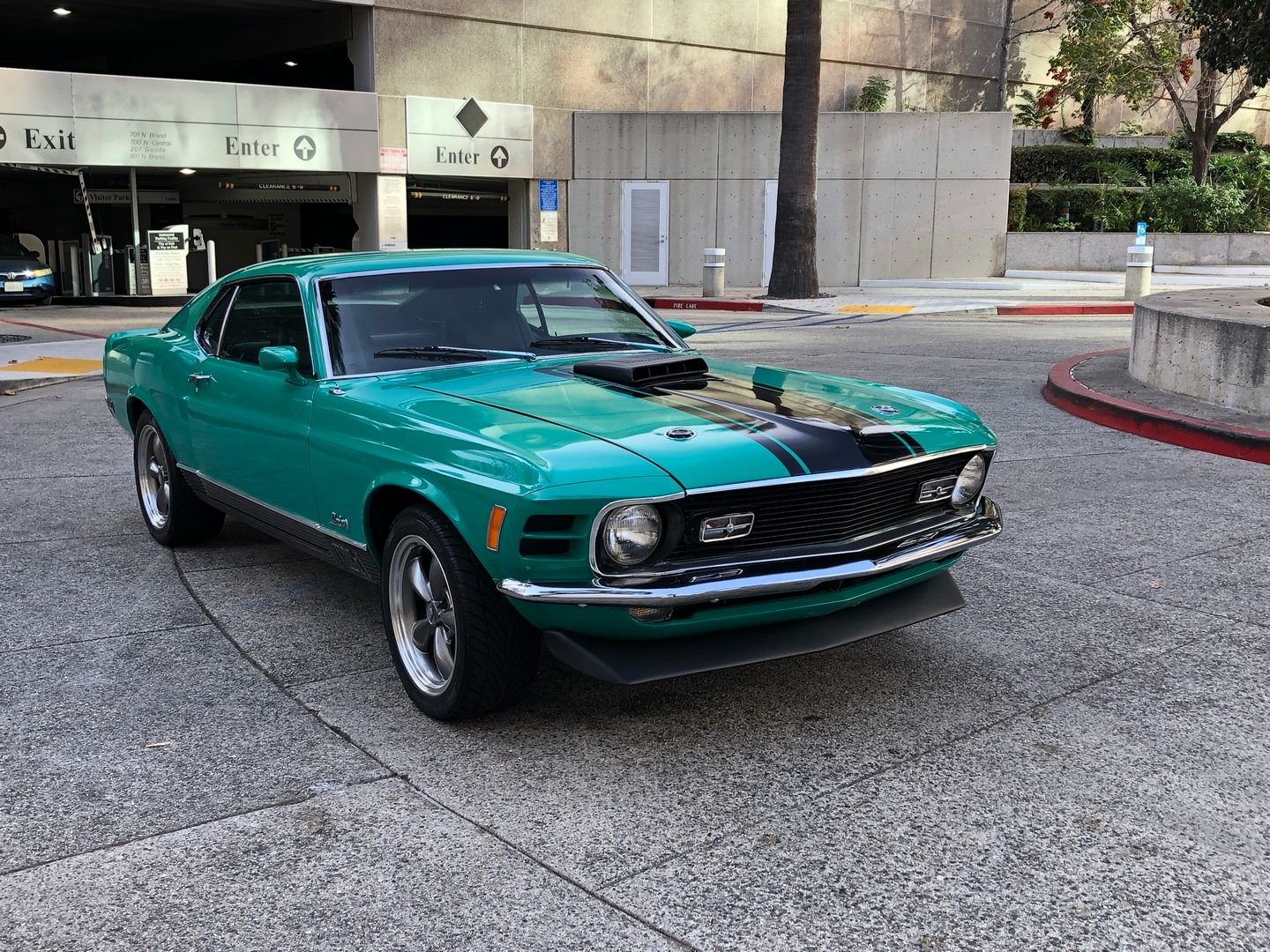 The Ford Mustang is a series of American automobiles manufactured by Ford. In continuous production since 1964, the Mustang is currently the longest-produced Ford car nameplate. Currently in its sixth generation, it is the fifth-best selling Ford car nameplate. The namesake of the "pony car" automobile segment, the Mustang was developed as a highly styled line of sporty coupes and convertibles derived from existing model lines, initially distinguished by "long hood, short deck" proportions.

Originally predicted to sell 100,000 vehicles yearly, the 1965 Mustang became the most successful vehicle launch since the 1927 Model A. Introduced on April 17, 1964 (16 days after the Plymouth Barracuda), over 400,000 units in its first year; the one-millionth Mustang was sold within two years of its launch. In August 2018, Ford produced the 10-millionth Mustang; matching the first 1965 Mustang, the vehicle was a 2019 Wimbledon White convertible with a V8 engine.

Lee Iacocca's assistant general manager and chief engineer, Donald N. Frey was the head engineer for the T-5 project—supervising the overall development of the car in a record 18 months—while Iacocca himself championed the project as Ford Division general manager. The T-5 prototype was a two-seat, mid-mounted engine roadster. This vehicle employed the German Ford Taunus V4 engine.

The original 1962 Ford Mustang I two-seater concept car had evolved into the 1963 Mustang II four-seater concept car which Ford used to pretest how the public would take interest in the first production Mustang. The 1963 Mustang II concept car was designed with a variation of the production model's front and rear ends with a roof that was 2.7 inches shorter. It was originally based on the platform of the second-generation North American Ford Falcon, a compact car.

Starting in 1969, to aid sales and continue the winning formula of the Mustang, a variety of new performance and decorative options became available, including functional (and non-functional) air scoops, cable and pin hood tie downs, and both wing and chin spoilers. Additionally, a variety of performance packages were introduced that included the Mach 1, the Boss 302, and Boss 429. The two Boss models were to homologate the engines for racing. The 1969 Mustang was the last year for the GT option (although it did return on the 3rd Generation Mustang for the 1982 Model Year). A fourth model available only as a hardtop, the Grande, saw success starting in 1969 with its soft ride, "luxurious" trim, 55 pounds (24.9 kg) of extra sound deadening, and simulated wood trim.