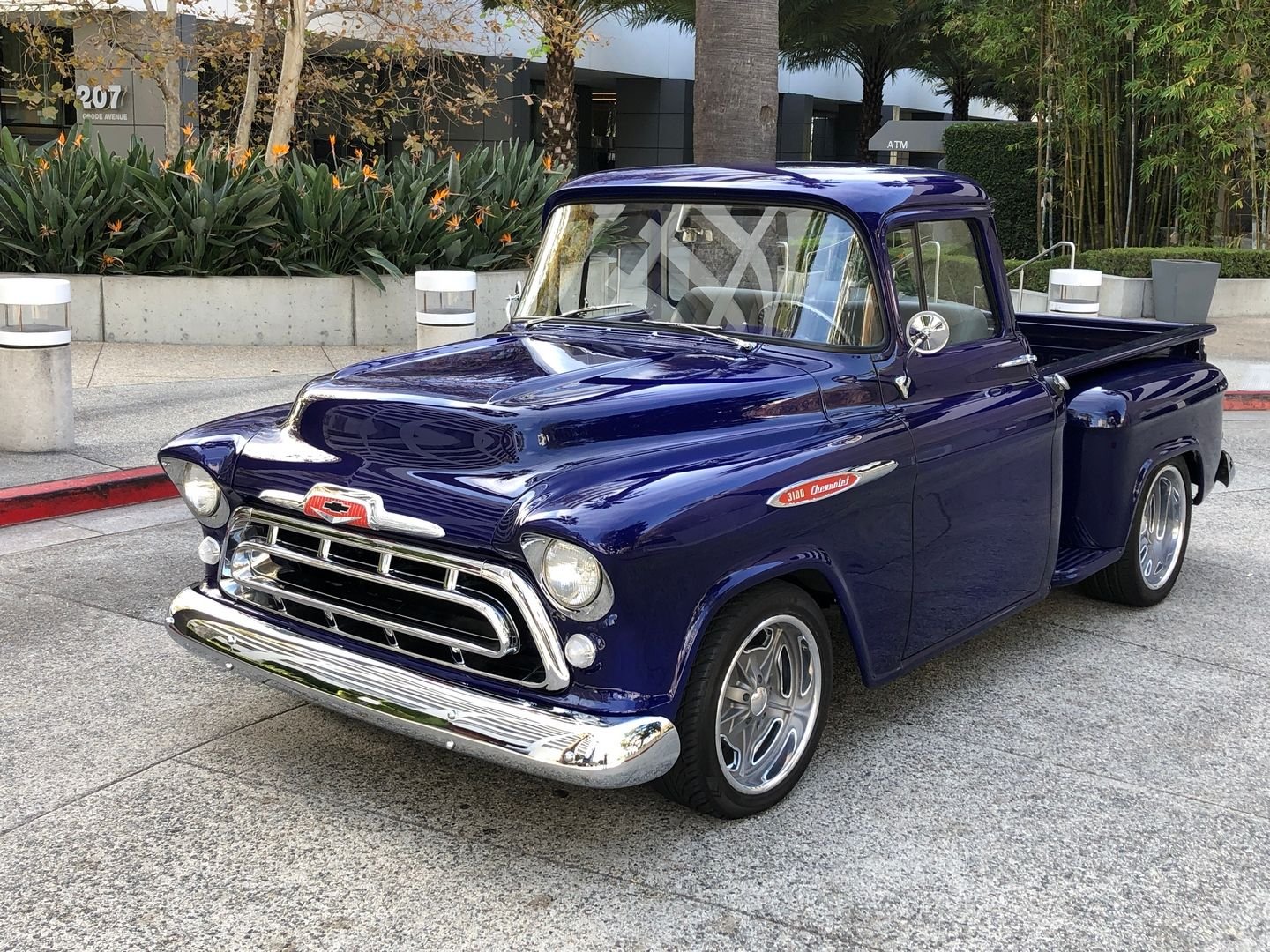 The Chevrolet Task Force was Chevrolet's successor to the Advance Design series. The Task Force Series ran from late 1955 (second series) through 1959. At GMC dealers, it was called the Blue Chip Series.

1957: Only year for more open grille. Hood is flatter with two spears on top, similar to the 1957 Bel Air. Fender emblems are still above fender line, but are now oval-shaped, as opposed to previous versions in script.