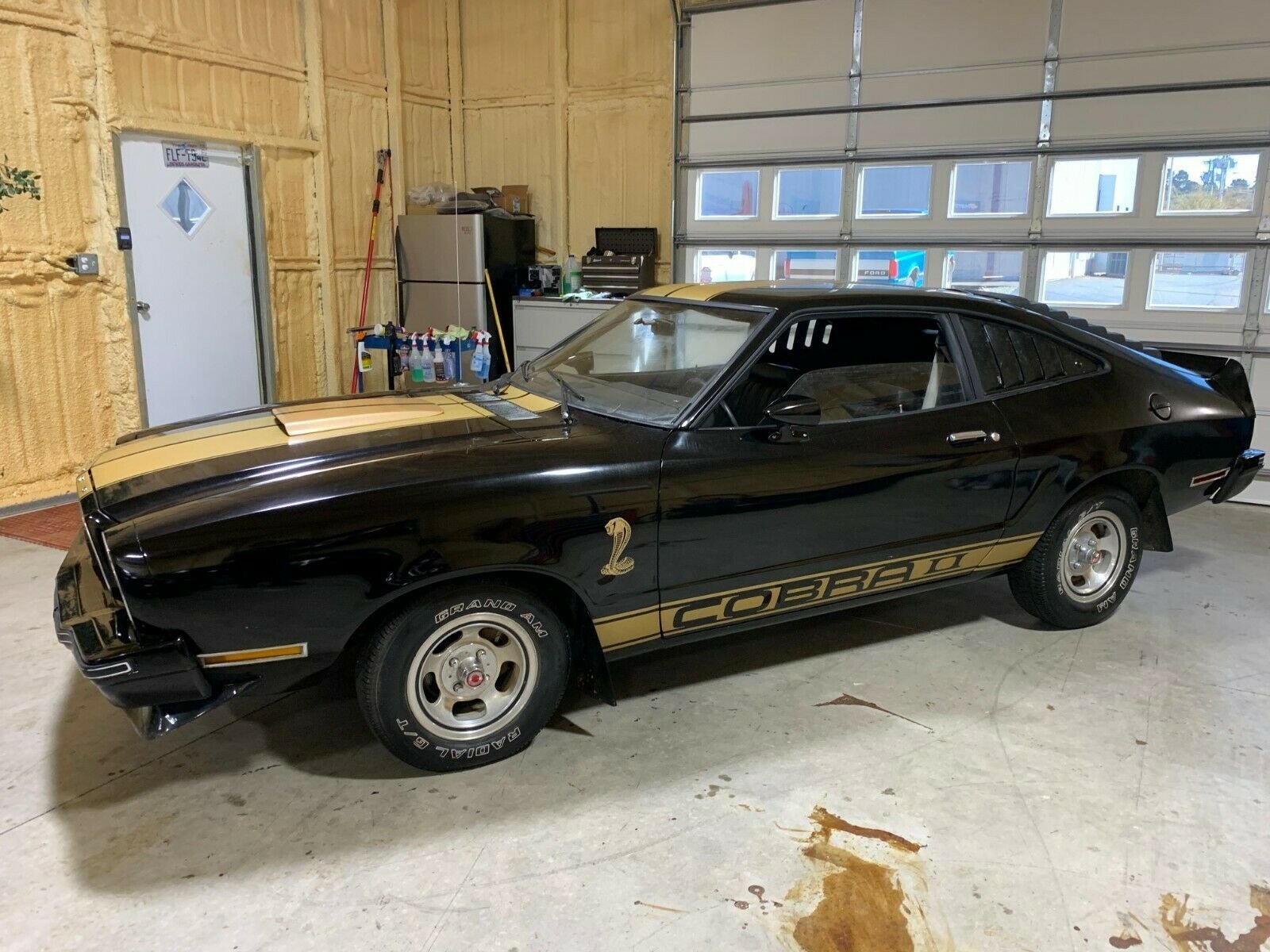 The second-generation Ford Mustang, marketed as the Ford Mustang II, is a two- or three-door, four passenger, front-engine/rear-drive pony car manufactured and marketed by Ford from 1973 to 1978. Introduced in September 1973 for model year 1974, the Mustang II arrived roughly coincident with the oil embargo of 1973 and subsequent fuel shortages.

490 pounds lighter and almost 19 inches shorter than the 1973 Mustang, the second generation was derived from the subcompact Pinto platform using a unique unibody with an isolated front suspension and engine mount subframe while sharing a limited number of chassis and driveline components. The steering was improved from the previous generation by using a rack-and-pinion design.

Named Motor Trend's 1974 Car of the Year and reaching over 1.1 million sales over four years of production, the Mustang II is noted simultaneously for both its marketing prescience and strong sales — while regarded by certain enthusiasts as having abandoned essential aspects of the Mustang heritage and in a retrospective after 40 years since its introduction described as embodying the Malaise era.

The 1977 model year introduced a "Sports Appearance Group" for the Ghia model that was color-matched to either black or tan paint, as well as several minor styling changes and expanded color options for the Cobra II. Also new was a T-top option for the fastback featuring twin removable tinted glass panels. Midway through the 1977 model year, changes for the 1978 model year were pulled ahead to sell early. It is most notable on the Cobra II models where the hood scoop was turned around to seem more aerodynamic and the graphics were revised. For the decals, the over-the-top dual stripes running the length of the car were replaced with a single stripe and on the sides of the car, the snake and "COBRA II" decals were replaced with large stripes raised to the middle of the body sides with large "COBRA" lettering in the middle. Louvers were added to the hatch and the side panel louvers only came in black. All the windows and glass moldings were painted black.