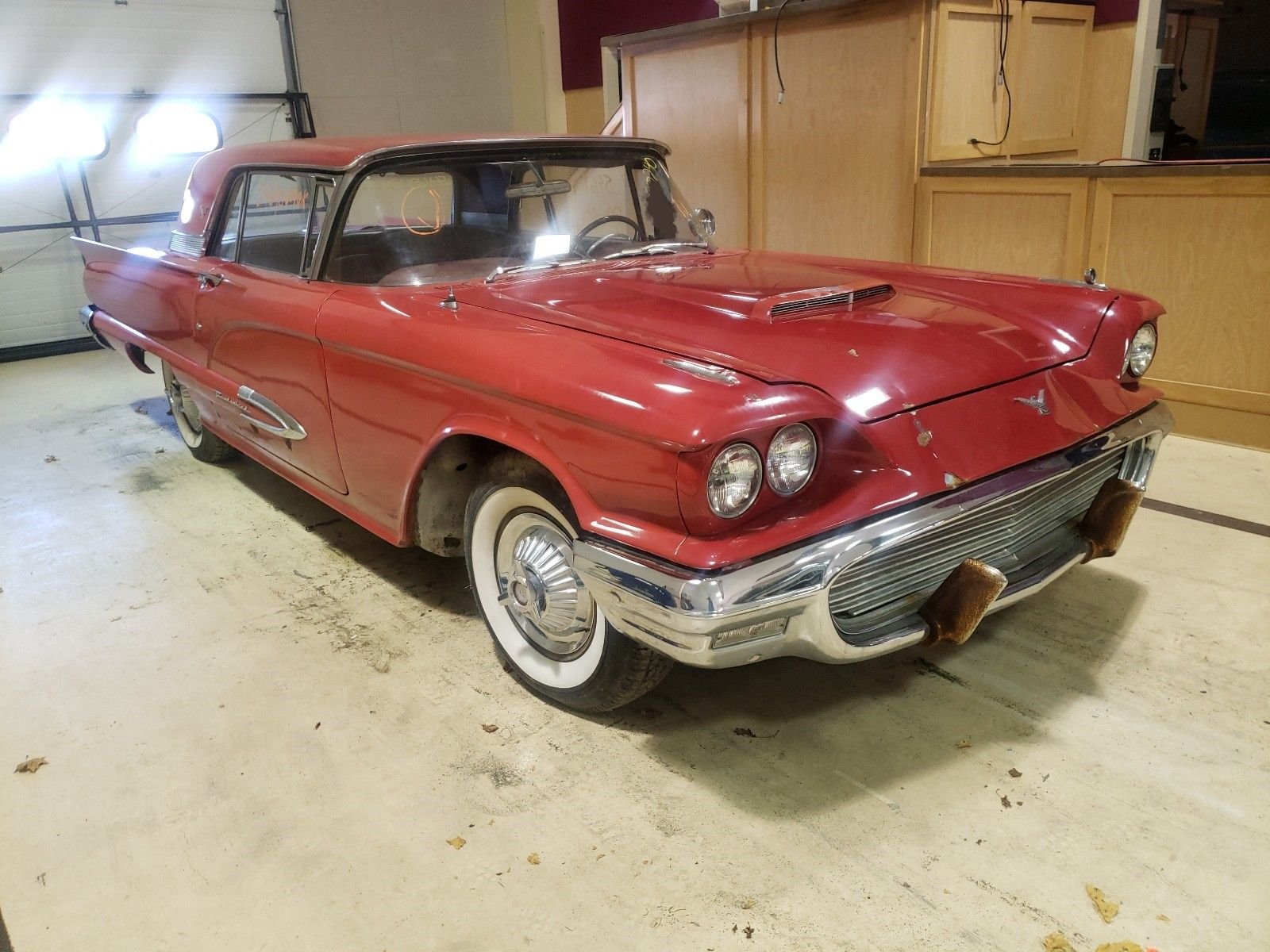 The second generation Ford Thunderbird (also called Square Bird) was produced by Ford for the 1958 to 1960 model years as a successor to the popular 1955–1957 two-seater. In response to Ford-conducted surveys two major changes were made to attract potential buyers: two rear seats were added and the level of luxury and features of a full-sized car were incorporated into a mid-size platform.

As a result, sales soared and the new model dramatically expanded the personal luxury car market, winning the Motor Trend Car of the Year in 1958. Over 200,000 units were produced in its three-year model run, quadruple that of the two-seater in its three-year span.

Along with the 1958 Lincolns, the 1958 Thunderbird was the first Ford Motor Company vehicle designed with unibody construction.

• CLEAN AND CLEAR NY STATE TRANSFERABLE REGISTRATION, FOR OLD CARS PRIOR TO 1973 NY STATE ISSUES A TRANSFERABLE REGISTRATION, SAME AS THE TITLE; YOU CAN REGISTER AND GET A TITLE IN YOUR STATE
• ODOMETER SHOWS 6,593 MILES
• V8 ENGINE
• AUTOMATIC TRANSMISSION
• DUAL EXHAUST
• WHITE WALL TIRES
• NICE GLASS
• DENT FREE HUB CAPS
• WELL MAINTAINED, GARAGE KEPT
• NOT RUNNING DUE TO SITTING FOR A FEW YEARS
• THE ENGINE TURNS OVER