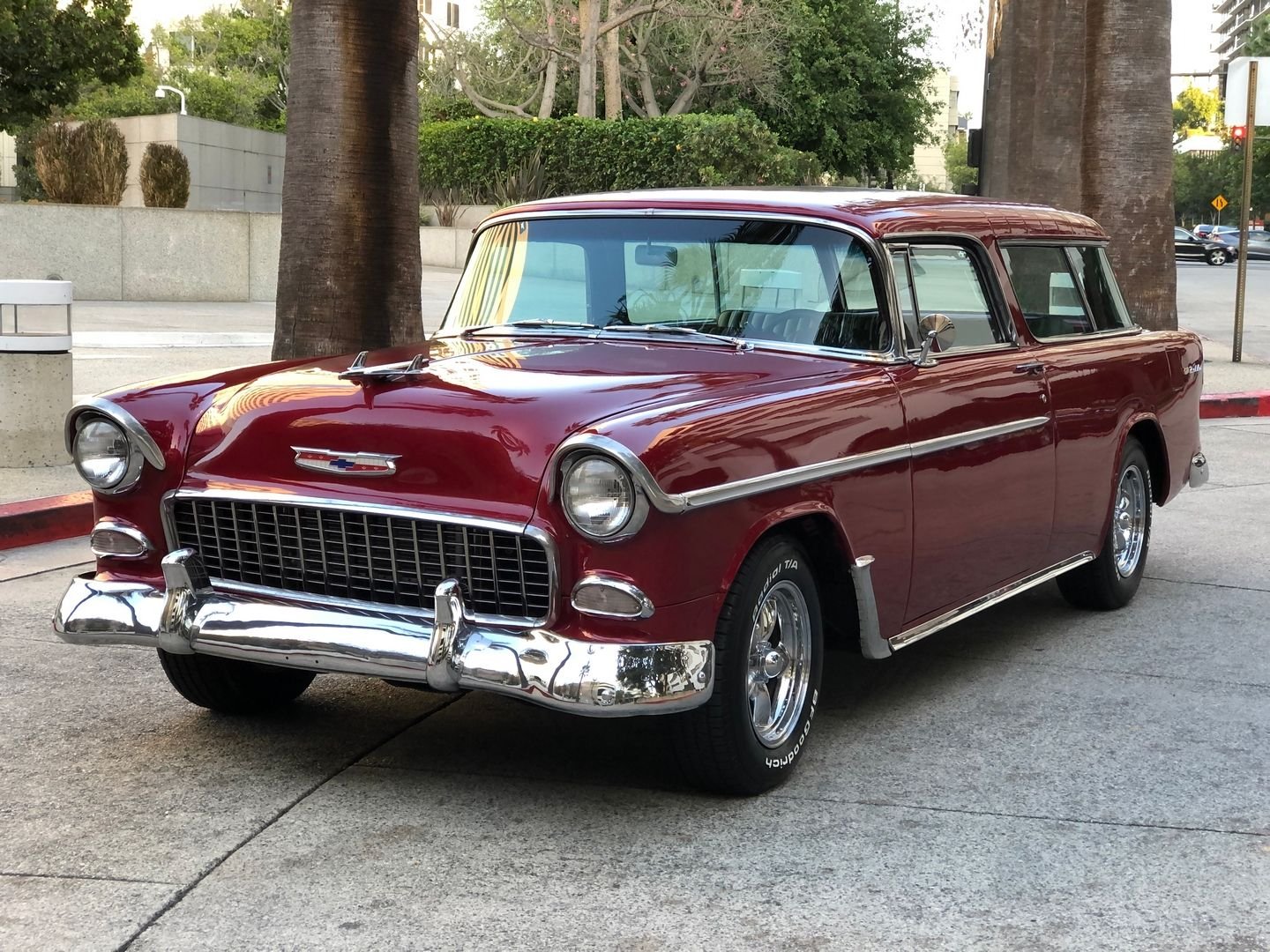 In South Africa, the Nomad name was used on a small utility vehicle.

The Nomad is best remembered in its two-door Tri-Five form that was considered a halo model during its three-year production. It was named for nomads.

Chevrolet received all-new styling. Advertised as "The Hot One," the boxy new design was modern-looking, and its popularity was shared with the Tri-Five Chevrolets of this generation. Nomads, like Bel Airs, included interior carpeting, chrome spears on front fenders, chrome window moldings, and full wheel covers. For 1955, Chevrolets gained a V8 engine option. The new 265 cu in (4.3 L) V8 featured a modern, overhead valve, high compression, short stroke design. The base V8 had a two-barrel carburetor and was rated at 162 hp (121 kW), and the "Power Pack" option featured a four-barrel carburetor and other upgrades yielding 180 bhp (134 kW). Later in the year, a "Super Power Pack" option added high-compression and a further 15 bhp (11 kW). It had room for six passengers.