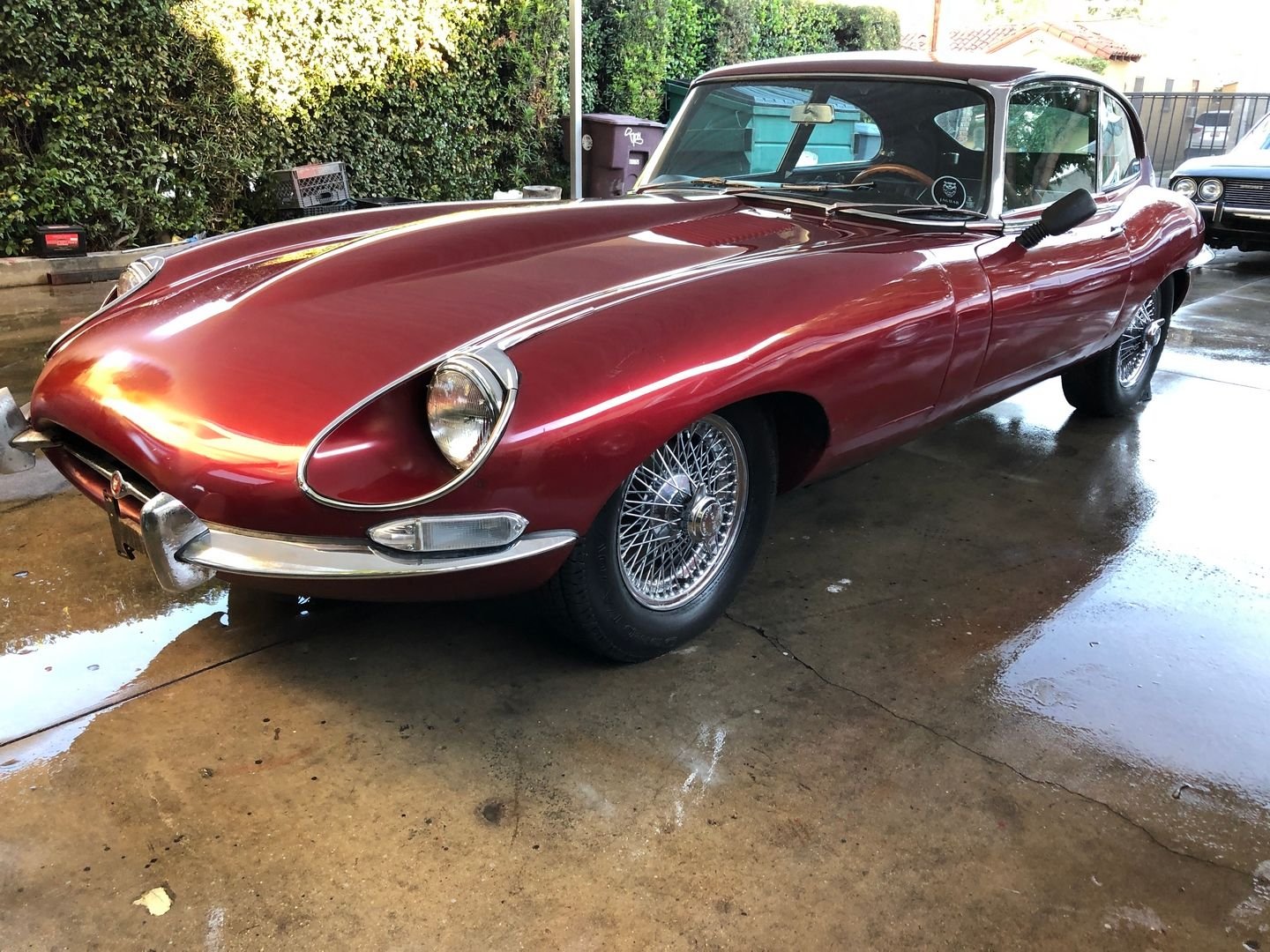 The Series 1 was introduced, initially for export only, in March 1961. The domestic market launch came four months later in July 1961. The cars at this time used the triple SU carburetted 3.8-litre six-cylinder Jaguar XK6 engine from the XK150S. Earlier built cars utilised external bonnet latches which required a tool to open and had a flat floor design. These cars are rare and more valuable. After that, the floors were dished to provide more leg room and the twin bonnet latches moved to inside the car. The 3.8-litre engine was increased to 4.2 litres (4,235 cc) in October 1964.

The 4.2-litre engine produced the same power as the 3.8-litre (265 bhp;198 kW) and same top speed (150 mph;241 km/h), but increased torque approximately 10% from 240 to 283 lb⋅ft (325 to 384 N⋅m). Acceleration remained pretty much the same and 0 to 60 mph (0 to 97 km/h) times were around 6.4 seconds for both engines, but maximum power was now reached at 5,400 rpm instead of 5,500 rpm on the 3.8-litre. That all meant better throttle response for drivers that did not want to shift down gears. The 4.2-litre's block was completely redesigned, made longer to accommodate 5 mm (0.20 in) larger bores, and the crankshaft modified to use newer bearings. Other engine upgrades included a new alternator/generator and an electric cooling fan for the radiator.

A 2+2 version of the fastback coupé was added in 1966. The 2+2 offered the option of an automatic transmission. The body is 9 in (229 mm) longer and the roof angles are different. The roadster and the non 2+2 FHC (Fixed Head Coupé) remained as two-seaters.

Less widely known, right at the end of Series 1 production, but prior to the transitional "Series 1½" referred to below, a small number of Series 1 cars were produced with open headlights. These Series 1 cars had their headlights modified by removing the covers and altering the scoops they sit in, but these Series 1 headlights differ in several respects from those later used in the Series 1½ (or 1.5), the main being they are shorter at 143 mm from the Series 1½ at 160 mm. Production dates on these machines vary but in right hand drive form production has been verified as late as July 1968. They are not "rare" in the sense of the build of the twelve lightweights, but they are certainly uncommon; they were not produced until January 1967 and given the foregoing information that they were produced as late as July 1968, it appears that there must have been an overlap with the Series 1.5 production, which began in August 1967 as model year 1968 models. These calendar year/model year Series 1 E-Type 's are identical to other 4.2-litre Series 1 examples in every respect except for the open headlights; all other component areas, including the exterior, the interior, and the engine compartment are the same, with the same three SU carburetors, polished aluminium cam covers, center dash toggle switches, etc.