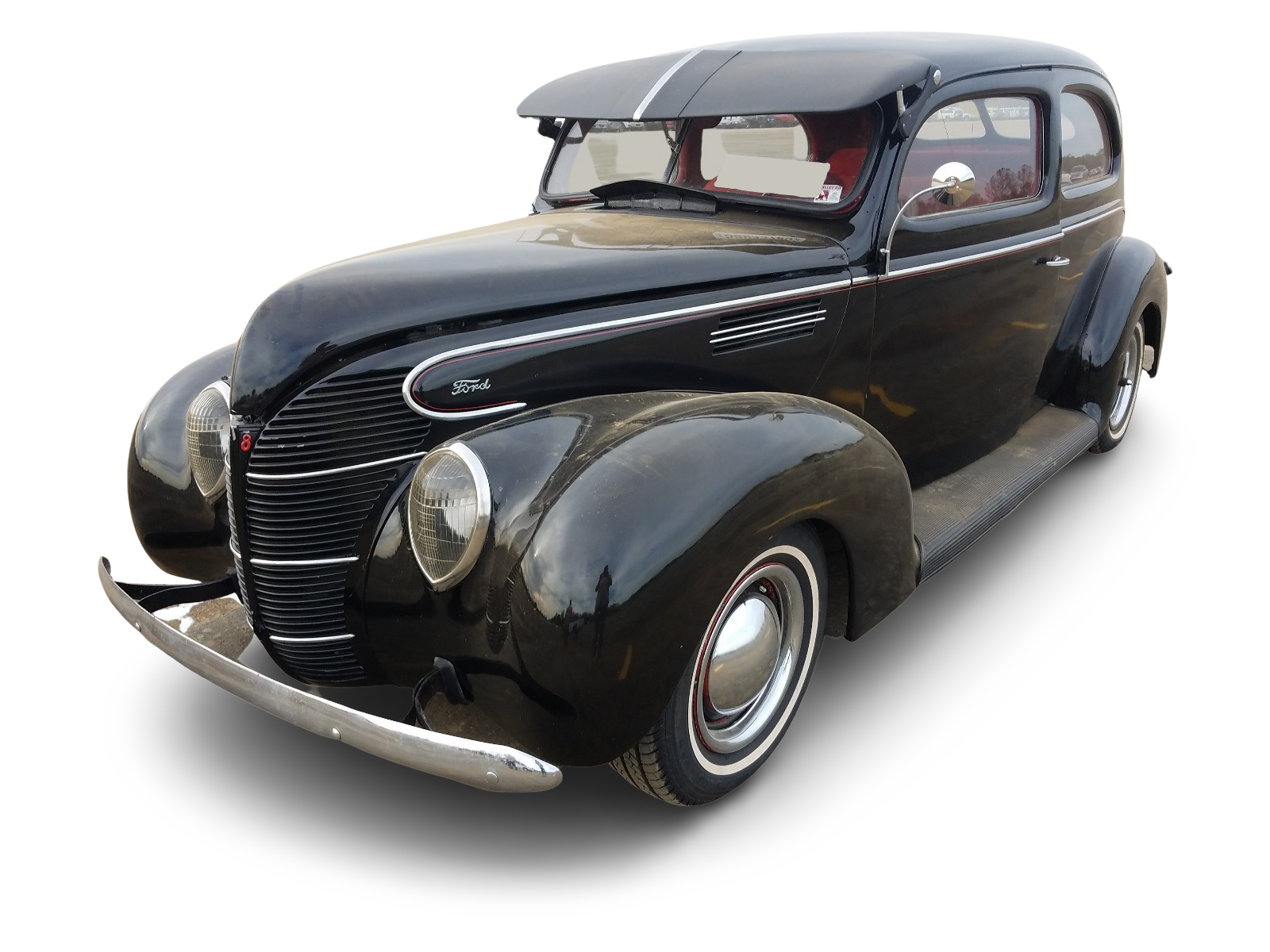 The Ford's look was again modernized for 1939 — the Deluxe used a low pointed grille with heavier vertical slats, while the standard Ford had a higher grille with horizontal dividers. The headlights (the example illustrated has been converted to '40 Ford sealed beam headlamps - '39s used bulb and reflector lamps, the last year for these) were moved farther apart, now sitting almost in front of the wheels. The side grilles and louvers were removed in favor of chrome strips on Deluxe models. The "alligator" hood opened deep from the top of the grille back, eliminating the side panels found on previous models.

Mechanically, Ford put hydraulic brakes on their cars for the very first time.

The phaeton, club coupe, and convertible club coupe models were discontinued. The engine was also revised for 1939 with downdraft carburetors widening the torque band but leaving power unchanged at 85 hp (63 kW). Hydraulic brakes were a major advancement across the Ford line.