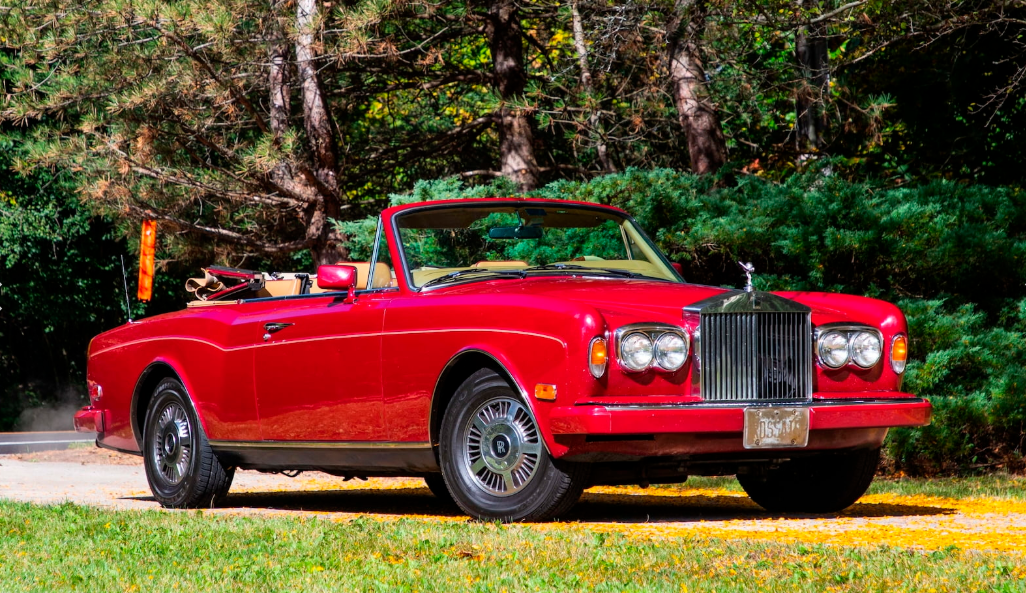 THIS 1987 ROLLS-ROYCE CORNICHE II CONVERTIBLE IS LOCATED IN: INDIANAPOLIS, IN

The Rolls-Royce Corniche is a two-door, front-engine, rear wheel drive luxury automobile produced by Rolls-Royce Motors as a hardtop coupé (from 1971 to 1980) and as a convertible from (1971 to 1995).

The Corniche was a development of the Mulliner Park Ward two-door versions of the Rolls-Royce Silver Shadow. These were designated as the 2-door Saloon and Drophead Coupé, introduced in 1965 and 1966 respectively. Production remained in London at Mulliner Park Ward; the new name was applied in March 1971.

A Bentley version of the Corniche was also produced. It became known as the Bentley Continental from 1984 to 1995.

The Corniche draws its name from the experimental 1939 Corniche prototype. The name originally comes from the French word corniche, a coastal road, especially along the face of a cliff, most notably the Grande Corniche along the French Riviera above the principality of Monaco.

The Corniche II name was applied for the United States market from 1986 and for other markets from 1988. Anti-lock brakes were added for 1988, but air bags would not be available until the Corniche III. Also new for 1988 were some detail changes to the interior. Later in 1988 there was also a new reverse warning lens type and pattern around the rear license plate, as well as newly designed seats and redesigned instrumentation.

1,234 examples of the Corniche II were produced.