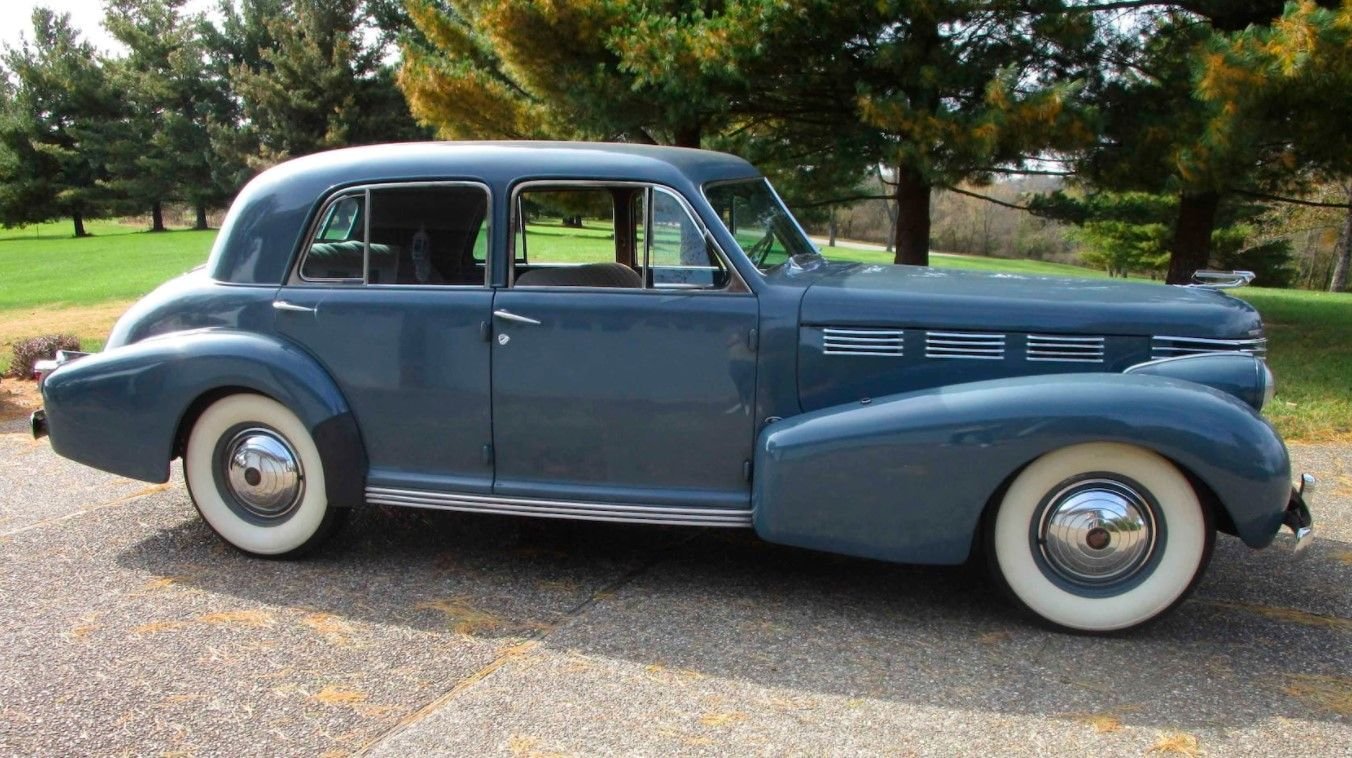 THIS 1938 CADILLAC SERIES 60 SPECIAL IS LOCATED IN: INDIANAPOLIS, IN

For 1938, the Harley Earl-Bill Mitchell designed Sixty Special was added between Cadillac's lowest-priced line of cars, the "Series 60", and the "Senior" large-bodied Cadillacs. It replaced the model "70" (short-base Series 70). Although all first-generation 60 Specials were built at the Fleetwood Plant, the 60 Special was marketed as a Fisher Body car in 1938 and 1939.

The new four-door sedan, designed to look like a convertible sedan, showcased trend-setting features including a completely integrated, coupe-like trunk (which launched "three-box" sedan styling); no running boards (which all makes soon followed); convertible-style doors with bright metal window frames (Bill Mitchell called the '38 60 Special "the first hardtop"); a "four-window" canopy with more glass area than any Cadillac before; a steeply-raked windshield and four front-hinged doors. Contrary to what was then prevailing practice for luxury automobiles, the new Sixty Special was intended as an owner-driven car, rather than a chauffeur-driven one.