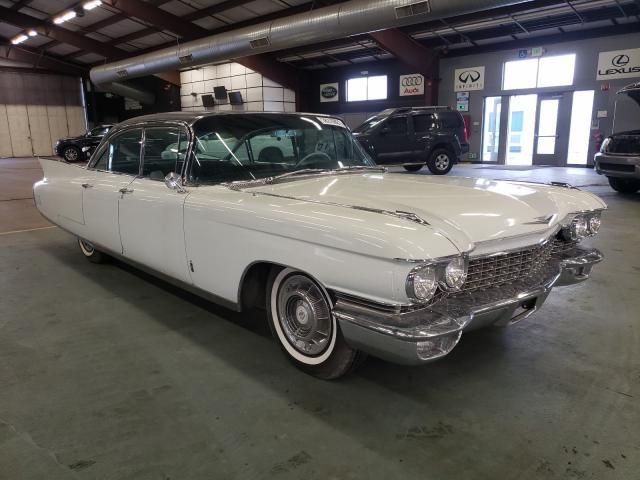 The Cadillac Fleetwood is a model of luxury car that was manufactured by the Cadillac division of General Motors between 1976 and 1996. The "Fleetwood" name was previously used as a prefix on several of Cadillac's models dating back to 1935. Four door cars bearing the name "Fleetwood" generally had longer wheelbases than Cadillac's more common Series 62 and DeVille models.

Through 1984, all Fleetwood series cars were rear wheel drive. For 1985, "Fleetwood" was used on new front wheel drive models which were made through 1992. In 1987, a stretched wheelbase car was offered and named the Fleetwood 60 Special, a name which was last used in 1970 for the non-Brougham RWD Fleetwood car. During this time, the rear wheel drive cars built on the older Fleetwood platform dating from 1977 continued to be offered as "Fleetwood Brougham" (later shortened to "Brougham"). In 1993, a new rear wheel drive Fleetwood was introduced, but was discontinued after 1996.

Before 1934, all Cadillac models could be ordered with bodies built by General Motors' Fleetwood operation in Fleetwood, Pennsylvania, instead of their usual Fisher Body, and between 1935 and 1941, cars bearing the Fleetwood name were assembled there.