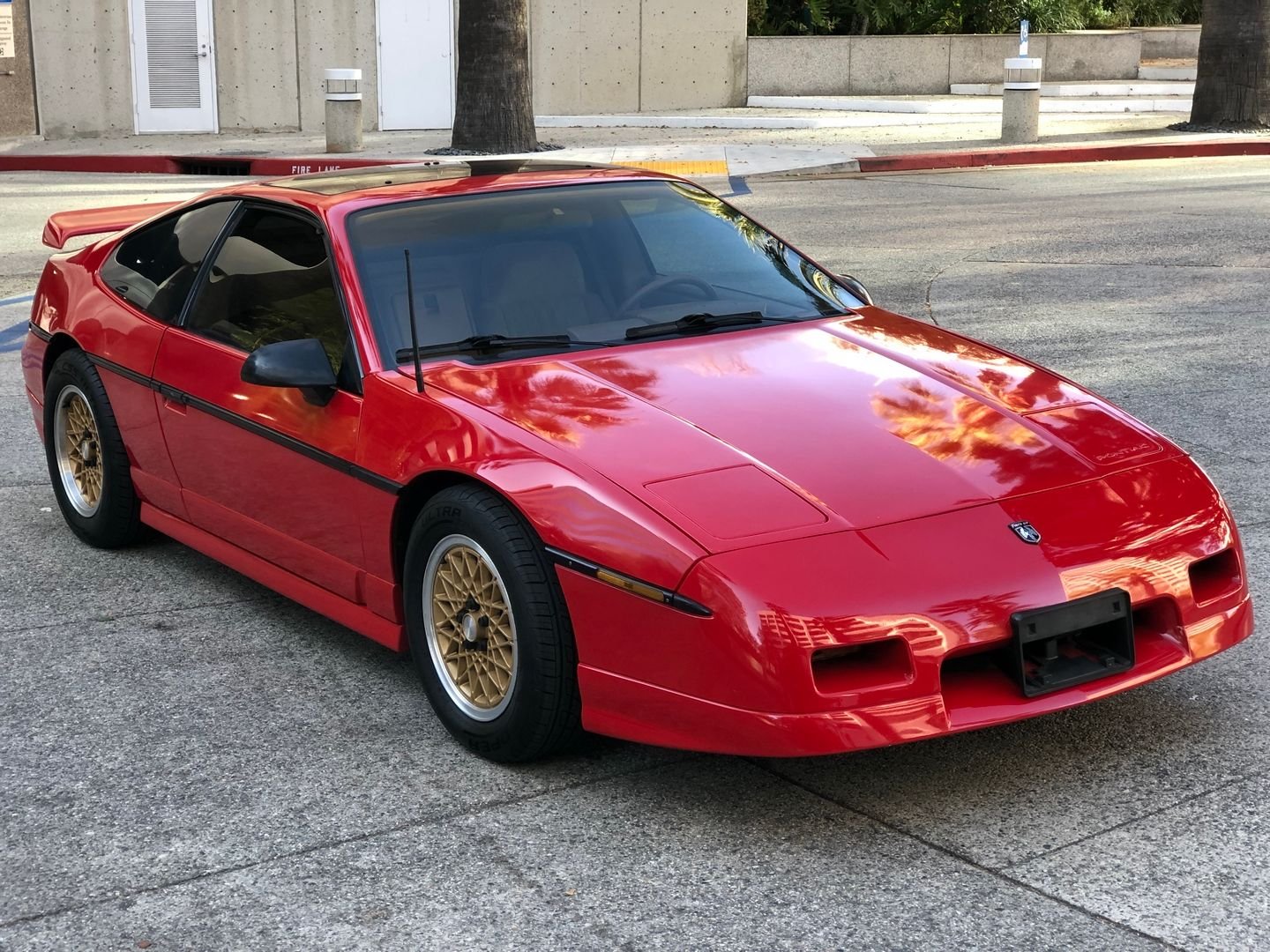 The Pontiac Fiero is a mid-engine sports car that was built by American automobile manufacturer General Motors from 1983 to 1988 for the 1984 to 1988 model years. The Fiero was designed by George Milidrag and Hulki Aldikacti as a sports car. It was the first two-seater Pontiac since the 1926 to 1938 coupes, and the first mass-produced mid-engine sports car by a U.S. manufacturer. Many technologies incorporated in the Fiero design, such as composite panels, were radical for their time. Other features included hidden headlamps and, initially, integrated stereo speakers in the driver and passenger headrests. Despite the innovations, the model was discontinued by General Motors after annual sales fell steadily. The safety reputation was bad because of explosive fires and multiple recalls. Worse, the car was a money loser—General Motors lost about $2000 for every Fiero it built.

The 1988 Fiero brought a new suspension design, thought by many to have a striking resemblance to those designed by Lotus, which at the time, was about to be acquired by General Motors. The suspension was never a Lotus design though; it was the suspension the Pontiac engineers had designed in the beginning, along with what they learned from the racing program. Up front were revised control arms and knuckles that reduced steering effort and improved the scrub radius. At the rear, a tri-link suspension with all new knuckles was installed. This new suspension came with staggered wheel sizes on WS6 suspension equipped models, with 15 in (380 mm) by 6 in (150 mm) wide wheels up front and 15 in (380 mm) by 7 in (180 mm) wide wheels in the rear for improved handling balance and to offset the slightly increased front track that resulted from the improvements. Topping off the package were the new vented disc brakes at all four corners, which addressed braking complaints of road testers. A variable effort electro-hydraulic power steering unit, the same design later found on the GM EV1, was also to be a late addition. This option never made it to production – one reason cited is that models with the prototype power steering were noted as being too loud. The four-cylinder engine received an in-pan oil filter element and balance shaft. A "Formula" option was added, which offered many of the GT features with the standard coupe body, including the 120 mph (190 km/h) speedometer, WS6 Suspension (which includes offset crosslace wheels) and the rear spoiler. 1988 marked the end of production for the Fiero. Improvements to suspension, brakes, steering, and improvements to both the four-cylinder and V6 engines took the car to a level far beyond the 1984 model that had received much criticism. 1988 was also the only year a yellow exterior color was available as a factory option. On August 16, 1988 the last Fiero rolled off the Pontiac, Michigan plant line.