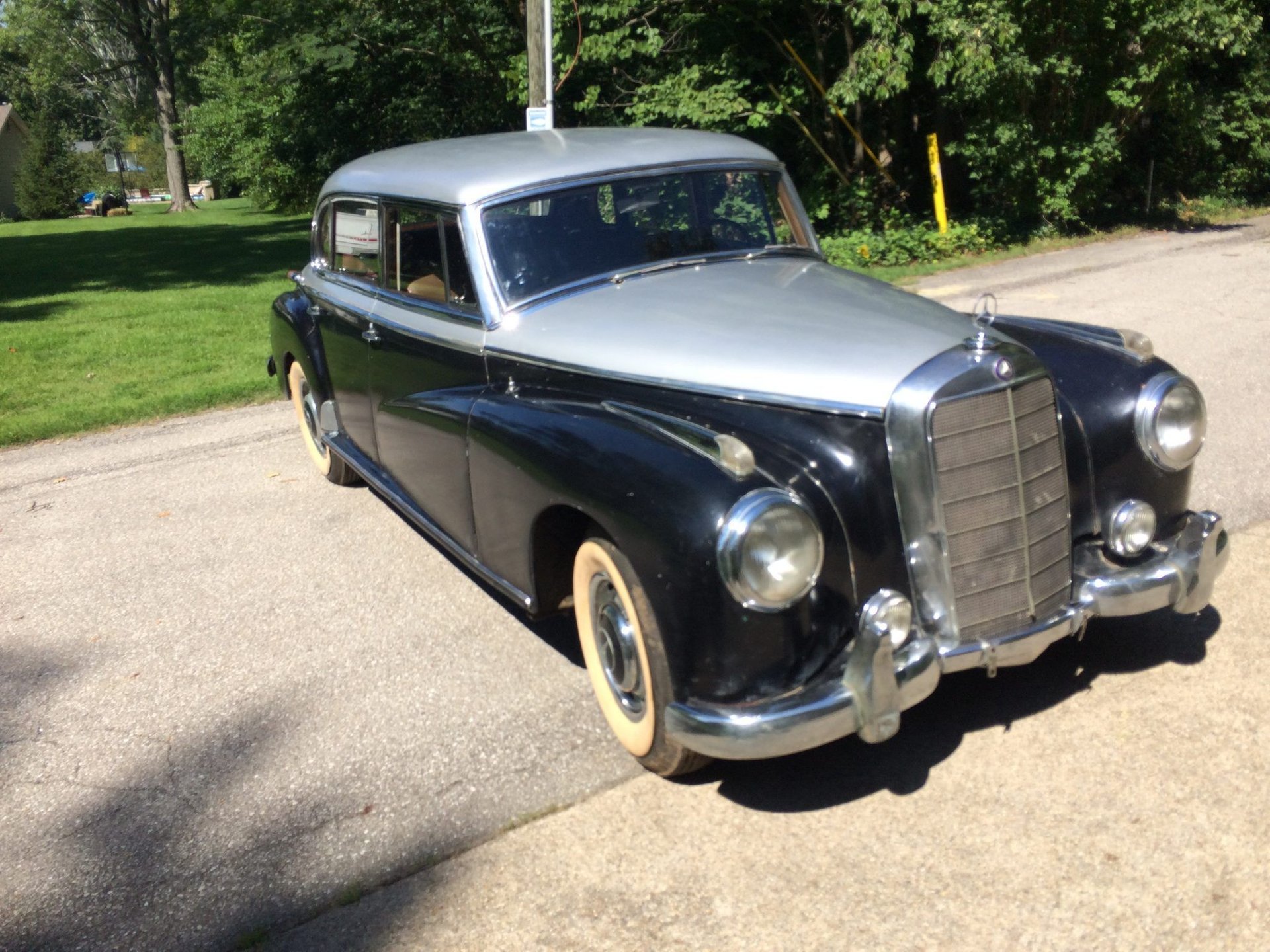 The Mercedes-Benz W186 model 300 was a four-door luxury tourer produced by Mercedes-Benz between 1951 and 1957. The company's largest and most prestigious automobile, it was the S 600 of its day, elegant, powerful, exclusive, and expensive. Three versions were produced in succession, known informally as the 300a (or simply 300), 300b, and 300c. An enlarged "300d" variant built on the W189 chassis succeeded it in late 1957.

Also referred to as a "Type 300", the W186 was equal in features and price but superior in performance to the rival Rolls-Royce Silver Cloud. Favored by statesmen and business leaders, it offered options such as a glass partition, VHF mobile telephone, and dictation machine.

Technologically advanced, the 300 was regarded as a "driver's" car, sharing numerous design innovations and mechanical components with the iconic Mercedes-Benz 300 SL "Gullwing", including engine, suspension, and chassis.

Designed to give reliable service under prolonged hard use, the engine featured deep water jackets, thermostatically controlled oil cooling, copper-lead bearings and a hardened crankshaft. With no natural cruising speed, the car could sustain anything up to its maximum speed all day, road conditions permitting.